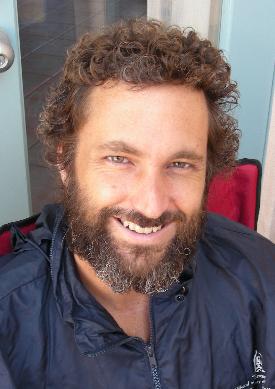 Director of Latin American and Iberian Studies and geography professor David López-Carr was named a fellow by the American Association for the Advancement of Science last week for his contributions to research on Latin American population dynamics and global environmental change.

The AAAS is a nonprofit organization that works to promote the study of science in the context of its application to serve society. López-Carr’s work focuses primarily on Africa and Latin America, researching the effect the environment in these regions has on human population trends.

López-Carr said his work has taken him to Africa, where he researched temperature fluctuations and their effects on infant mortality.

“My work has mostly been on mortality,” López-Carr said. “We get to work in Mali, for example, showing that temperature anomalies, especially with climate change, have statistically different trends on the number of infants who die from nutrition-related deficiencies.”

AAAS Senior Communications Officer Katharine Zambon said AAAS fellows create a network where researchers in common fields or with similar objectives can be recognized for their contribution to scientific development.

López-Carr said he is honored to receive the award and that he is grateful that his position at the university’s geography department has enabled him to conduct his research.

“I immediately think of all the support of all the people that are necessary to make this happen,” López-Carr said. “I don’t receive an award without being in the top department, such as the one I am in. Being a part of University of California, Santa Barbara, particularly my department, has really associated my being able to do the research that I love to do.”

According to Bill Norrington, a writer and editor for the geography department, López-Carr’s colleagues are proud of his achievements.
“We are extremely happy for David,” Norrington said. “We are honored that he is a member of our faculty and honored that he has brought us such attention. Everybody applauds his award.”

To be named an AAAS fellow, individuals must first be a four-year member of AAAS and then be nominated by either the Steering Groups of the Association‘s 24 sections, any three previously elected Fellows who are current AAAS members of the Chief Executive Office. The nomination is then approved by the Steering Group and lastly taken to the AAAS Council for a final vote. This year, 401 new members have been elected as AAAS fellows, with Carr being the only UCSB professor to be named a fellow this year.

A version of this story appeared on page 7 of the Thursday, December 4, 2014 print edition of the Daily Nexus.