The Daily Nexus
News
Students Respond to Recent Executive Order
December 2, 2014 at 12:09 am by Teddy Krolczyk 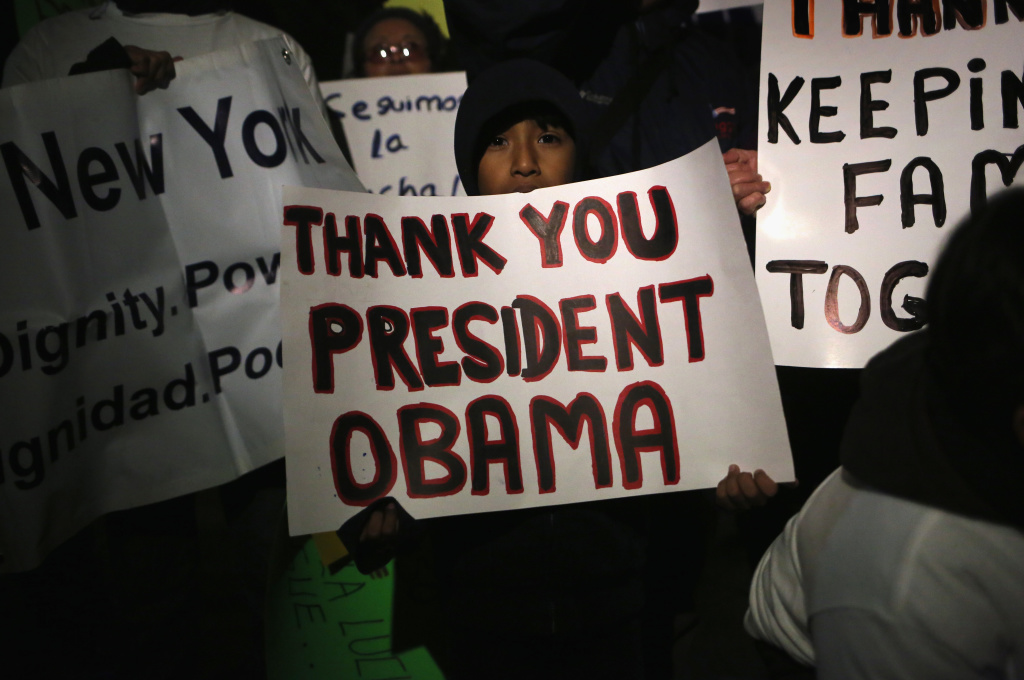 The controversial executive order will shield almost five million individuals living in the U.S. illegally from deportation. Undocumented immigrants protected by the president’s actions can also obtain work permits and a Social Security number as a condition of paying into the Social Security system through payroll taxes.

College Republicans President and fourth-year psychology and political science double major Alice Gilbert said the executive order was inappropriately enacted and should have been passed by Congress, not the president.

“I think that President Obama is acting under pressure, as he has promised to take action regarding immigration reform since his first term,” Gilbert said. “While Congress has certainly been delayed in passing a viable immigration reform bill, I do not think it was appropriate for the president to do so unilaterally in place of Congress.”

However, according to Campus Democrats spokesperson and fourth-year global studies major Jacob Lebell, Obama’s executive order was necessary in order to catalyze essential and long-awaited immigration reform in the U.S.

“Yes, Obama is feeling pressure, [but it’s] because our political system is so screwed up and corrupt that Congress has removed itself from the will and the needs of the people,” Lebell said. “Congress is so screwed up that the only way we can have something like this executive order is if Obama takes action himself.”

“I think the executive order will benefit many families and make a positive impact,” said Fargas. “The order will give students with undocumented parents a brighter outlook on an already stressful future for them.”

However, according to Gilbert, the executive order is unfair to many individuals who have applied for U.S. citizenship and could encourage further illegal immigration into the country.

“Providing amnesty to millions of illegal immigrants without the consent of Congress is a snub to those people who applied legally for citizenship and have had to wait years to become American citizens,” Gilbert said. “I [also] believe it will encourage more people to come to the U.S. illegally with the idea that they will no longer face deportation.”

Fargas also said she is concerned with how Obama will handle possible issues of overpopulation or job scarcity as a result of a potential influx of immigrants coming to the U.S.

“My concerns regard how the president will address population growth due to immigration, and balance the amount of jobs and services available to everyone in the U.S.,” Fargas said.

According to third-year communication and film & media studies major JáNae Powell however, the executive order is necessary in order to give recognition to individuals already residing in the U.S. and positively contributing to the country.

“Immigration in the U.S. needs a lot of reform, but recognizing the people that are already here and contributing to our economies is a vital part of that,” Powell said, “and so is providing pathways for them to continue being productive community members with the support of the U.S. government.”

While criticizing Obama’s decision-making process, Gilbert said the executive order will ultimately have a positive result on the country, as a more reasonable immigration plan will have to be introduced in the context of the 2016 presidential elections.

“Despite this, I think that overall this will have a positive impact because Republicans will now be forced to respond with a more sensible immigration solution,” Gilbert said. “I also think that whatever solution they come up with will still appeal to a majority of people as the Latino vote will be crucial in the 2016 presidential election.”

I guess I just can’t understand how it is OK for people from Europe, Asian & African countries to have to get in the queue and wait and follow the law… but if you can catch a bus north, the rules can be “forgotten” because you broke the law successfully. My family was separated for 8 years before one gained CITIZENSHIP and brought the rest of the family to the US. Most of the economic refugees we’re talking about are not interested in learning english or becoming a citizen, they want to get documents so they can sign up for… Read more »

President Obama using executive orders to enact such sweeping reform unilaterally is precisely the way in which our political system is “so screwed up”, as Mr. Lebell points out. Whether he likes it or not, it is the job of Congress to make the laws in the United States, and the job of the President to faithfully enforce them, not the other way around.