The Daily Nexus
Sports Blogs
Money Ball Gone Too Far
December 2, 2014 at 5:31 am by Edward Moss 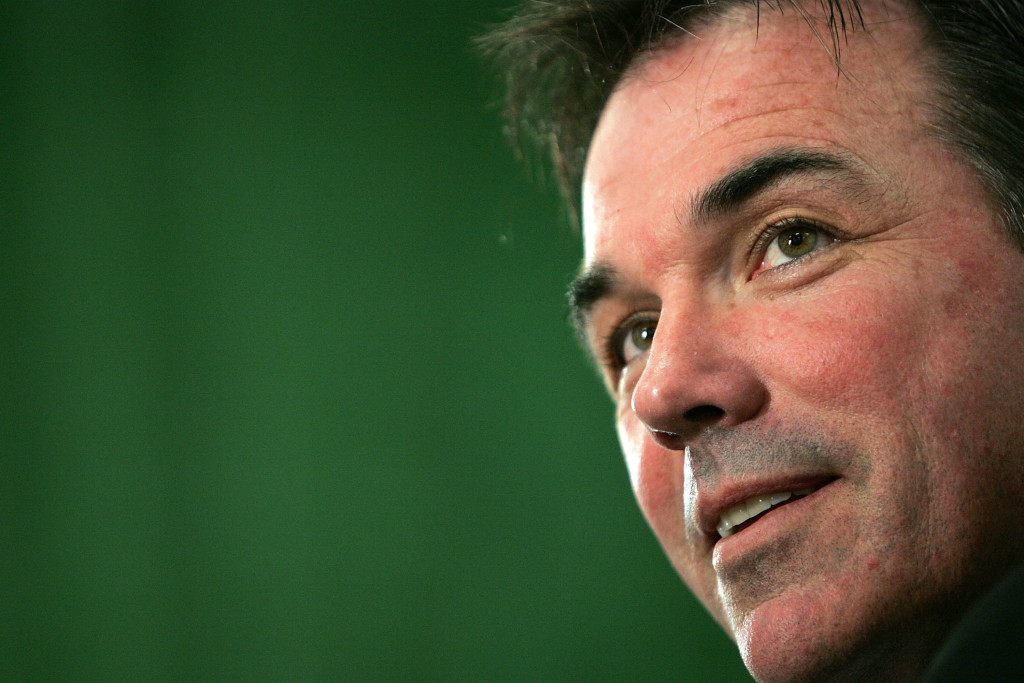 While I’m a San Francisco sports fan through and through, it’s time to give an Oakland team some attention. And since the Raiders aren’t worth talking about with their one win in the past year, I’ll focus on the Oakland Athletics and how General Manager Billy Beane made two bad decisions this week to make his team weaker than it was before.

First, Beane signed free agent DH Billy Butler to a three-year 30 million dollar deal. The A’s are a small market ball club so any time they spend over 10 million on a player it is a big deal. For another team this wouldn’t look like a terrible deal, but the A’s cannot waste money so I do not understand why they would throw 10 million dollars a year to a player who cannot play in the field and is coming off his worst season of his career offensively.

The 28-year-old hit .271 with nine homeruns and 66 RBIs in 151 games in 2014 for the American League champion Kansas City Royals. His best season was in 2012 when he hit .313 with 29 homeruns and 107 RBIs. Butler is a good hitter who started his career hitting line drives and later in his career he has been able to turn those doubles into homeruns. But the A’s do not need another player who cannot field, and definitely not for 10 million dollars per season. With how much the A’s are spending on him, Butler will be expected to play every day and produce like the All-Star he has been in the past.

On Friday the A’s traded their best player of the last two seasons, third baseman Josh Donaldson, to the Toronto Blue Jays for third baseman Brett Lawrie and three prospects. Donaldson batted .255 with 29 home runs and 98 runs batted in 158 games with Oakland last year. He finished in the top ten for AL MVP voting the last two seasons and now joins outfielders Jose Bautista and Edwin Encarnacion in Toronto as one of the most powerful trios in the MLB. It does not make sense why Beane would want to trade his best player now, as Donaldson will not be a free agent until 2018 and is possibly the most cost-efficient player in baseball.

In return the A’s got a new third-baseman in Lawrie, a 24-year old former first-round draft pick of the Milwaukee Brewers. He has not played a full season at the Major League level, but has shown great potential over the years. He hit .247 with 12 homeruns and 38 RBIs in 70 games last season. He missed most of the final three months because of a broken finger and an oblique strain.

For a player like Donaldson, I would have expected the A’s to receive higher ranked prospects from the Blue Jays’ farm system. Coming to Oakland’s organization will be right-hander Kendall Graveman, left-hander Sean Nolin, and shortstop Franklin Barreto. Graveman and Nolin have pitched less than five innings each in the major leagues and will be competing for roster spots in the spring, while Barreto, 18, is still a few years away from the major leagues.

The A’s added an expensive player who cannot field and traded away their best player in the last week for a minimal package of players. These are confusing decisions for a team that made the playoffs the last two years and would seemingly want to add players to move in the direction of overtaking the Los Angeles Angels for the AL West Division Crown next season. Billy Beane has made a lot of extremely intellectual moves in his time, but I don’t think either of these falls into the same category.