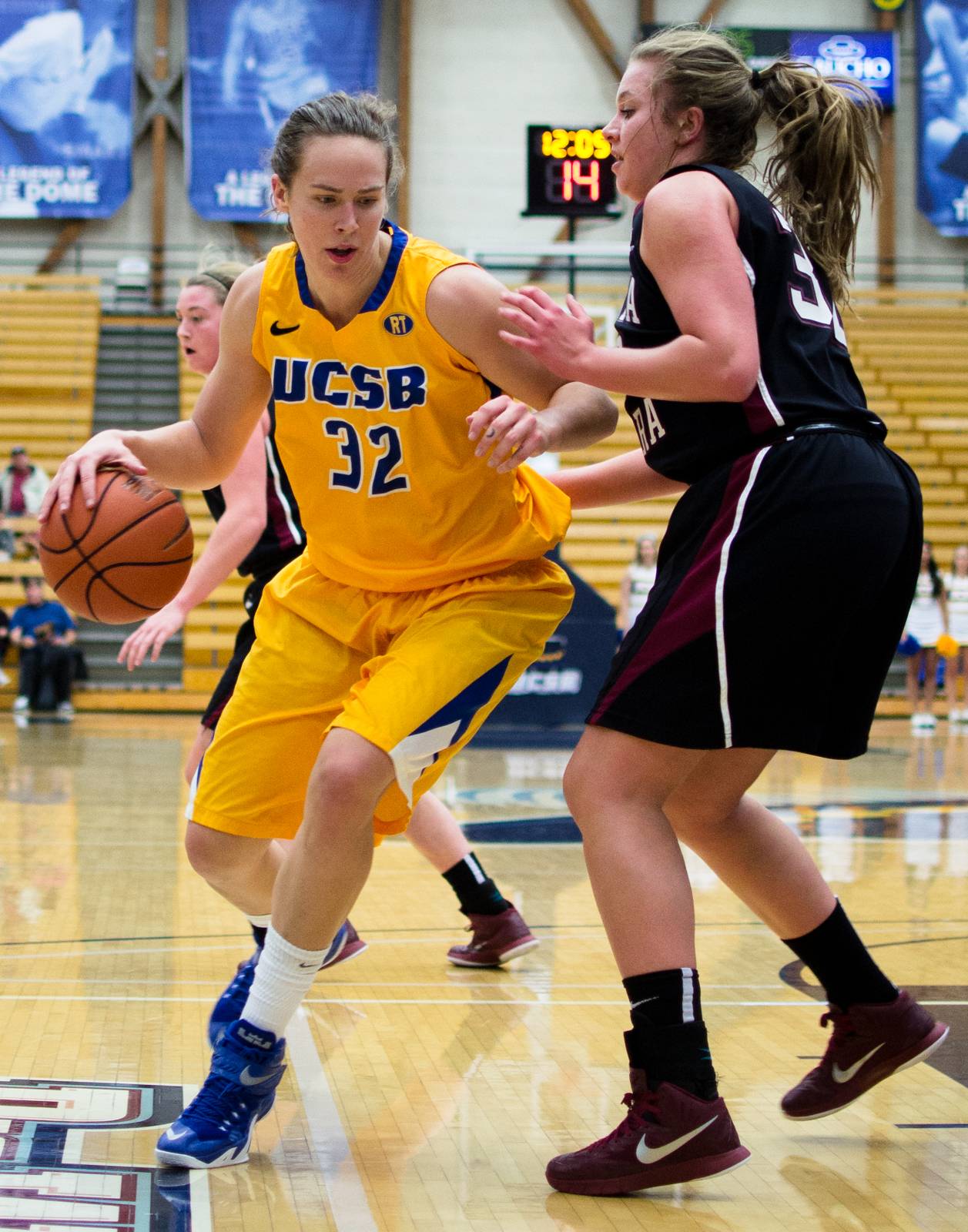 For the fifth time this season, the UCSB women’s basketball team failed to shoot higher than 30 percent from the field as it fell 61-39 to Army on Friday at home.

The loss is the sixth straight for the Gauchos to open the season and their 11th dating back to last year. After defeating UCSB, the Black Knights took down Pepperdine two days later to extend their winning streak to five games and improve to 5-1.

Neither the Thanksgiving break nor the return to the Thunderdome was enough to turn the Gauchos’ early-season offensive troubles around as they got out to yet another slow start. A layup by junior forward Brianna Johnson put Army up 16-5 less than nine minutes into the game.

UCSB’s Onome Jemerigbe was the lone bright spot for her team in the first half, where she scored 13 points to help keep her team alive early on.  The sophomore made 7-10 free throws for the night, eventually finishing with a career-high 15 points and a team-high three assists. She is now the team’s leading scorer at eight points per game.

After going down 28-13 at the 4:15 mark, the Gauchos showed some life by going on an 8-0 run, capped off by a three-pointer by freshman guard Makala Roper to make it 28-21. Roper was once again a solid contributor as she made her first career start, scoring eight points on an efficient 3-6 shooting night that included two three-pointers. Her 37.9 percent from downtown this season is the best on the team by a mile.

Things went south from there, as the Gauchos failed to make a field goal for the next 17 minutes, allowing the Black Knights to go on a 22-0 run.

Junior guard Kelsey Minato led the way for her team, scoring 14 of her team’s 22 points during the dominant stretch. Minato finished the night with a season-high 26 points on 10-14 from the field and 5-8 from beyond the arc. As a team, Army shot 52.3 percent from the field, marking the third-straight game it has shot above 50 percent.

The Black Knights extended their lead to as high as 29 in the second half before eventually taking a 61-39 win.

The Gauchos were able to get to the free-throw line for a season-high 25 attempts. However, despite the fact that their solid free-throw shooting had been one of the few things that had gone right on the offensive side through their first five games, that was not the case on Friday night as they shot an abysmal 11-25 from the line. Santa Barbara was also outrebounded for the fourth straight game 39-29; something that can be attributed to their poor shooting more than anything.

Next up for UCSB is a game against Washington State this Thursday at 4:00 p.m. as it continues to search for its first win of the season.