A Look Back At Isla Vista’s Attempts, Triumphs and Failures regarding Self-Governance, Part I 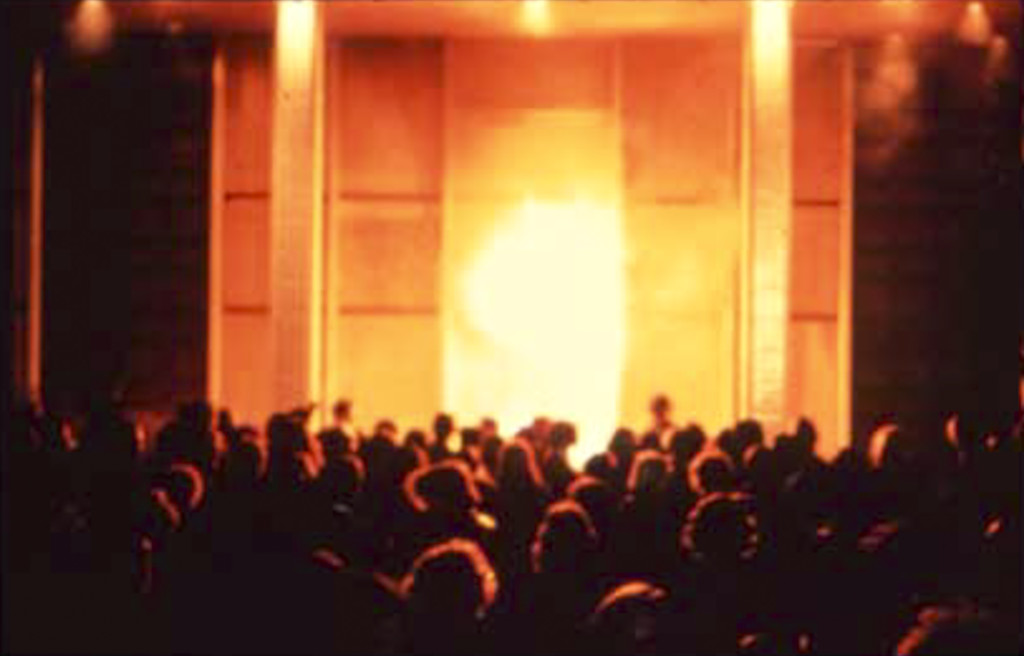 On the night of February 25, 1970, a large crowd gathered to watch the Isla Vista branch of Bank of America burn. (El Gaucho Photo Archive)

In Isla Vista’s nearly 70-year history as the primary home of UCSB students, various residents and activists have made multiple attempts in the 1970s, 1980s and early 2000s to establish a form of governance within the square-mile neighborhood, all of which have failed thus far.

I.V.’s official status is a census designated place (CDP), a label used by the U.S. Census Bureau to identify a given population that carries no governmental structures within it. CDP’s are typically under the direct supervision of county governments, as is I.V., which is represented on the Santa Barbara County Board of Supervisors by 3rd District Supervisor Doreen Farr. The only agency within I.V. that have any authority over the area is the I.V. Recreation and Parks District, which is responsible for I.V.’s numerous public parks.

When the Board of Regents established Santa Barbara State College as the third campus of the UC system in 1944 and pursued further enrollment, the population of I.V. also began to grow. Despite this, the level of existing infrastructure remained relatively low until the 1960s, when the Board of Supervisors created a zoning committee for I.V. that allegedly allowed development to occur with looser restrictions, according to longtime resident Carmen Lodise. 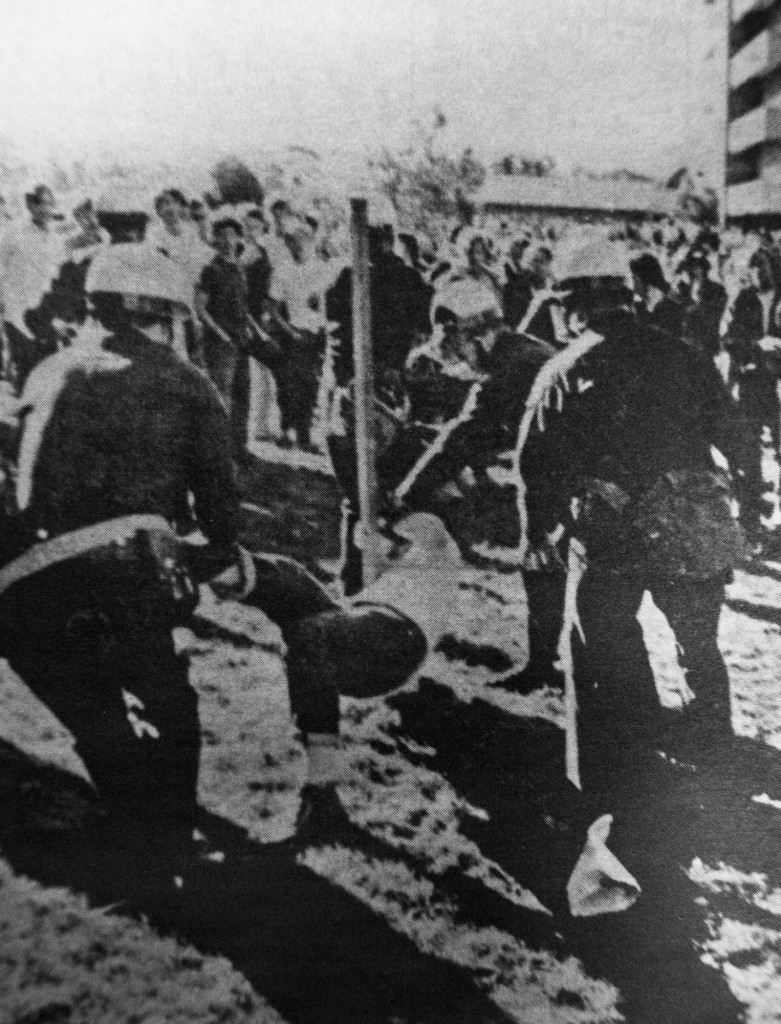 Self-governance for I.V., according to Lodise’s book Isla Vista: A Citizen’s History, was never seriously considered until the 1970s. According to the book, a movement to give I.V. a stronger form of government manifested after several civil disturbances in the ‘69-‘70 academic year, which culminated in the infamous 1970 I.V. Bank of America burning and the deployment of National Guard troops to the area by then California Governor Ronald Reagan.

Several months after the bank burning, during a second civil unrest in April 1970, 21-year-old student Kevin Moran was shot and killed by police while trying to put out a fire on the steps of the rebuilt Bank of America building. After previously attributing the death to a sniper, the Santa Barbara County Sheriff’s Department admitted several days later that the killing of Moran was from an accidental discharge from a Santa Barbara Police officer’s rifle.

Following the bank burning, in April 1970 the Board of Regents established a seven person committee to determine the role of UC Santa Barbara in governing I.V. The commission issued a report in October of the same year that became popularly known as the Trow Report, after committee member Martin Trow, a UC Berkeley sociologist. The report contained seven recommendations for university involvement in I.V., among them directing UCSB to adopt policies recognizing I.V. as integral to student life, giving the campus vice chancellor authority over university services in I.V. and building university owned apartments for students in I.V. The report also said the university should act to encourage greater collaboration with the County in governing I.V. and that the size of the student population be limited to 1970 levels. 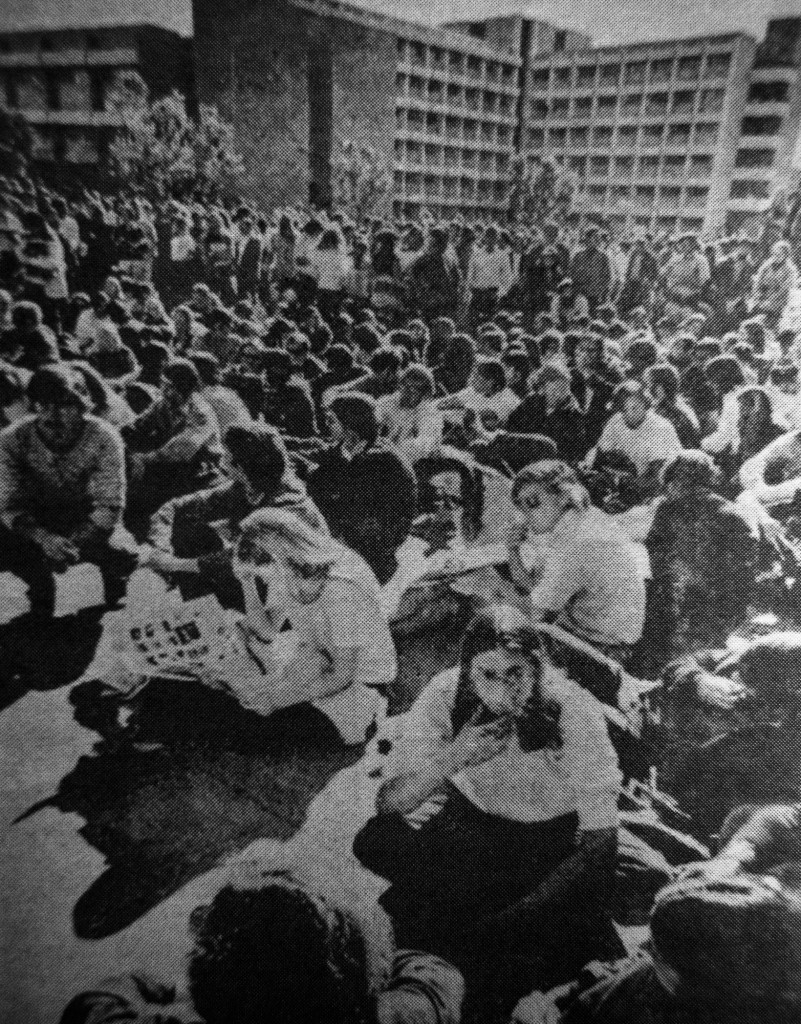 Following the civil unrests of early 1970, the I.V. Community Council (IVCC) was formed and officially recognized by the Board of Supervisors and the Board of Regents, both of which provided funding to the body, which took it upon itself to provide an open forum to allow Isla Vistans to democratically address issues faced by the area. According to Lodise’s book, the council would decide by consensus on actions they believed would serve I.V. and would then present them to various government entities, such as the university and the County. The council, made up of 11 representatives, split I.V. into eight precincts and gave each one a vote.

According to Lodise, cityhood was first on the minds of many residents following the 1970 Bank of America burning.

“It was not unreasonable to incorporate all the area into a city,” Lodise said.

In A Citizen’s History, Lodise states over 80 percent of the I.V. electorate favored cityhood in an advisory election in 1972. Among the most significant actions taken by the IVCC however was the commission’s role in pushing for cityhood for I.V. and in submitting a proposal for cityhood in September 1973 to the Local Agency Formation Commission (LAFCO), a county entity responsible for overseeing the establishment of local governmental agencies.

In November of 1973, the Board of Regents, then-UC President Charles Hitch and university administration came out in opposition of including the campus in an incorporated I.V. Shortly thereafter, the Santa Barbara County LAFCO rejected a cityhood election request from I.V. on a 4-1 vote, according to Lodise in A Citizen’s History.

CHECK OUT THE DAILY NEXUS WEBSITE TOMORROW FOR PART TWO OF THE SERIES: 1970s – 1980s 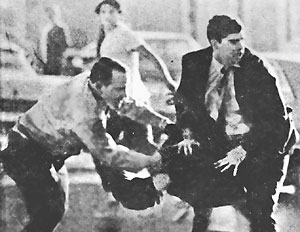 On Feb. 25, 1970, police officers work to restrain a resisting former UCSB student, Rich Underwood, after mistaking a bottle of wine he carried for a molotov cocktail. (El Gaucho Photo Archive)

I still have my Peoples Order of the Burning Bank award for collecting 1,3000 signatures on the last IV Cityhood drive in 1983.

We appreciate the work that you have done in the past. We ask that as others do work today to improve Isla Vista, that you don’t attack their work.

For the missing “Part 0” of this history (before 1970), the old Isla Vista Free Press had a nicely not-too-long article that covered it! http://www.library.ucsb.edu/sites/default/files/attachments/special-collections/research/ivweb/ivFP/FreePress_2_10_87.pdf – pages 2 and 6.

Josh, What’s your point?…Or are you just being passive aggressive? If you don’t like the heat, get out of the kitchen.

My point is that it is fine if you are attacking substance (whether I agree with you or not, like what you are saying or not, or whether you are making things up out of whole cloth), but stop attacking and harassing people unreasonably and stop sharing other people’s personal information (including where they may or may not live, and their personal emails).

(This primarily is in reference to other articles.)

Josh, Now you got me confused..why don’t you want folks to know you use Goleta as your address? How is that attacking or harassing you?

I ask you to cease and desist your defamatory and libelous false statements about me.