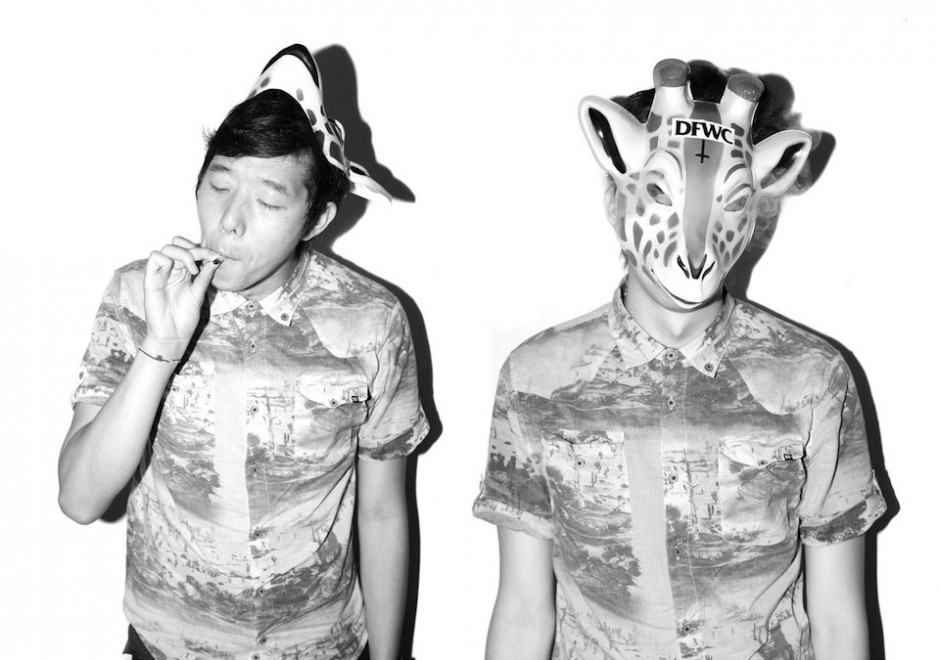 Touring with the likes of Porter Robinson, Phantogram and XXYYXX, San Francisco-based producer, Giraffage, has made quite a name for himself in the electronic music sphere over the years. He first gained widespread acknowledgement and popularity back in 2011 after releasing his first full-length album, Comfort, and later became known for his original sample-based tracks and catchy, sensuous R&B remixes.

The digital wizard (real name Charlie Yin) seems to make a point of being open and accessible to his fans, using social media platforms to bridge the gap between him and his admirers. He regularly broadcasts his humor and wit on Twitter and Facebook, and he’s seriously funny. It seems as though being open and personal comes naturally to the 24 year old and translates fluently into his music. His newest EP No Reason, released on Nov. 18 is no exception. With minimal lyrics and bass lines, the songs allow listeners to fill in the blanks and infuse their own meaning into each track. This effect is clearly intended; the producer even stated “I like the idea that different songs will be interpreted differently by different people.”

At barely fifteen minutes long, the entire album plays out like an ongoing stream of consciousness. It opens with the song “Hello,” which is heavy with repetition and sets the record up with an almost jazzy energy. Because Japan is Giraffage’s self-proclaimed favorite place in the world, it’s no surprise that this whole album seems to play on Japanese video game vibes. This is ever-prominent in the pop-y, dance-worthy “Tell Me,” with light percussion and elongated vocals, is the standout track on the album. In a recent interview, Yin was asked which track gets the best reaction live. “I love playing ‘Tell Me’ live because people always go nuts over the weird minimal drop that comes out of nowhere,” he said.

The album’s third track “Chocolate,” is named after Yin’s dog, and is distantly reminiscent of the cheerful upbeat tunes heard in Nintendo games (imagine Yoshi mindlessly catching eggs through a field, with no Shy Guys or villains present) but more structural and beautiful. This serves almost like a happy, carefree interlude into the similar if not somehow darker and more foreboding “Anxiety.”

“Be With You,” the closing song on the record, and the one that evokes the artist’s signature feeling of cutesy romance, almost seems like throwback to his earlier hit of last year, “Feels,” but it is made to fit this album’s livelier tone. Although No Reason stands as Giraffage’s third released album, it holds more intimate weight as his “first endeavor in writing music completely sample-free.”

Pick up Giraffage’s new EP No Reason on iTunes, or listen for free on SoundCloud, but in doing so be prepared to become a long term acolyte of the talented and loveable producer.