The Daily Nexus
Water Polo
UCSB Caps Off Season with Seventh Place Finish in MPSF Tournament
November 24, 2014 at 5:01 am by Edward Moss 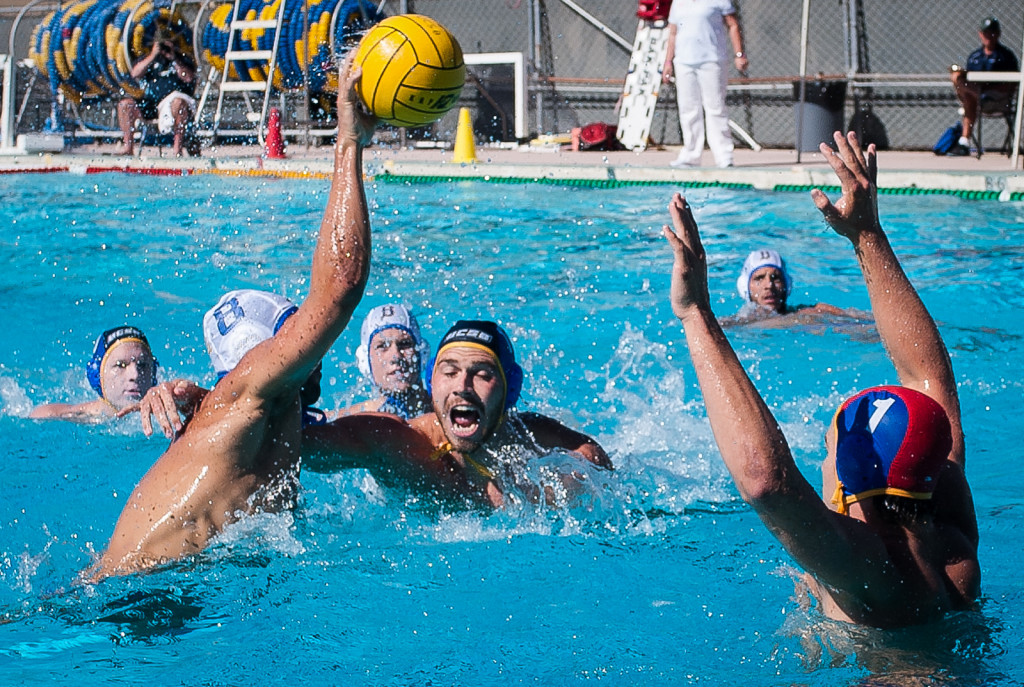 The UCSB men’s water polo team had a strong showing in the MPSF tournament this weekend as the Gauchos finished in seventh place after entering as the No. 9 seed. It was a solid weekend of water polo for the Gauchos as they finished their season with a win against UC Irvine yesterday morning to cap a weekend of two wins and two losses, bringing their final record to 11-15.

​“It was a great weekend overall,” freshman attacker Shane Hauschild said. “We had a rough couple of weeks, but at the end of our last match [against UC Irvine] everyone was all smiles. A great way to cap the season.”

​The Gauchos defeated UCI 10-5 in their final match of the weekend to take seventh place in the tournament. Junior Ryan Baliani and senior Brendan McElroy each scored three goals in their final appearances for UCSB. It was a strong showing from the Gauchos who lost to the Anteaters the previous weekend.

​Just one day prior to their win against Irvine, the Gauchos played a strong match against California, losing 11-9 in an extremely hard fought contest. In a matchup between the No. 9 and No. 5 seeds in the tournament, the Gauchos came in as the underdog and kept the score close the entire match thanks to a strong defensive unit led by junior goalie Chris Whitelegge and his 13 saves. However, tied at the end of the first quarter 3-3 and entering the second half down 7-5, the Gauchos just couldn’t find a way to cut down the Bears’ lead.

​Friday afternoon, after coming away victorious in a win-or-go-home match against Pacific, the Gauchos took on UCLA, the No. 1 seed coming into the tournament. UCSB fell to the Bruins 14-8 in a match where Santa Barbara had eight different scorers. The Gauchos were not able to come back after going down 6-0 at the end of the first quarter.

​The most important match of the weekend was the first on Friday morning at 8 a.m. as the No. 9 seeded Gauchos took on No. 8 seeded Pacific in a playoff match between the bottom two seeds in the MPSF. After losing nine straight matches, the Gauchos beat the Tigers 8-6 in a come-from-behind victory where Santa Barbara entered the final quarter down 6-5.

​The Gauchos went down 2-0 to begin the game before getting goals from Jordan and Hauschild to tie the game. After the match was tied at halftime 3-3, the Tigers went up with three goals in the third quarter to the Gauchos’ two.

​Junior 2-meter Liam Gaughan tied the match at 6-6 with 6:11 left in the match. One minute later, McElroy gave Santa Barbara a lead it would not relinquish. Jordan added an insurance goal with 40 seconds left as the Gauchos ended their winning streak and continued in the tournament.

The season now ends on a positive note for the Gauchos after a solid showing in their final tournament of 2014.