The Daily Nexus
Swim and Dive
Men’s Swim Takes First in A3 Invitational
November 24, 2014 at 4:55 am by Daniel Moebus-Bowles 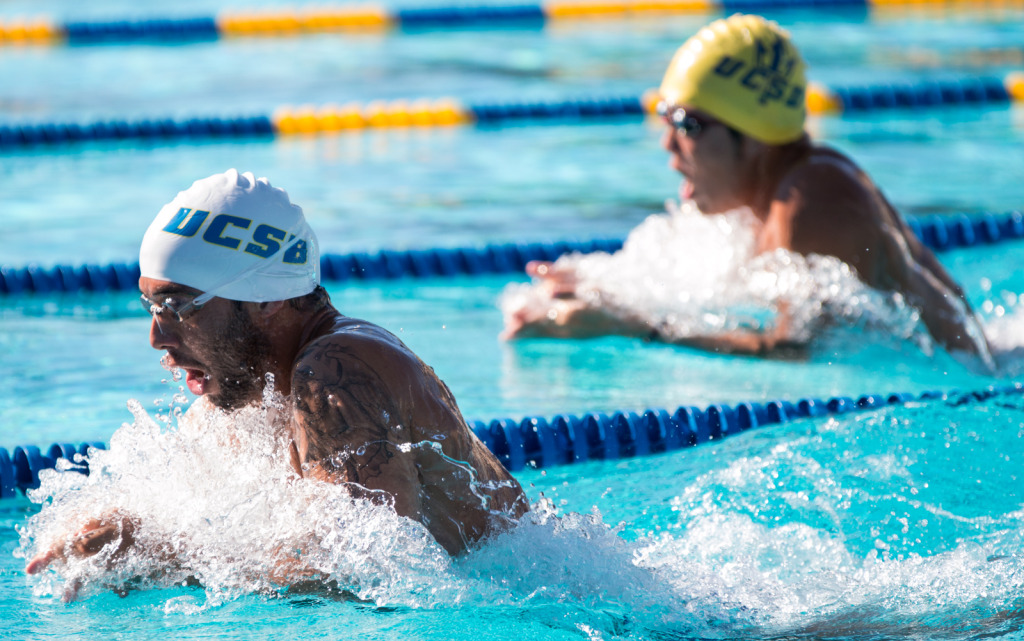 This past weekend the UCSB swim teams headed to UC San Diego to compete in the A3 Performance Invitational. Both teams would prove dominant in the competition as the men’s team took 1st place in a pool of nine schools, and the women’s team landed 3rd in a pool of 15.

Coming into this three-day meet, the men held a record of 2-2 while the women stood at 3-2.

“We had a very good meet,” Head Coach Gregg Wilson claimed. “I can’t remember the last time that we were in a situation like this to start the season. It’s very gratifying to receive the results that you set out to obtain.”

The men were working on all cylinders with proficient performances in both the sprinting events and those of long distance. Perhaps where they were the most dominant was the 200-yard fly event. Of the eight individuals who made it to the final event, five of them were Gauchos. Those five went on to sweep 1st to 4th places, as well as taking 7th, with junior Mickey Mowry and freshman Chris Nolan leading the way with times of 1:44.84 and 1:46.66., respectively.

In the sprinting events for the men, it was none other than senior Wade Allen who helped his team to a first place victory. In the 100-yard freestyle race, Allen came in at a time of 44.02 seconds to take 1st place. He also helped his 400-yard freestyle relay team seal second place in the last event of the day.

“[Allen] is easily one of the best in the country at what he does,” Wilson explained. “He makes a huge difference on this team, and he has delivered in his senior year here.”

Freshman Billy Mullis once again showed up for the Gauchos providing his athletic talents in the 200-yard backstroke. He came in second place with a time of 1:46.36.

On the women’s side of the action, a familiar face in senior Katie Records added another excellent outing to her already impressive season. She took 1st place in the 200-yard breaststroke final with a time of 2:13.56. The Gauchos kept up their recent success in the breaststroke events with sophomore Jianna Vargem following Records, coming in third place with a time of 2:14.75.

“This was like a dress rehearsal for us in respect to the MPSF Championships that are in February,” Wilson said. “We have a lot of time to prepare for our next challenge but it was good to get a measurement of where we are as a team at this point.”

The UCSB women will now look ahead to the Texas Invitational that will take place Dec. 4-6. Santa Barbara will send six of their athletes to the competition to represent the Gauchos.

Records will be the sole athlete from the women’s side to compete and the men will consist of sophomore Yoessef Tibazi, seniors Andrew Barmann, Chase Lemley and Allen, as well as Mowry. The meet is set to start that Thursday morning in Austin, Texas.