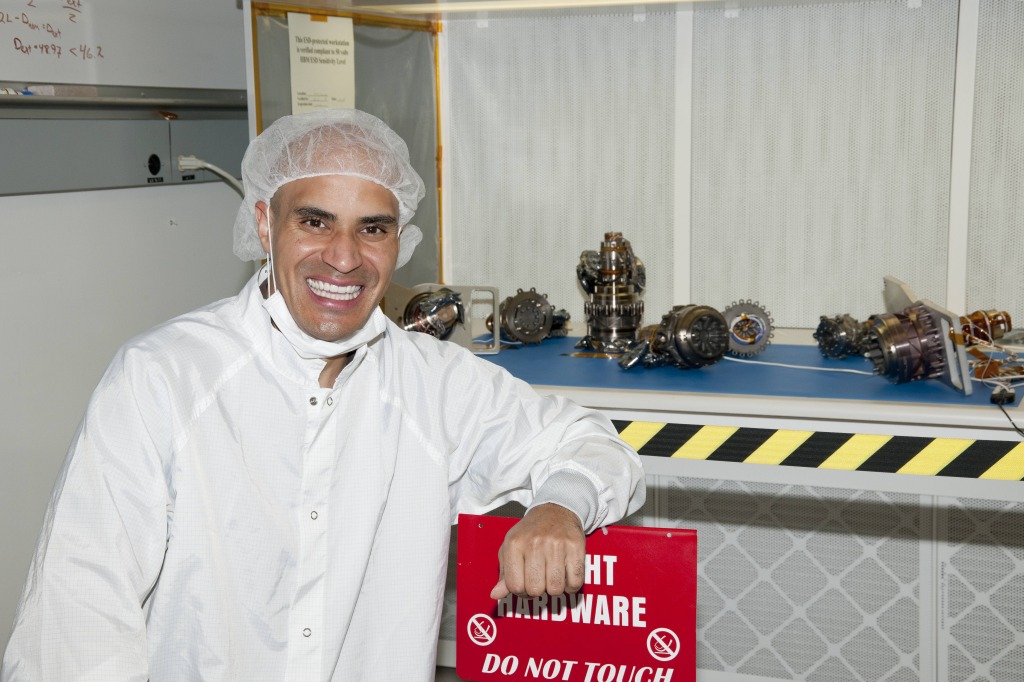 Kobie Boykins, who was part of the team responsible for two Mars exploration rovers made to look for potential sources of water on Mars, gave a lecture yesterday at Campbell Hall.
Photo courtesy of UCSB Arts & Lectures

Boykins was part of the team responsible for two Mars exploration rovers Spirit and Opportunity, both launched in 2003 to look for potential sources of water on Mars. Boykins also helped design and build solar arrays for previous rovers and is the current supervisor of the mobility and remote sensing teams for the Mars rover Curiosity.

According to Boykins, the rovers’ mission on Mars is to look for water resources, and send data back to earth for analyzing.

“Now that we stood up we’re going to be looking around again and see this new place we landed in,” Boykins said. “With Spirit and Opportunity, the job is to follow the water on Mars, to see if there were once water on Mars, to look for past evidence of water on Mars on the rocks.”

Boykins said Spirit had travelled 4.8 miles total on the surface of Mars while Opportunity had covered 25.56 miles, and both landed on Mars in 2004 which was a year after their departure. According to Boykins, the rover Spirit was named by then third-grader Sofi Collis.

Boykins said if a rover hit even a two-and-a-half centimeter wide rock, the airbag, responsible for safe landing of the rover, would have failed and resulted in a failed mission.

“There was actually nothing we could do to fix this particular problem,” Boykins said. “We could actually add more abrasion layers on the air bag to make it stronger and sturdier, but the problem was is that every time we add a new abrasion layer the air bag got heavier, which means we won’t be able to lift off as well. So we actually flew knowing that this is a possible thing that can happen.” 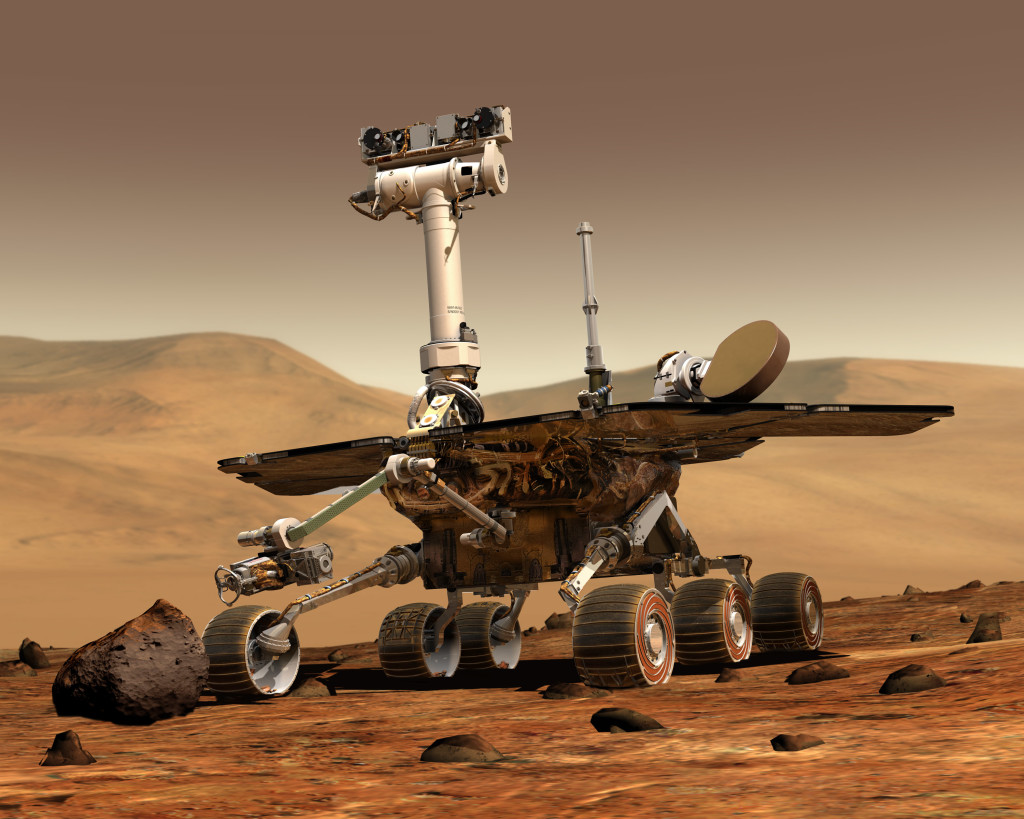 Mars exploration rovers Spirit and Opportunity, both launched in 2003, were made to look for water on Mars. Boykins helped design and build solar arrays for previous rovers and is the supervisor of mobility and remote sensing teams for Curiosity.
Photo courtesy of UCSB Arts & Lectures

According to Boykins, Curiosity, launched in 2011, is looking beyond water resources to the habitability of Mars.

“We’re doing pretty good. Now Curiosity is not just roaming,” Boykins said. “Her job now is to look not just for water in the rocks, but really start to see — Is Mars a habitable place? Could Mars have been a habitable place at some point, time, or place?”

Boykins said Curiosity is the first robot to have drilled into the surface of another planet.

“We actually added a drill, and this is the first time we will have drilled on the surface of another planet with robotics,” Boykins said. “And if anybody watched back in the Apollo days, they got on the surface of the moon, and their drill got stuck, and the astronaut had to spin around the rock.”

According to Boykins, there are many potential instances in which the rover could fail. For instance, they tested the possibility of the middle wheel of the rover landing in a crater.

Boykins said the team tested the likelihoods of failure repeatedly to understand potential restrictions of landing.

According to Boykins, NASA is planning for another Mars rover in the year 2020.

Statistics graduate student Julia Maddalen was one of the attendees of Exploring the Red Planet and said she enjoyed hearing about space exploration, especially in Mars.

“I have always been very curious about space and space exploration, and Mars is like the first big step towards man’s step beyond our boundaries,” Maddalen said. “He was very well spoken, had a lot of great insight, and I mean I guess I figured that the rovers would be incredibly complicated, but it’s kind of magical with all the hard work and science that goes into it.”

Third-year computer science graduate student Arlei Silva said the presentation content is similar to engineering subjects he is familiar with.

“He talks a lot about some engineering challenges, about having this very complex mission and what kind of challenges you have,” Silva said.

According to Silva, Boykins prompted him to contemplate ways to improve the functionality of the rover.

“He said something about the fact that it takes seven minutes for information to get there from here, and since I’m in computer science, I was wondering whether you can solve the problems from there, can use sort of intelligence, instead of waiting for seven minutes to give a response,” Silva said, “maybe have some system that can respond from there and you can keep watching and hope it works.” 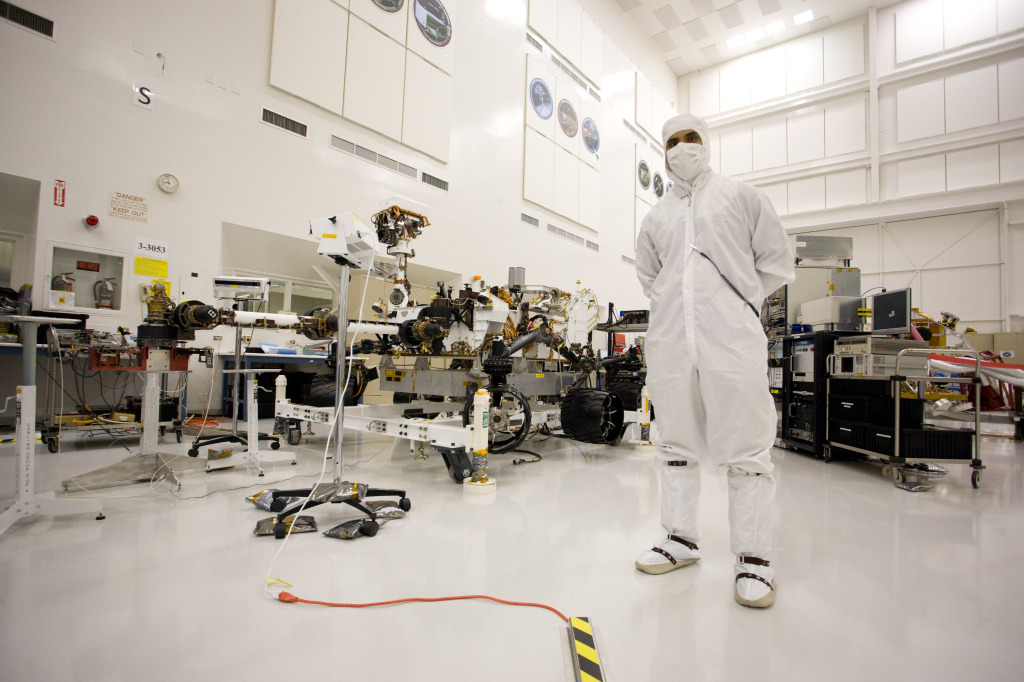 Kobie Boykins at work in a laboratory.
Photo courtesy of UCSB Arts & Lectures