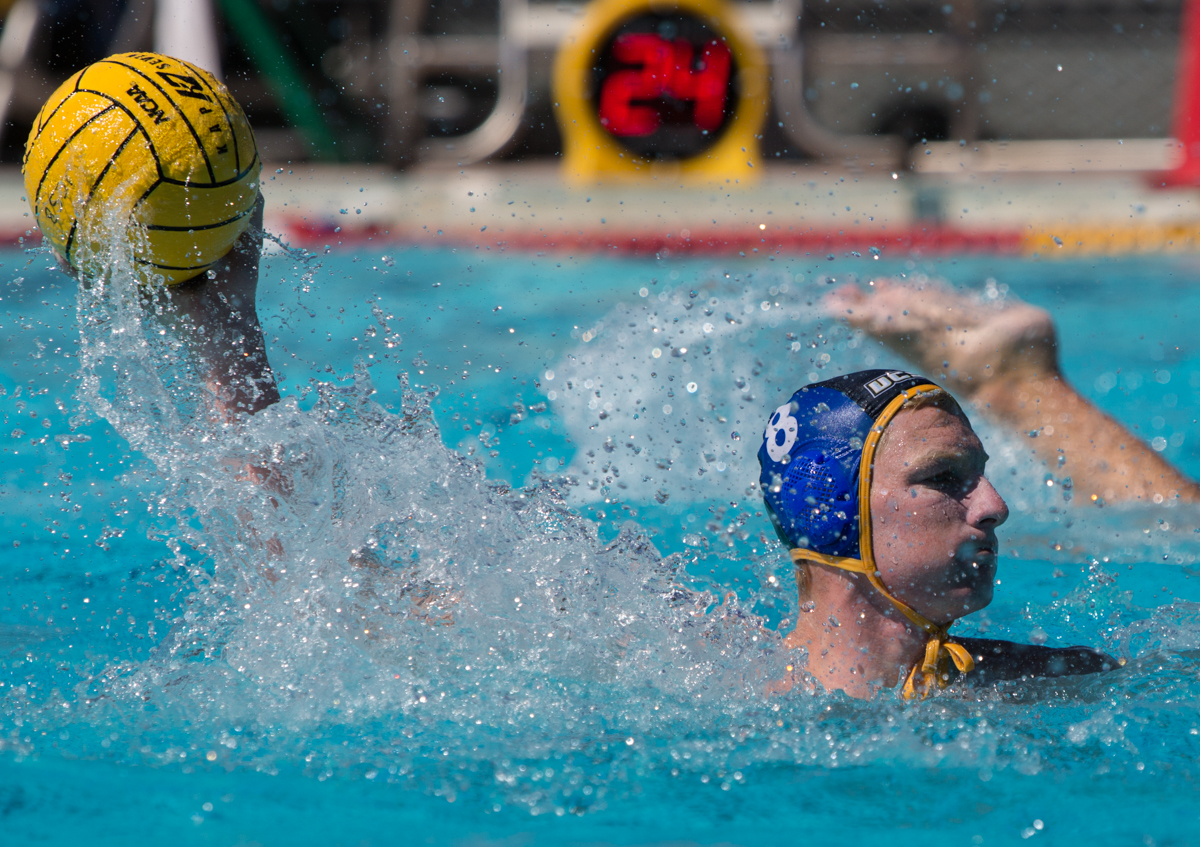 Imagine the road to being a Division One athlete. It requires strong willpower, the right body type and the ability to stay healthy, all while getting noticed by college programs. It is a long and difficult road and many people will never get the opportunity to finish the ride.

Now imagine being a Division One athlete for two sports. Sounds near impossible, right? Freshman Shane Hauschild is about to finish a stellar first season on the UCSB men’s water polo team and he will soon join the ranks of some of the most talented athletes as he takes on the challenge of playing for the UCSB men’s volleyball team in the same year.

“When I tell people I’m going to play two sports here the look on their face is impressed, but also at the same time most of them say it’s gonna be a lot of work,” Hauschild said. “I want to try it this year and see if I can handle both sports and school. We’ll see about next year, but this year for sure I’m gonna try it.”

Hauschild is a born and bred Santa Barbara boy. He went to San Marcos High School and it was an easy decision for him to stay in the beautiful coastal town for college at UCSB.

When he started practicing with the water polo team this summer, he joined a squad full of home-grown players that he had grown up watching and playing against. Junior utility Chase Racich and junior attacker Kevin Cappon played together at Dos Pueblos High school, while freshman defender Kenny Constantinides and senior utility Brendan McElroy both attended Santa Barbara High School.

“I remember looking up to Kevin and Chase when I was a freshman in high school because they were on the varsity team at “‘DP’” and their team was super good,” Hauschild said. “I watched them play and it was on a whole other level. Now that I’m playing on a team with them is super crazy. They know a ton about the sport and they’ve taken me under their wing.”

Hauschild has played a huge role on the water polo team this year. He leads the team with 27 goals and 43 points, when coming into the season he was happy just to be one of only two freshman to make the traveling squad, along with attacker Josh Jordan. While the team has had a down year, Hauschild’s emergence as a star has been the highlight of the season.

“Shane played a huge role on our team this year. He has a crazy pump-fake and an excellent shot,” Racich said. “Once he gets a little stronger and starts shooting more he could become one of the best players in the country.”

After playing soccer his entire life, Hauschild decided to play water polo his freshman year of high school after seeing his younger sister play. He made the team and fell in love with the sport from the beginning.

Blessed with a six foot, five inch frame, he was also able to play an integral part on the San Marcos volleyball team in the spring, giving him a chance to use different muscles and get out of the water for another sport that he both enjoys and excels at.

After committing to UCSB on a water polo scholarship, Hauschild contacted UCSB’s head volleyball coach Rick McLaughlin to get him to come out and watch Hauschild play for San Marcos. Playing outside hitter, Hauschild impressed McLaughlin and he was given a spot on the Division One team.

With the water polo season coming to a close this weekend at the MPSF tournament, Hauschild is still fully involved with the water polo team, but he will soon be joining the volleyball team for its winter practices. He plans to practice with the team, hoping to earn a spot on the traveling squad, but he remains committed to water polo over any other sport.

“As soon as polo is over I’m gonna start practicing with [the volleyball team],” Hauschild said. “I haven’t touched a volleyball since polo started so I’m gonna be pretty rusty. If I was transitioning back to playing at a high school level it wouldn’t be too bad, but this is a whole other level so it’s definitely gonna be interesting.”

Many athletes could only dream of being in Hauschild’s shoes. After showing off his talent in the pool, he is now excited for the challenge of being a two-sport athlete here at UCSB.

A version of this article appeared on page 9 of November 20, 2014’s print edition of the Daily Nexus.