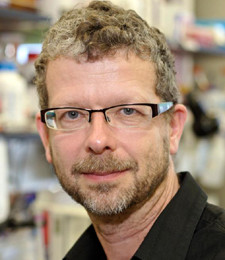 UCSB Professor of Molecular, Cellular and Developmental Biology Thomas Weimbs, was recently awarded a three-year grant for $600,000 by the Lillian Goldman Charitable Trust of New York to support his lab’s investigation on polycystic kidney disease (PKD).

PKD is a slow-progressing autosomal dominant disorder, which causes the growth of cysts within the kidney. These cysts cause the kidneys to grow from the size of a human fist to about the size of a football. The kidneys play an essential role in the removal of waste from blood and eliminating it as urine from the body. They also are key organs in homeostasis. Non-functional kidneys pose a major threat to our survival.

Weimbs said that the projects conducted in his lab focused on the molecular mechanisms of the disease.

“The disease is caused by mutations in a gene called PKD-1 and the gene codes for a protein called polycystin-1,” Weimbs said. “Interestingly enough, although the gene has been known for 15 years, the function of the protein it is still poorly understood.”

Usually, there are no apparent symptoms until renal failure at about 50 years of age. Despite its ranking as the fourth-leading cause of kidney failure and effect on about 12.5 million people in the world, there have been no known cures. Currently, patients diagnosed with PKD have the option of kidney transplantation or life-long dialysis — both treatments have pros and cons.

According to Weimbs, he and his team of researchers over-expressed the polycystin-1 gene in order to further understand how it may contribute to or prevent PKD.

“We are trying to dissect the function of this protein and identify certain signaling pathways that are regulated by this protein. Usually we do this by a combination of methods using biochemical methods, protein-protein interactions, cell biological methods — so we can express this protein in cells and culture — and we also have mouse models of polycystic kidney disease,” Weimbs said.

Weimbs and his team of researchers are progressing toward therapy for PKD, which could either cure the disease or further slow its progression so the patient will barely have to live with the disease. Because the symptoms and prognosis of PKD are variable within individuals and the family in which it is passed down, certain factors may accelerate its progression.

“Scientists have speculated that there may be genetic modifiers in determining how fast the progression is. Alternatively, there could be environmental factors, which could be something you eat, drink or cause infection — essentially anything that causes renal injury,” Weimbs said. “There is a hypothesis that environmental factors could play a role in accelerating disease progression, which is a project we are working on,” Weimbs said.

A scientist affiliated with the Lillian Goldman Charitable Trust of New York approached Weimbs’ Lab for this grant and then conducted an in-person laboratory evaluation before selecting the recipients. The award was also granted to PKD labs at Yale University and the Medical College of Wisconsin.