The Daily Nexus
News
Advisory Board Trustees Urge Isla Vistans to Address Community Issues Together
November 19, 2014 at 1:22 am by Josh Ortiz 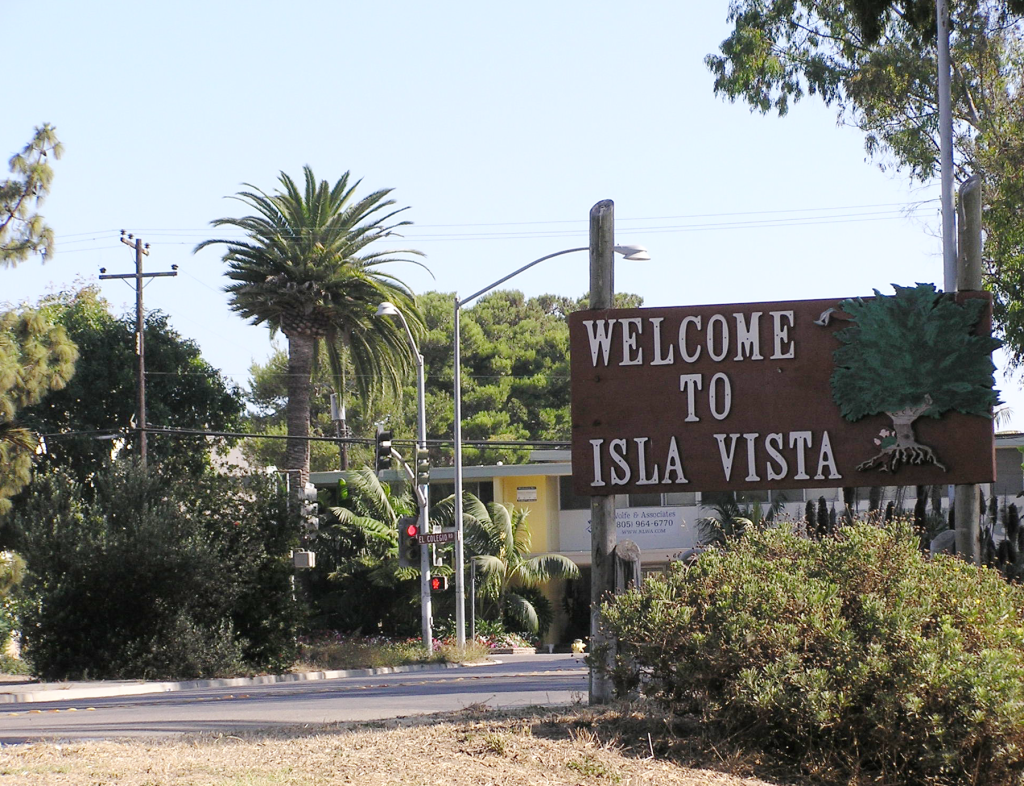 In response to a list of concerns regarding conditions in Isla Vista, the UC Santa Barbara Foundation Trustees’ Advisory Committee on Isla Vista Strategies released a report on Monday advocating that I.V. resident and other interested parties collaborate to address long-standing problems.

Among their principal goals, the committee recommended relevant stakeholders take action to develop a form of self-governance, establish tighter security, improve services and amenities, foster an active business and academic environment, address the party reputation, stress the quality of the university and sponsor more programs. The report authors primarily consist of volunteers who worked over the summer to help Chancellor Henry T. Yang, faculty and administration identify issues and possible solutions in I.V.

The committee stated that, although UCSB has no legal obligations toward I.V., it shares the responsibility of maintaining it.

“UC Santa Barbara must remain strongly committed to the goal that Isla Vista be a safe and thriving community not only for its students but for all residents,” the report stated. “Much needs to be accomplished, and the Committee believes that all parties are strongly motivated to work collaboratively to make Isla Vista the community envisioned in this report.”

Duncan Mellichamp, a professor emeritus of chemical engineering and committee chairman, said the UCSB Foundation Trustees concern themselves with Isla Vista because the trustees are responsible for investments to the university, which include I.V.

“[The trustees] are all big supporters to the university,” Mellichamp said. “A lot of them are alumni and many have donated to the trust.”

This report, Mellichamp said, lays out the strategies for dealing with the issues that frequently arise in I.V.

“We basically tried to get at the issues that come up from time to time [in Isla Vista],” Mellichamp said.

According to the report, Isla Vista is at a “tipping point” in which critical infrastructure and services are not provided and the safety of residents is not adequately protected. Associated Students President and committee member Ali Guthy said the concerns expressed mirror those expressed in similar reports from years past.

“The November 1992 report talked about the exact same things, and over twenty years later we’re still talking about them,” Guthy said. “These issues are long-standing and they need to be addressed.”

In addition to suggesting a form of self-governance, the committee specified that a Community Services District such as the special district currently advocated by former A.S. President Jonathan Abboud and Executive Vice President of Local Affairs-elect Cameron Schunk could alleviate many of I.V.’s problems. Recent UCSB alumnus and research assistant to the committee Josh Plotke said he personally viewed this kind of governance in I.V. as only a partial solution to I.V.’s woes.

“Governance is part of the solution, but only a smaller part,” Plotke said. “I think that the CSD or special legislative district is necessary unless and until the University steps up, does their job, and holds the county accountable for the job they should be doing in Isla Vista.”

The trustee committee also recommended that stakeholders work to improve the safety and security of I.V. by strengthening police efforts, such as by further enforcing potentially all laws and ordinances, appointing a Deputy District Attorney and creating a Joint Security and Safety Task Force.

Additionally, they suggested installing cameras with online monitoring throughout I.V. and reducing plants that obscure the cameras’ view.

County Supervisor Doreen Farr said she recognizes residents’ problems with I.V.’s policing, and that a solution to this might be reached if residents voice their complaints.

“If people feel that there are issues with policing in the community, I hope they would let me know and let the sheriff know,” Farr said. “I hope we could keep the lines of communications open.”

Schunk said he wants to ensure that students play their role in meeting the trustee committee’s recommendations through his office.

“What I’d like to see is students stepping up and wanting to be at the table where conversations are being had,” Schunk said. “Part of what I hope to do as EVPLA is publicize and make more accessible those conversations.”

Schunk said he is glad to see these positive steps toward addressing I.V.’s concerns, but that he hopes to see more specific plans evolve in the future.

“The only thing I would’ve liked to have seen more of were concrete plans; some of the recommendations seemed vague,” Schunk said. “But, again, it was simply a call to action, not a guiding strategic plan.”

Carmen Lodise, long-term I.V. resident, former I.V. Recreation & Park District Board Member and author of Isla Vista: A Citizen’s History, said he agreed with the reports’ conclusions regarding the issues that remain in I.V., but that the report is missing a “business plan” which specifies the cost and timeline regarding the various recommendations.

He also said many of the current problems arose out of rapid population increase without an equivalent increase in space or parking to accommodate new inhabitants, and that enforcement of controversial laws and ordinances worsened the situation.

“Perhaps it’s beyond the scope of this committee, but certainly the County, especially the law enforcement apparatus, has contributed to the current situation. Increasingly suppressive laws about music and drinking have not alleviated the situation, which erupted in the Deltopia disturbances last spring,” Lodise said in an email. “And all those new three and four-story apartment buildings with inadequate parking – hardly helpful.”

), which has a Creative Commons license that requires attributing the author and providing a note about the license.

Thank you. Photo courtesy has been added.