The Daily Nexus
News
‘Orange is the New Black’ Inspiration to Visit UCSB
November 17, 2014 at 5:00 am by William Leiva 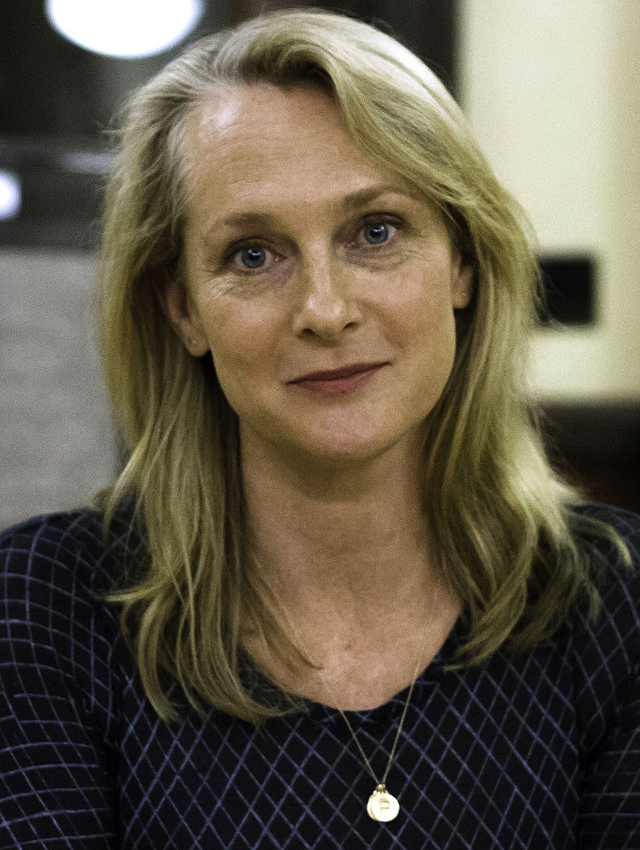 UCSB Reads will bring Piper Kerman, author of the novel that inspired the Netflix Series “Orange is the New Black”, to campus during Spring quarter this year.

According to documents obtained from the Associated Students Senate Finance and Business Committee’s meeting last week, Kerman is scheduled to speak at Campbell Hall on April 15 as part of the UCSB Reads program, and was chosen by a committee of faculty, students and staff for her original novel Orange is the New Black: My Year in a Women’s Prison. The UCSB Reads program, currently in its ninth year, was formed in order to encourage students on campus to read one common book and address its thematic relevance to current issues statewide.

Kerman, who has served on the board of the Women’s Prison Association and testified before the U.S. Senate on women prisoners, will be delivering her lecture about the book The Real Story Behind ‘Orange is the New Black’.

“California suffers a lot from drug laws, women imprisonment, sexism and regional interests,” Metzger said. “The book presents these pressing issues and the UCSB writing program, film and media studies, philosophy and political science departments are very interested in this.”

Metzger said the library’s search committee — composed of professors from the university, Santa Barbara City College and Westmont College — held meetings throughout the summer before finally deciding to host Kerman. Metzger also said the program needs more students to serve on the committee responsible for choosing an author.

“We absolutely need more students on the actual committee,” Metzger said. “Adults cannot choose everything for students because we do not know their preferences.”

According to Metzger, student involvement is essential because it allows students to participate in panel discussions to choose books that appeal to both professors and the student population.

“It’s important to have more students since it is a way for the campus to come together and work together with professors,” Metzger said.  “The goal is to do panel discussions and help select a book that professors can actually teach in classrooms, particularly one that students will enjoy.”

Fourth-year and sole student member of the UCSB Reads search committee Caitlan Sproule said student participation on the UCSB Reads committee would allow students the opportunity to not only choose an optimal book, but also to connect with visiting authors.

“UCSB Reads connects students and authors because the author of the selected book must be willing to speak at UCSB in the spring,” Sproule said.

According to Sproules, Kerman’s story is relatable to students because Kerman is a college graduate who was sent to prison because of “a decision she made 10 years ago.”

“Her experience is especially relevant to young people because she makes it clear throughout the book that her past reckless actions have had serious consequences, encouraging readers to consider the effects of their own decisions, not only on themselves, but on the people around them,” Sproule said,

According to Associate Dean of Students Don Lubach, the UCSB Reads Program allows the community to become a “giant book club.”

“At its very best, this Reads program turns UCSB and greater communities of Santa Barbara into one giant book club,” Lubach said. “It is wonderful to see diverse people all around town reading the same book.”

Lubach said Kerman’s overall message in Orange is the New Black: My Year in a Women’s Prison is that it is vital that citizens nationwide push for prison system reform, particularly in regard to the justice system and conditions of prison life.

“The message of the book is that the American prison system is in need of educated people to make it better and Gauchos are very interested in social justice and fairness issues,” Lubach said.

Lubach also said he would like to see college graduates go to prisons in order to reform the current prison system.

“I want all of our students to directly go to jail,” Lubach said, “Not as inmates, but as social engineers, builders, educated volunteers and caring members of society with an agenda of reform.”

According to Metzger, Kerman’s story is relevant to students because many members of the campus population have likely been affected by the prison system in some way.

“Piper Kerman gave a strong voice to people who didn’t know that they would find themselves in prison,” Metzger said. “She opens our eyes to how prison experience can affect university graduates through a socioeconomic standpoint. Students here find this fascinating because it is either happened to them or they know a close friend or family member who have been affected.”

Allison Anders, film and media studies professor and director of the sixth episode of the second season of “Orange is the New Black”, said issues presented in the book were well-presented on screen and maintained “the societal, prison and racial issues … already within the fabric of the story.”

“As an episodic director, my job is to bring out the heart of the page through the actors and this is exactly what I did,” Anders said. “For example, in my episode during the party, each group of inmates gets their moment to dance to music they like — so you get to see everything played out. I was blessed to be around extreme talent.”

Anders also said both the series and the book provide audiences with a closer, more personal look at life within a federal prison system.

“Piper is dedicated to prison reform, which is unique,” Anders said, “So, I think anyone who wants an inside-look should read her book and watch the series. The series, just as Piper’s book, humanizes the stories of each inmate.”

The Santa Barbara Public Library System is a partner in the Reads program, as it has been since the first one in 2007.

All the branches of the public library system (downtown SB, Eastside, Goleta, Montecito, Carpinteria and Solvang) will have multiple copies of the book (over 200 in all) to lend in book format, plus eBook, audiobook, and book on CD. (Also the HBO series, much racier, on DVD.) Several branches will also host panel discussions, presentations, and/or films to go along with the theme of the book. Check SBPLibrary.org in January to see what’s going on!

You may be interested in an aid to rehabilitation for prisoners and their families, please request a free ebook from Scarlett Jensen. The book gives a soulful look into the reconstruction of a shattered life. Visit amazon.com/the angel-with-burnt-wings