The Daily Nexus
Film & TV
Q&A with “Guardians of the Galaxy” Editor: Fred Raskin Shares Editing Experience with Marvel
November 16, 2014 at 2:34 pm by Phi Do 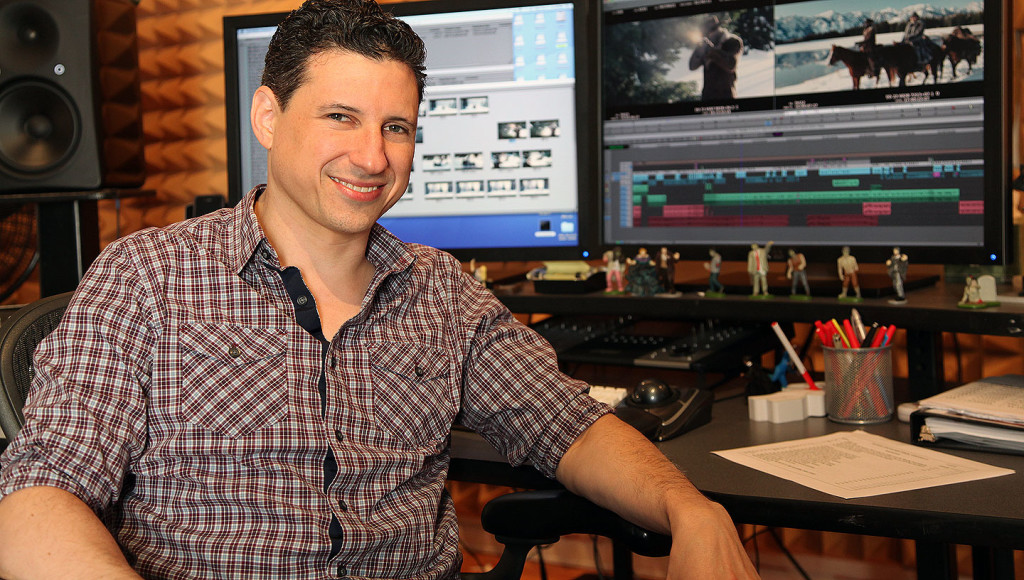 A team of misfits. A powerful orb. An ambitious villain. A battle to save the universe. All these combine to form the thrilling, heart-warming and stellar adventure known as “Guardians of the Galaxy.”

When adventurer Peter Quill acquires a mysterious orb, he finds himself tangled in a bounty hunt and struggle for power as parties across the galaxy battle for what’s later revealed as an infinity stone: a powerful object with the ability to decimate entire planets. On the run with a price on his head, he meets Gamora, an assassin with a heart of gold, Drax, a tough warrior with a soft inside, Rocket, an aggressive mercenary and Groot, a tree-like humanoid with a three-word vocabulary. Though bitter and hostile at first sight, these ragtag individuals eventually forge a deep bond and work together to save the galaxy from the all-powerful Ronan.

Though the stunning visual effects may attract astronomical amounts of viewers, what really sells the film are the rich, complex characters. Combine that with witty dialogue and an epic soundtrack, and you have the second-highest grossing movie of 2014 at the worldwide box office.

None if this would’ve happened if it weren’t for the man who put it all together, Fred Raskin. With action-packed scenes, voice-over dialogue and original music compositions (along with top hits from the 60s and 70s), Raskin had quite a bit on his hands. But with editing experience from “Django Unchained” and “Kill Bill 1 & 2,” Raskin managed to plow through numerous stunt visuals and footage to deliver the final product in 13 months.

The Philadelphia native started out as an apprentice editor during “Tromeo and Juliet,” after graduating from New York University’s Tisch School of the Arts. He met James Gunn, the director of “Guardians of the Galaxy,” during “Tromeo and Juliet,” where Gunn acted as the film’s writer. The two kept in touch after Gunn moved out to L.A. until Raskin received a Facebook message asking him to come to London to edit “Guardians of the Galaxy.”

“Initially I was hesitant because if all you know is what you’ve read, you know it’s an obscure superhero team in which one of the characters is a talking raccoon. It could be disastrous,” Raskin said. “I held off on saying anything until I read the script. I got about a third of the way in and I was hooked. By the end I had a lump in my throat and I was like ‘I’m in. Let’s do it.’”

Working with “Guardians of the Galaxy” was a little different from working with other movies like “Django Unchained.” While directors like Tarantino liked to work with footage as it exists during post-production, Raskin discovered that Marvel was willing to go through great lengths to make the movie the best it could be. “If we need to shoot an entirely new action sequence, everything is on the table,” Raskin explained.

Another unique quality of Marvel is that its movies are connected in a multi-universe, one that warrants much collaboration. Once the film got past the director’s cut, Raskin sat with the heads of Marvel Studios (Kevin Feige, Louis D’Esposito and Victoria Alonso), Marvel’s production executive Jonathan Schwartz and director Gunn. They discussed different aspects of the film from how to tackle certain scenes to restructuring the first third of the movie. As a result, Raskin found himself more involved in the process than in any other movie prior, and appreciated the opportunities to simply throw out ideas.

“One of our meetings was specifically about the tag [at the end of the credits],” Raskin said. “Well, what if The Collector and Cosmo were there and (I feel like I started the thought and Kevin Feige finished it) and Howard the Duck is there? We all looked around the room and said ‘It’s ridiculous but let’s see if we have the footage to make it work.’”

Fred Raskin had a bigger hand in the film’s content than his editor title acknowledges, and his keen ideas helped create “Guardians of the Galaxy” as the delightful adventure it’s known as today. Stay tuned for coverage of his next film, “The Hateful Eight,” where he will work alongside once again with Quentin Tarantino.