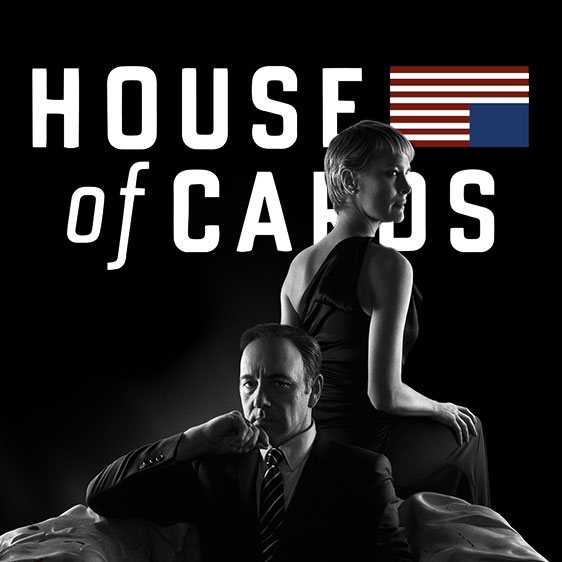 In continuation of the Pollock Theater series “Focus On: The Editor,” House of Cards editor Byron Smith, gave a lecture Thursday on the importance of the editor in the process of producing an online television series.

Following a screening of the first episode of the second season of the show, for which Byron was nominated for 2014 Emmy for Outstanding Single-Camera Picture Editing for a Drama Series, Smith gave a lecture and opened the floor for questions form the audience.

Smith spoke briefly about how this Internet-based distribution of House of Cards content distinguished itself from other established forms of storytelling. He also said he felt Netflix was changing the way people think of and approach television.

“I feel we’re re-inventing episodic. We don’t call it television anymore,” Smith said. “We’re in a whole new world in terms of how people are absorbing entertainment. Cinema is very important and I’m very passionate about it, but we also watch [shows] on our phones and on tablets.”

According to Smith, production occurred in spurts of shooting 20 days at a time — 10 per episode — with an average cost of production clocking in at $250,000 a day. Smith also said working on House of Cards demands an editor that can “cut” almost 120 pages of script in 21 days, an expectation he described as “crazy.”

“Directors do two episodes at a time,” Smith explained. “Not just one episode anymore. It’s all in the name of being more efficient. I’m usually paired with that director for the two episodes and so I’m cutting two episodes. Simultaneously … I now live in a world where I’m constantly worried about keeping up to camera — and that’s cutting as fast as they shoot.”

To keep up with the pace of production, Smith said he relies on a new editing software, which he demonstrated on stage. The software allows anyone involved in production, including directors and producers, to access to the files, view edited shots and make frame-by-frame comments and notes, allowing Smith to receive immediate feedback.

“There’s an extraordinary amount of power you have in the cutting room,” Smith said. “I’ve been told several times ‘make something out of nothing; save this,’ or ‘fix this.’ You’ve got to start with a good script, and re-write the script, and re-write that re-write. Make sure you have the best possible story first, and put time into the script. But when you cut it, it now exists in a visual form; it’s not just a book anymore.”