The Daily Nexus
Photo
IN PHOTOS: UCSB eliminated from the Big West Semis
November 14, 2014 at 4:00 am by Daily Nexus Photography

On Wednesday, the UCSB men’s soccer squad competed against a slumping UC Irvine squad–whom they beat earlier this season–to advance past the Big West semifinals. The Anteaters denied them passage into the Big West finals, defeating the Gauchos 3-2 to gain a much-needed confidence boost.

The Gauchos now wait to see if they will continue their season into the NCAA tournament. The NCAA Selection Committee will put together the 48-team field next week. 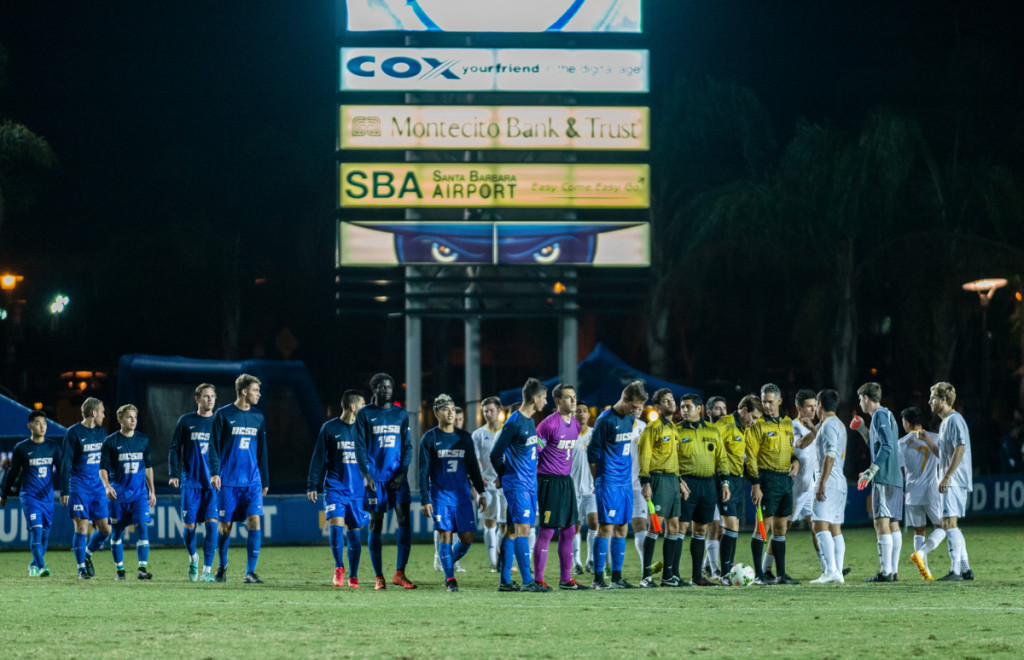 Players gather together before the playing of the National Anthem. (Eric Swenson/Daily Nexus) 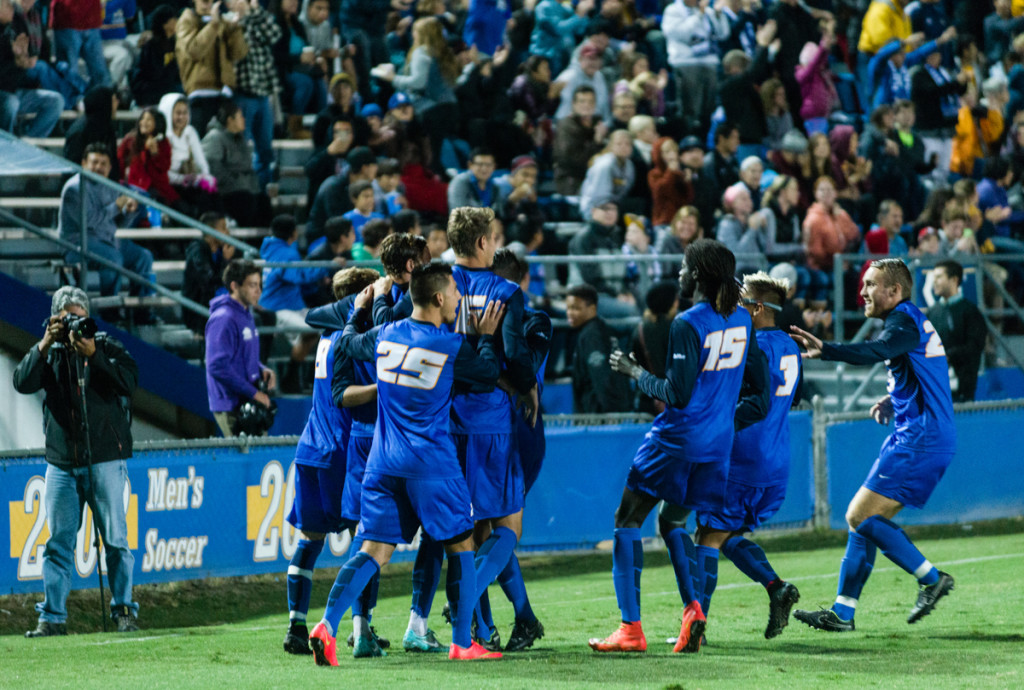 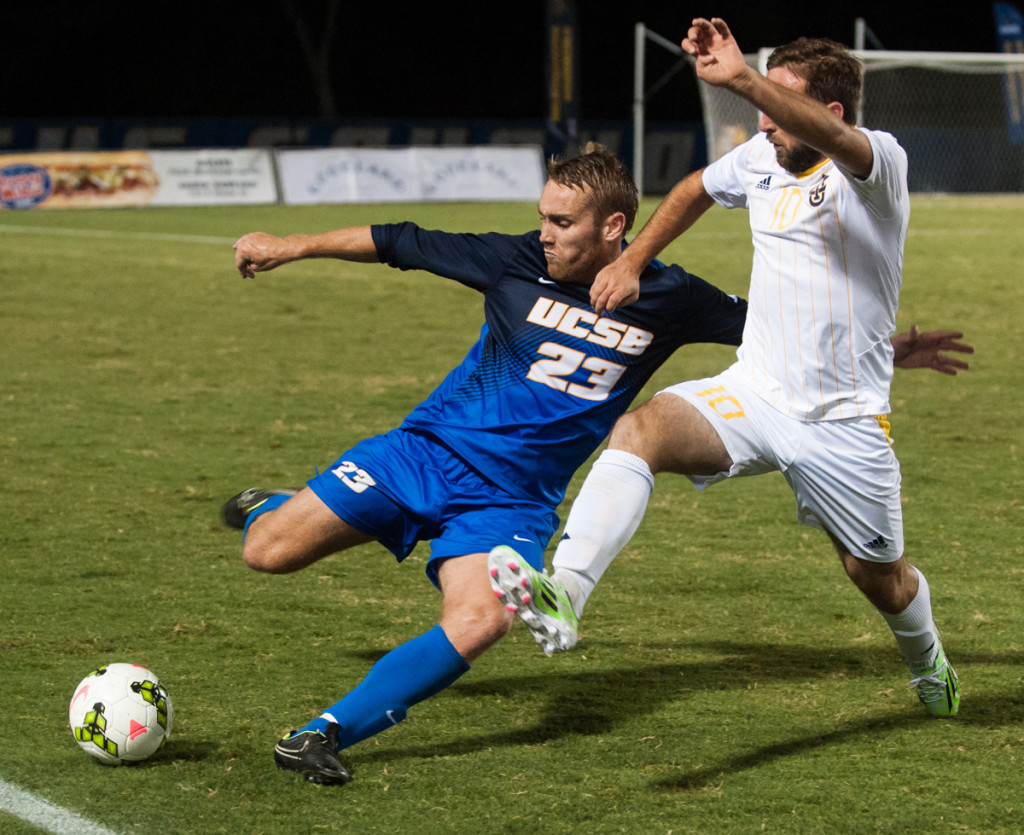 Defender Dylan Murphy (23) tries to kick the ball away from midfielder Gor Kirakosyan during the first half of the match. (Kenneth Song/Daily Nexus) 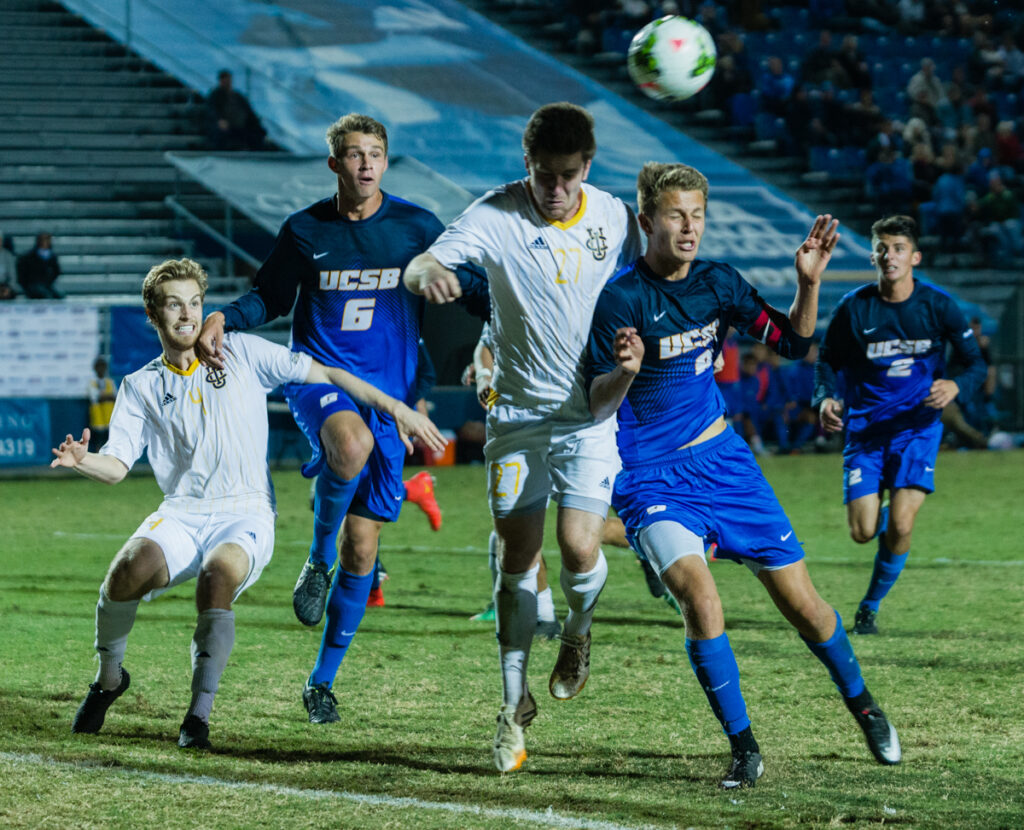 Anteaters and Gauchos battle for the ball. (Eric Swenson/Daily Nexus) 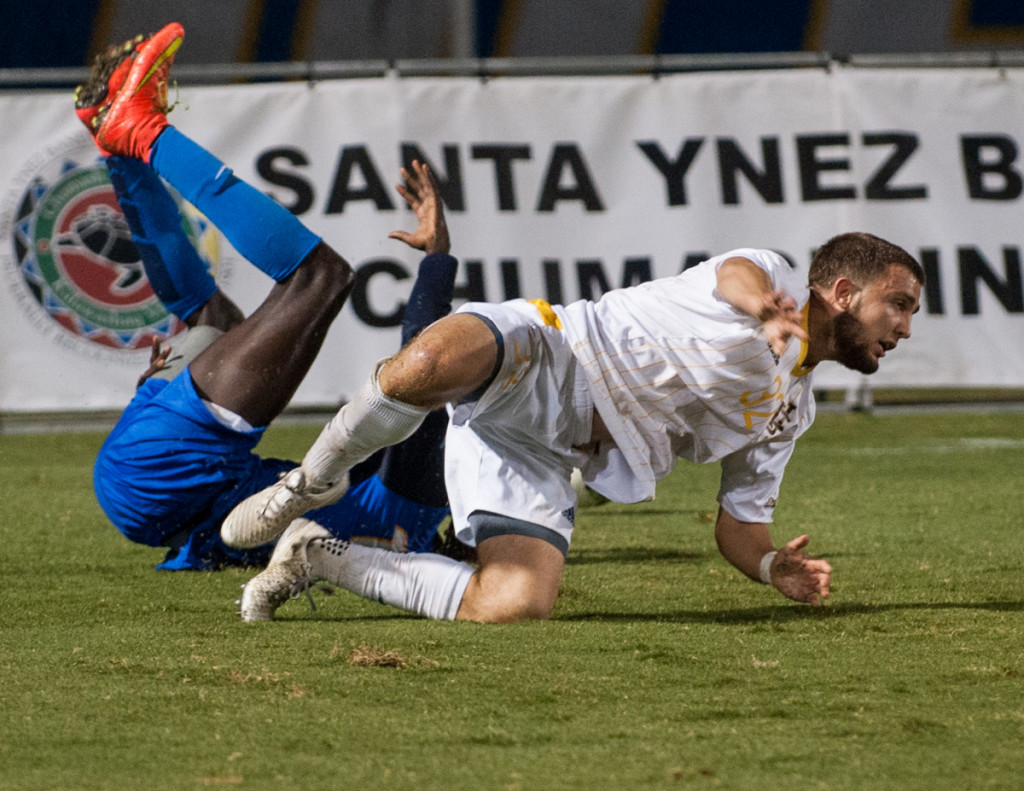 UC Irvine’s Michael Sperber (32) and UCSB’s Ismaila Jome tumble into the grass during the second half of the match. (Kenneth Song/Daily Nexus) 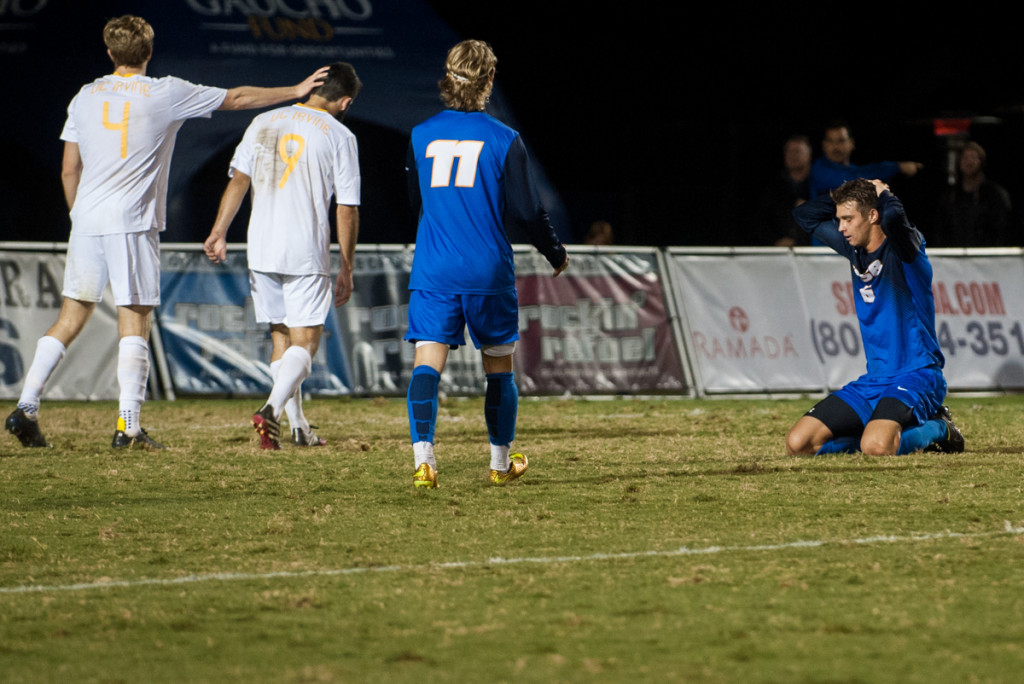 Nick DePuy (6, far left) kneels on the grass in disbelief after he missed the goal on a 1v1 opportunity. Conversely, UCI defender Matthew Tilley (4) expresses his relief to his teammate Mitchell Alvarez (9). (Kenneth Song/Daily Nexus) 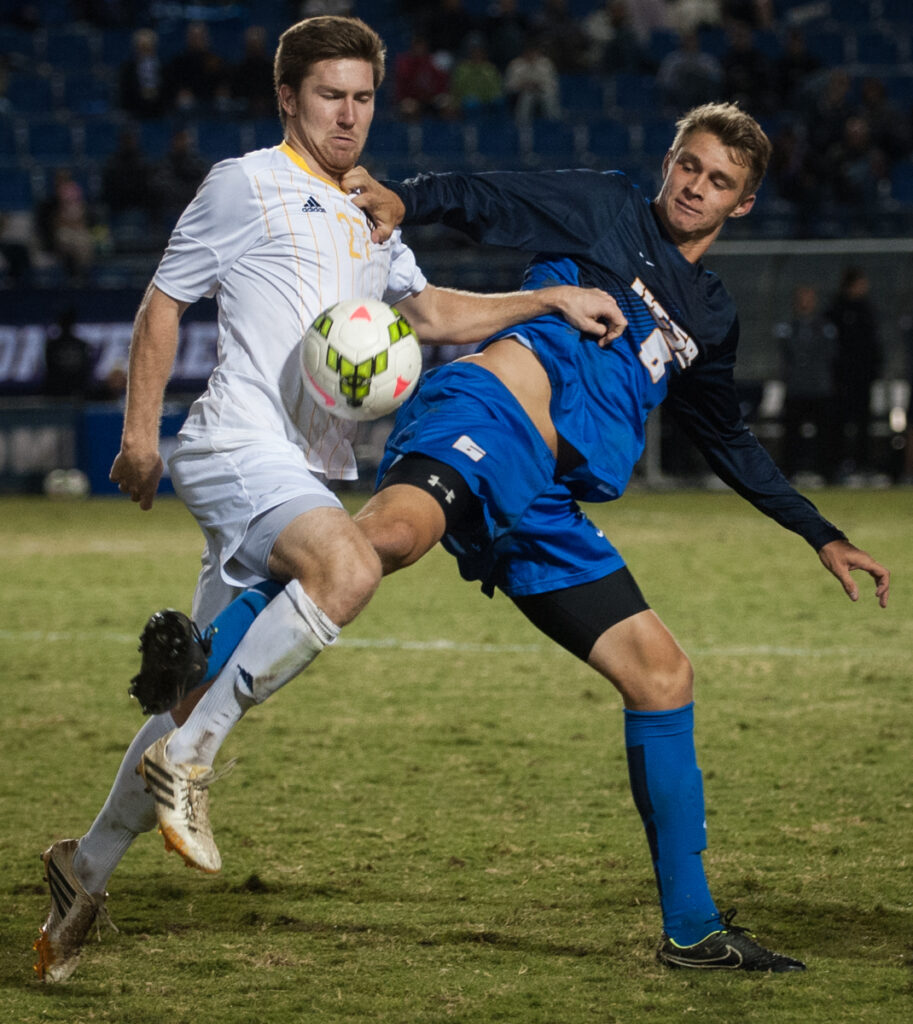 Defender Jack Birkenbeuel (left) and Nick DePuy struggle for the ball during the first half of the match. (Kenneth Song/Daily Nexus) 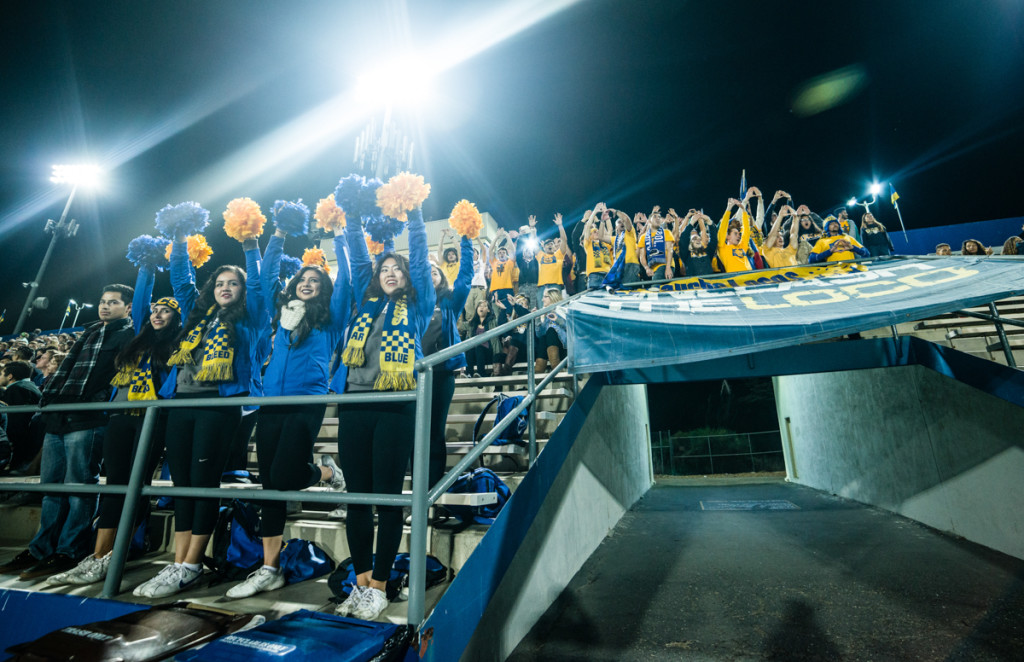 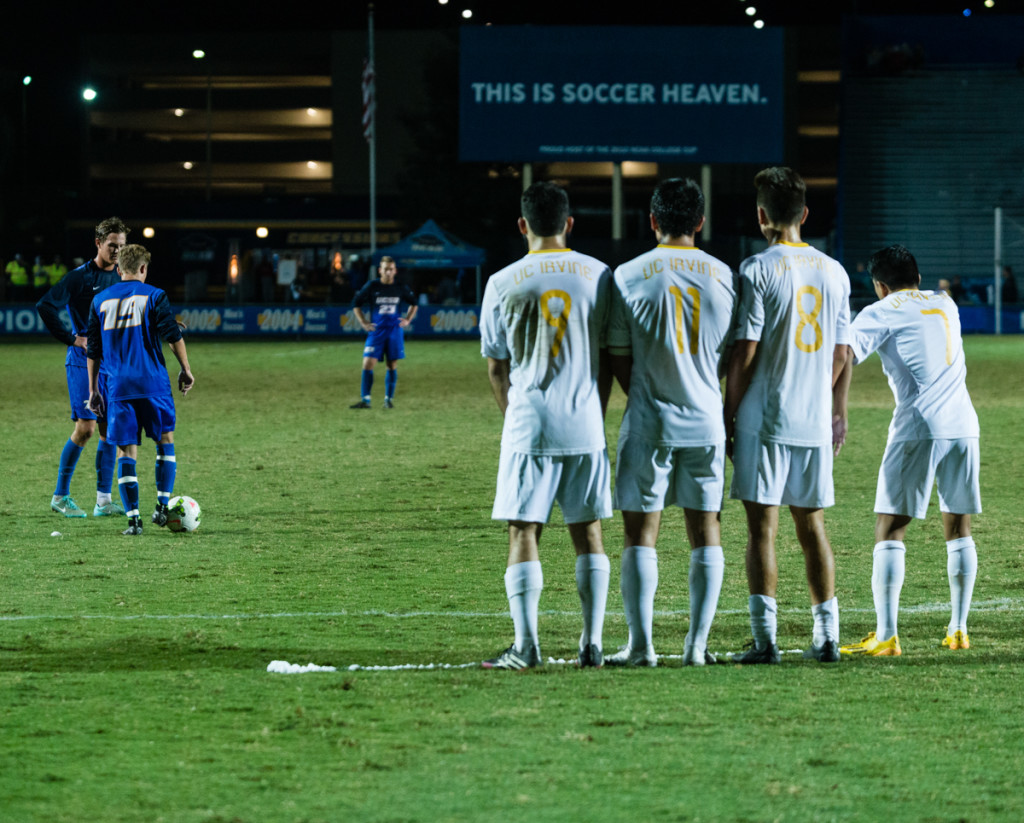 UCSB and UCI players alike prepare for a UCSB penalty kick during the second half of the match. (Eric Swenson/Daily Nexus) 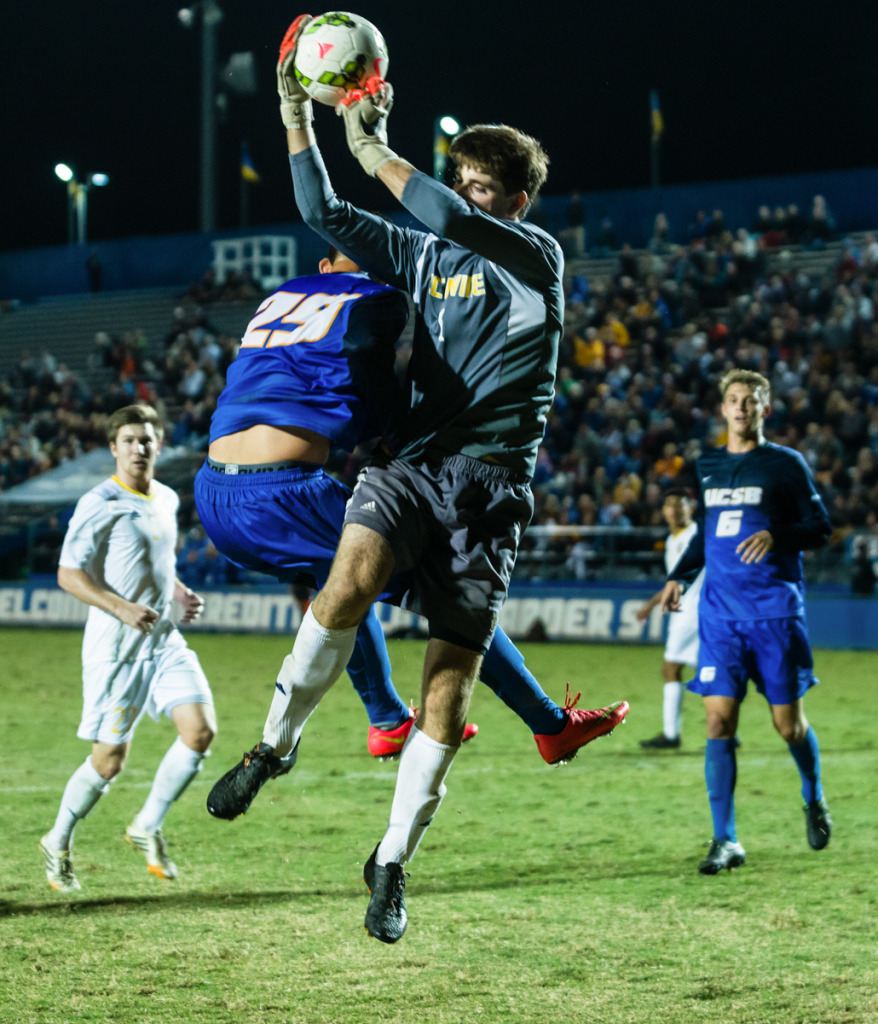 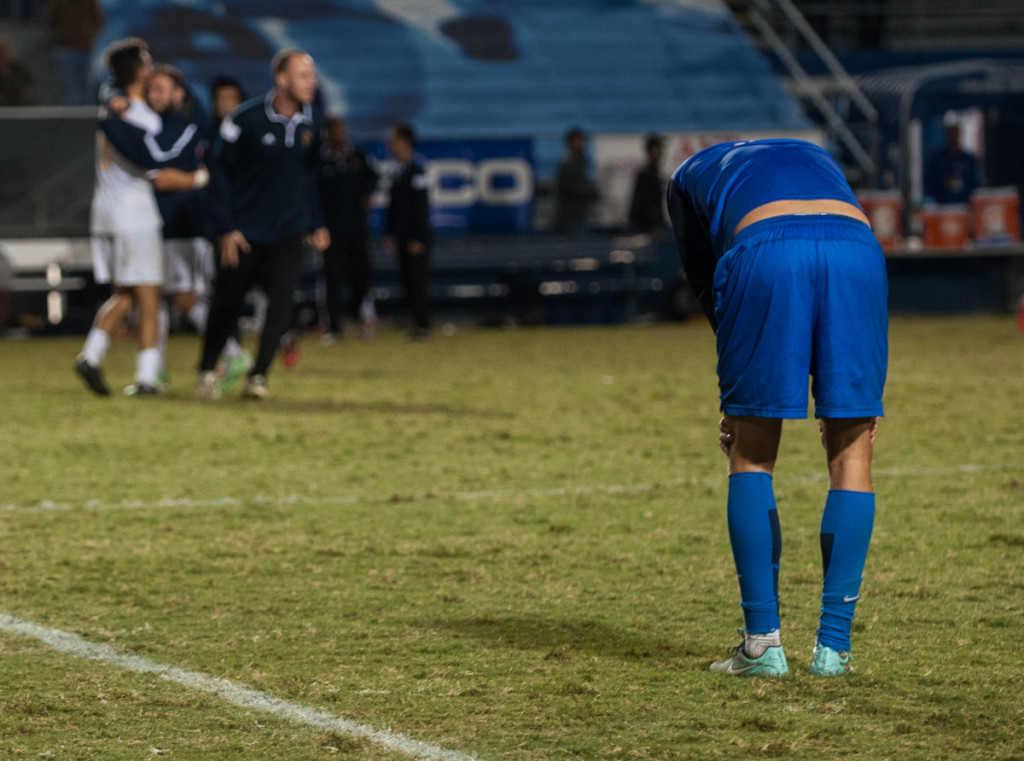 A UCSB player struggles to digest defeat at the hands of the Anteaters, who are seen celebrating their triumph in the background. (Kenneth Song/Daily Nexus)