The Daily Nexus
Volleyball
Gauchos Try to Stay Hot on the Road
November 14, 2014 at 5:01 am by Sarah Stigers 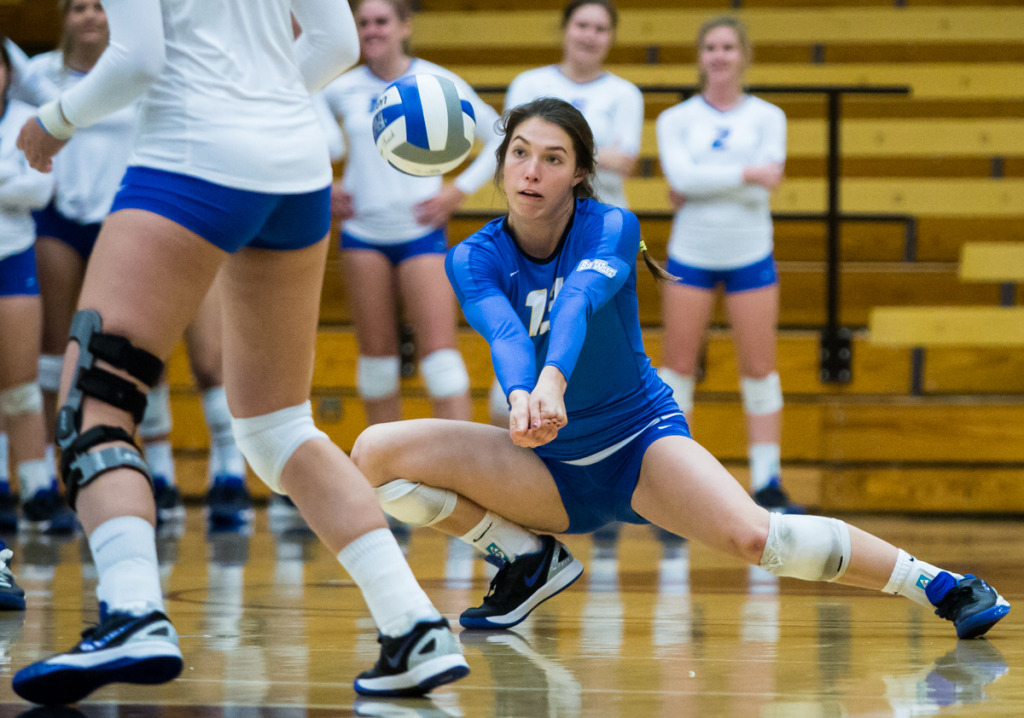 The UCSB women’s volleyball team is on the road this weekend to face Cal State Northridge on Friday and Long Beach State on Saturday.

Last time the Gauchos faced the Matadors, UCSB pulled out a 3-0 victory. Looking for a repeat this weekend, Santa Barbara is taking offensive leaders junior outside hitter Ali Barbeau and junior opposite Jaylen Villanueva to the net. Barbeau and Villanueva lead the team in total kills and kills per set, Barbeau coming in at 216 kills and 2.60 per set, while Villanueva is right behind with 214 kills and 2.58 per set.

“I think our offense is going to be very successful against CSUN this weekend,” junior libero Shauna Klein said. “We’ve played them once already this season, so this time around we can continue to execute what worked offensively the last time we played them and make necessary adjustments to the things that didn’t work as well.”

In addition, sophomore outside hitter Ali Spindt continues to top the Big West leaderboard in digs and digs per set week after week, as she is once again second in the league in digs per set, averaging 4.32 with 341 total digs this season.

“[CSUN] is a big match and there’s a lot riding on it for them as well,” Head Coach Nicole Lantagne Welch said. “We played a very clean and balanced match against them last time, and that’s what we need to replicate again.”

The Gaucho defense will go up against a Northridge offense that is leading the league in hitting percentage, swinging for a .255 average, while UCSB comes in at fifth, hitting for a .202 average. Junior outside hitter Cleana Stinson is leading that offensive charge for the Matadors, as she leads her team in kills, with 268 total, and kills per set, averaging 3.31 a game.

For Saturday’s match, UCSB will rematch Long Beach for the first time since the 3-0 loss the Gauchos suffered to the 49ers in October.

“The toughest part against Long Beach will be defending their strong offense and winning the serve and pass battle,” Spindt said.

“Well, the good thing is that we can go free, play aggressive, and have nothing to lose,” Lantagne Welch said. “[Long Beach] has had an excellent season and has a lot of balance, and we have to go after them in all aspects of the game. ”

Leading the Long Beach offense is senior outside hitter Bre Mackie who’s recorded 247 total kills, and 2.81 kills per set. She also leads the team in total blocks with 102 for the season.

The 49ers’ senior middle blocker Chisom Okpala is also an offensive leader, who currently tops the team in hitting percentage, as she’s hitting for a .347 average with 216 kills and 2.81 kills per set.

“We were very aggressive [against CSUN last match], and I think that’s going to be a big theme for us in both of our matches this weekend — to be confident, aggressive, and continue to improve and good things will happen from that,” Lantagne Welch said.

The Gauchos will face Northridge at 7 p.m. on Friday and Long Beach at 7:30 p.m. on Saturday.