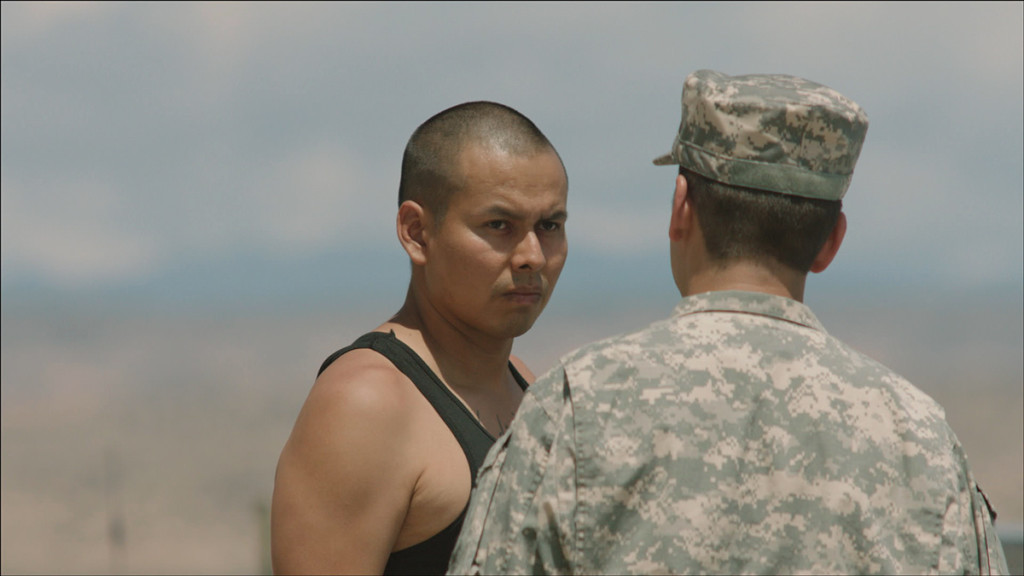 A rambunctious crowd gathered around the theater door in UCSB’s Multicultural Center on Thursday, Nov. 6. It was the first film screening of the year put on by Santa Barbara’s own LGBTQ film festival, OUTrageous! Lucky attendants were treated to raffles for prizes and scholarships, cake and a screening of the film Drunktown’s Finest, all for free.

The film, written and directed by Sydney Freeland, portrayed the intricacies of three young adults living on a Navajo reservation in New Mexico, whose lives were woven together to create three separate, yet connected accounts of establishing one’s identity during the ascent to adulthood. The heavy themes beautifully portrayed by independent personal accounts throughout the film made it easy for any young adult to relate to at least one, if not all, of the main characters.

The first protagonist, SickBoy, has a baby on the way and is enlisted in the army, but can’t seem to stay out of legal trouble. Felixia, an aspiring transsexual calendar model deals with public ignorance and hostility regarding her identity. And lastly, Nizhoni, Navajo by descent and Christian by adoption, attempts to uncover her “true” identity before leaving for college, despite the efforts of her adoptive parents.

The event which brought these characters together was SickBoy’s younger sister’s kinaalda, a Navajo maturity ceremony, held at the home of Felixia’s traditional Navajo grandparents who happen to also be Nizhoni’s biological grandparents. The best standout quality of this film is the less-than-ideal fate its main characters are forced to accept in the end. It does away with the happy ending fantasy so prominent in mainstream films in favor of harsher realities. SickBoy gets arrested and becomes ineligible to join the army, Felixia leaves the small town to find acceptance in New York and Nizhoni goes off to college having only seen a small glimpse of her birth family and culture.

The screening offered an excellent opportunity for patrons to discover and learn about the OUTrageous! film festival. Since 1992, the Santa Barbara Lesbian & Gay Film Festival has been showcasing a wide variety of films and videos that “entertain, challenge, and educate” the LGBTQ community and LGBTQ-friendly community. The Gay and Lesbian Business Association (GLBA) were also present at the event. The GLBA is another organization in Santa Barbara that works to “strengthen the economic influence and cultural vitality of the local gay and lesbian community.” This includes putting on events and offering scholarships to promote positive gay and lesbian contributions to the community. They were seen outside of the theater handing out raffle tickets to all the students present, and after the film they chose 15 at random to accept $100 scholarships.

Expecting little more than maybe an entertaining film, the reality of a warm, friendly and philanthropic community get-together was a pleasant surprise. The film left event-goers with a feeling of realistic fulfillment, the kind that comes from having gained greater insight and understanding of the plights of others, rather than the all-too-common, real-life fairytale that leaves you grappling for any meaning. It felt more like a movie and hangout with a large group of friends than a quick movie screening where you’re in and out before the credits stop rolling.

Tickets and passes to the events as well as volunteer opportunities are available at outrageousfilmfestival.org. Check out glbasb.org to get involved or sign up for student scholarships.