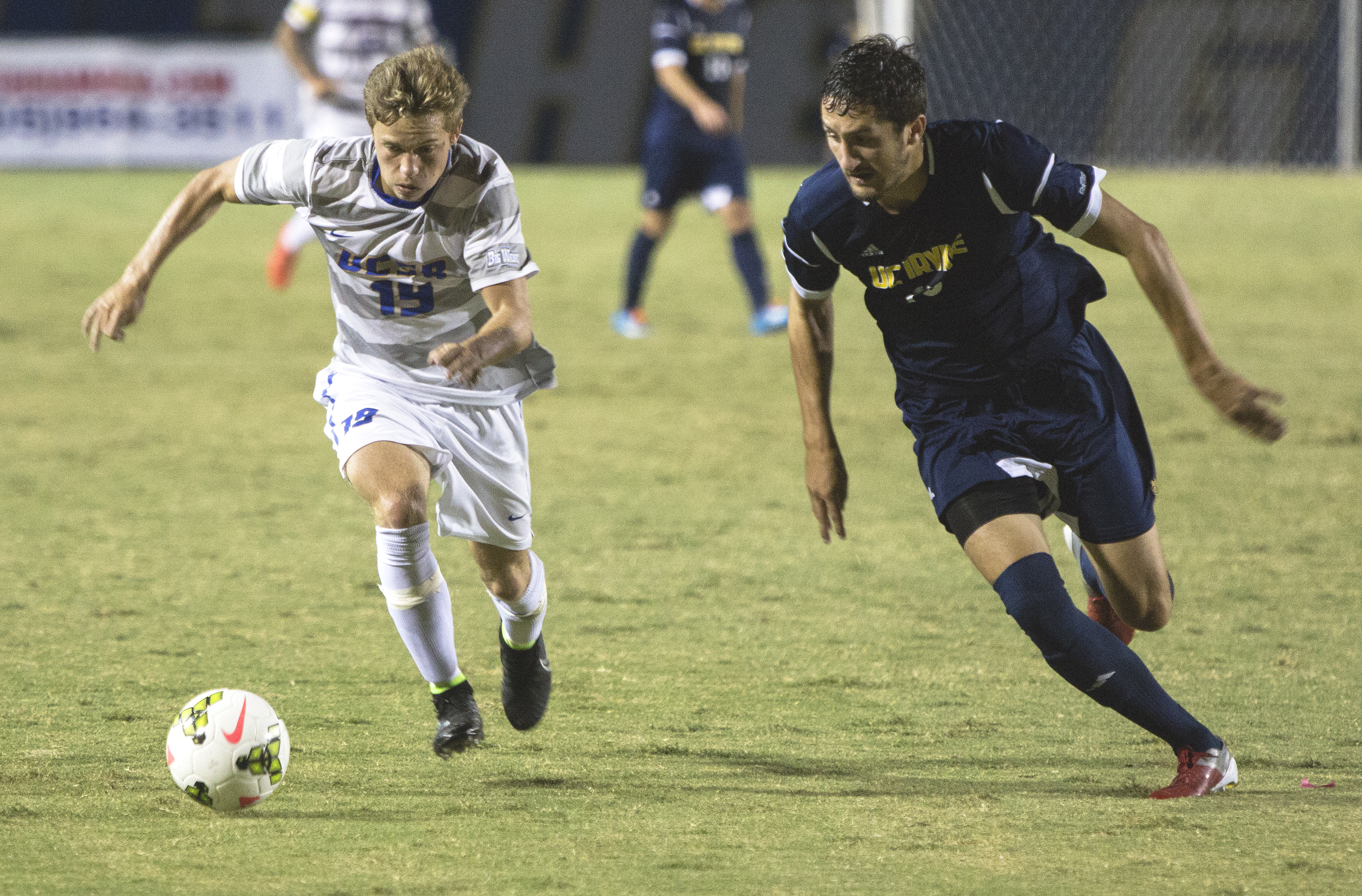 With an up-and-down season finally having concluded, the UCSB men’s soccer team heads into tonight’s Big West Semifinal against No. 17 UC Irvine owning the No. 1 seed in the tournament and home-field advantage throughout.

The Gauchos closed their season out strong to claim the best record in the conference at 6-2-2 Big West to go alongside an overall mark of 10-6-3. The Anteaters, despite going undefeated in their first 11 games, come into tonight’s match as the No. 2 seed in the South Division after finishing with a disappointing 4-5-1 conference record and going 13-5-2 overall.

“We are playing a really good and talented team, and so it will take a very, very good effort on our part,” Head Coach Tim Vom Steeg said. “Not only will we have to play really hard, but we’ll have to play very well to beat Irvine [today].”

Powered by forward Nick DePuy, Santa Barbara performed its best when it needed to most during the season’s home-stretch. The sophomore scored six goals in the Gauchos’ final four games to give him a team-high of 10 on the year. That stretch included consecutive braces on the road against Cal Poly and Sacramento State to give UCSB its only two conference road wins of the year.

“You can’t underestimate or under-emphasize the fact that every time we’ve needed a goal, Nick scored it,” Vom Steeg said. “It’s an amazing stretch. We’ve won six conference games and Nick’s got the game-winner in five of them. We’re just hoping it becomes six out of seven.”

While the Gauchos are currently the hottest they’ve been all year, the Anteaters could not be in a more different position. UCI, which at one point was the No. 3 team in the nation, has lost four of its last six games, being outscored 9-4 during that stretch.

“I like the fact that we’re playing better and we’ve got good momentum,” Vom Steeg said. “It’s kind of interesting that it’s been flipped a little bit. They’re coming in this game after having lost four out of five, and we’ve gone 4-0-1. At least in that way I feel better about this game.”

The last time these two teams played at Harder Stadium over a month ago, the Gauchos came away on top in miraculous fashion with DePuy scoring from 35-yards out with under a minute remaining, giving his team a 1-0 win. The loss was Irvine’s first of the season after starting out an outstanding 9-0-2.

“I think we have to play better in this game to win. When I look at that game, I thought they controlled a lot of the first half and I thought that they had some really good opportunities in the second half to win that game,” Vom Steeg said. “We dodged some bullets in that first game, so we can’t expect to give up those same opportunities the second go around and not be punished for them.”

The Anteaters are powered on offense by Eduardo Calzada, who has team-highs in goals (7), assists (4), and points (18).

For UCSB, the most important factor heading into this game could be the fact that it is playing at home, where it owns a record of 7-1-2 this year. After going winless in their first three conference road games, the Gauchos returned to Harder to begin their current season-high five- game unbeaten streak. Owning the No. 1 seed also gave them a first-round bye, giving the team some much needed time off.

“We didn’t have to play on Saturday so this week allowed us to give the guys a couple days off and to try to heal up a little bit,” Vom Steeg said. “It’s good for us at this point in the year to have a couple days off, especially when we’ve been playing twice a week. We should be as rested as we can be, so it should mean that we have no excuses in terms of being ready to play tomorrow night.”

A win tonight would make UCSB the hosts of the Big West Championship game, which would be played this Saturday against the winner of the Semifinal between UC Riverside and Cal State Fullerton.

The game with Irvine will kickoff at 7:00 p.m. tonight at Harder Stadium.