The Daily Nexus
Film & TV
Mitchell Kriegman Explains It All: Eight Rules for a Creative Person to Live By
November 11, 2014 at 1:41 pm by Erika Lee 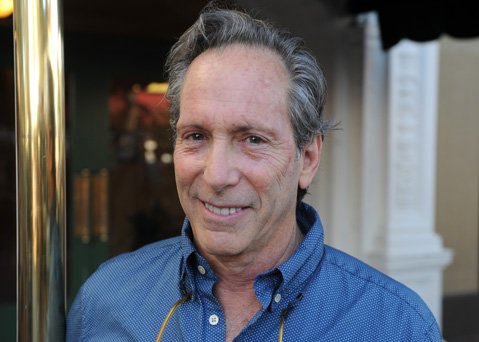 Mitchell Kriegman, writer and creator of popular television shows “Clarissa Explains it All,” “Bear in the Big Blue House” and “Doug,” spoke in I.V. Theater on Friday Nov. 7 about his experiences in television. After showing offbeat, nostalgia-invoking clips from his extensive career, he gave valuable advice for young people interested in breaking into the industry and shared his important eight rules to live by. Dressed in all black and poised with relaxed professionalism, Kriegman introduced these rules by saying that he pinned them up on his door when his writers were stressed or freaking out. Whether it is writer’s block or a lack of motivation or confidence, these rules are applicable and essential to any creative person.

While working on different TV shows, Kriegman experienced many setbacks, from starting an idea over again to getting bad ratings. What he learned was that fear spreads. If one person is worried, it has a domino effect and starts to affect everybody. Worrying doesn’t do any good anyway. “Act like you know what you’re doing. Fake it until you make it,” he advised.

Rule No. 2: Inspiration is overrated.

Most people start projects only when they feel motivated and inspired, but Kriegman has another idea. “Don’t depend on inspiration. It’s unreliable. Inspiration comes and goes. It makes you feel good but it’s not always going to be there,” he said. “You don’t have to be inspired to start. Just start.” Shedding a new light on the predefined idea of inspiration, Kriegman preached that we don’t need to have it in order to create a great piece of work. If you wait forever for that perfect idea, it may never come.

Rule No. 3: Wrap yourself in the cloak of creativity.

Mixing a Harry Potter reference with real life counsel, the writer said, “I think creative people are really invulnerable, they just have to create. Rejection is not a problem.”

He acknowledged the fact that rejection is actually a problem for many people, especially the difficulty in getting noticed and published. “Don’t be worried about submitting places and getting turned down,” Kriegman said. “It’s better to not care and just try. Try to find a place for your work — it doesn’t make you less of a writer if you get turned down.”

Kriegman explained that there are two types of creativity: exhaustive and overflowing. Exhaustive creativity is the kind where someone creates just to get it out of his or her system and be done. Overflowing is creative that is never ending, and constantly leads to something new. The latter is geared toward success. “Rejection isn’t an issue. There are so many places for your work, you just need to find the right place.”

Any idea, especially one that you care about, is never a bad one. If they seem bad, remember that they are good ideas that just don’t have a place yet. Kriegman explained, “Ideas are like keys, you just need to find a door to open. Just because someone doesn’t see it yet, doesn’t mean it’s not good.” He used a personal example of how his novel, Being Audrey Hepburn was supposed to be a TV show or a screenplay, but found its “place” as a novel after he worked on it for twenty years.

Rule No. 5: Don’t do it great, just make it a little bit better.

Some are afraid that their ideas will not be good enough. The advice that Kriegman gives his students is, “Don’t do it great, just make it a little bit better.” According to the writer, lessening the pressure on projects eases the creation process. With constant tweaking, re-writing and working, ideas become something substantial. Citing the classic example of Michaelangelo slowly getting rid of stuff that’s not David, Kriegman showed that work is all about getting rid of bad versions to get to the good versions. But if you’re afraid to take the first step, it may never happen. If it’s not right in the beginning, it will get better.

Instead of thinking about how much to get done in a day, focus on the process. Once you focus on it and not the concern, you will become more productive.

Rule No. 7: Define your own victories.

Live in a world that gives you credit. Kriegman gives himself credit for starting projects. As a man who always tries to do more, he said, “Solidly starting is as good as writing five pages in a day because it takes a lot of energy. When you define success, you have your own sense of what is success.”

He described writer’s block as “having a better idea of something in your head that you’re able to write.” However, many people get hung up on even trying because they never get close to that so-called idea. The only way to be satisfied is to redefine it, and know that the product will never match up to the idea completely.

Rule No. 8: Where you’re standing now is not where you’re going to be.

It’s easy to always feel like something is not right, but the world is in a constant state of upheaval. The same problems and opportunities will never stay the same. So take it from Mitchell Kriegman, and remember not to dwell.

For more information on Mitchell Kriegman, go to beingaudreyhepburn.com