The Daily Nexus
Sports
Big Al the Difference Against Point Loma
November 11, 2014 at 5:05 am by Mark Salay 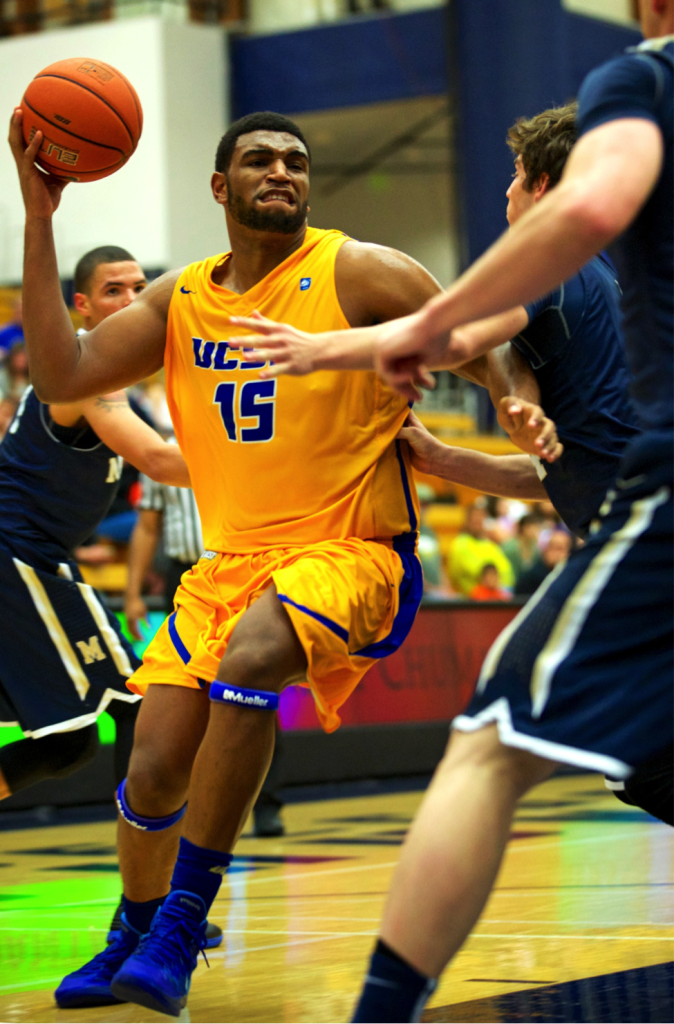 Entering as favorites against their Division II opponent, the Gauchos jumped out to a 15-point first half lead with Williams getting a double-double after 20 minutes of play. However, not until late in the second half did UCSB put away the scrappy Sea Lions team.

Point Loma was within 10 points with five minutes left in the game, but a series of buckets from the Gauchos pinned Point Loma into too deep of a hole with little time left. An open three-point shot by junior guard DaJuan Smith extended UCSB’s lead to 60-46 and sealed the win.

Big Al showed no signs of regression from last year. The big man logged a team-high 31 minutes, but it was on the glass where his presence was truly felt. Williams’ 19 boards contributed to Santa Barbara’s 45 on the night, a decisive rebounding edge compared to Point Loma’s 24. That led to UCSB outscoring the Sea Lions in second chance opportunities, 20-6.

After a strong first-half performance, the Gauchos let their guard down in the second half. Point Loma shot significantly better from the field at 45.8 percent, as opposed to 34.6 percent in the first half. Santa Barbara shot a respectable 40.6 percent, but nowhere near the 51.7 percent it shot in the first half.

Despite the increase, the Gauchos were too much to overcome and led throughout the game. Freshman guard Gabe Vincent got the start and made a strong impression in his debut, scoring 13 points to go with three assists and two steals. A flash of what he can do on the perimeter was seen as he made two shots from three-point range on six attempts.

In 15 minutes of action off the bench, junior guard John Green nailed half of his shots, including a three-pointer, to give him seven points and five rebounds. Green, who has been hampered by injury in his collegiate career, will be a key player in the rotation if able to stay healthy.

For Point Loma, leading the way for the team were senior guard Hayden Lescault and junior guard Judd Welfringer; each scored 12 points on the night for the Sea Lions. Lescault finished tied with team-highs in assists (4) and rebounds (5).

UCSB will face a much tougher opponent in its first official regular season game against No. 5 Kansas. The Gauchos will take on the Jayhawks at Phog Allen Fieldhouse this Friday and the game will be available to view on ESPN 3.