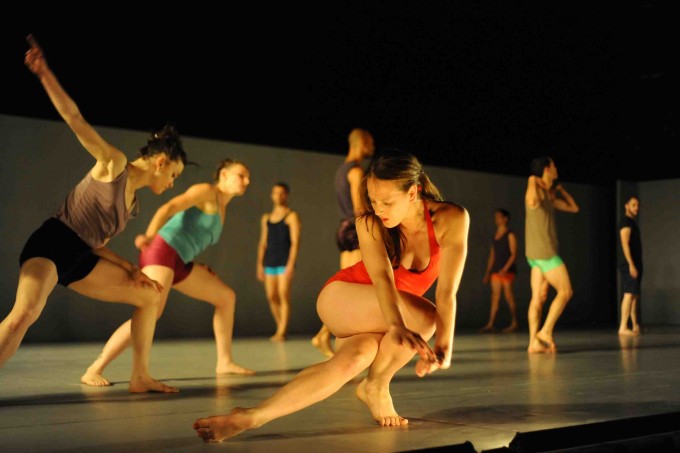 There was no warning that the show had started. I was sitting in the audience waiting to see the Batsheva Dance Company perform at the Arlington theatre on Tuesday, Nov. 4, admiring the vast sense of space the architects of the theatre had managed to create. As a first year, this was my initial chance to see the inside of the Arlington. With high ceilings painted a deep blue that echoed a typical summer evening sky, I was in the middle of convincing myself I wasn’t truly in a quaint village square under the stars when the room went black, the stage lit and the words “Sadeh21” were projected against the panels marking the perimeter of the space in simple, innocuous font.

According to Shamel Pitts, a member of the Batsheva Dance Company who stayed to answer questions from the audience after the show, “Sadeh21” resulted from three months of constant creative effort. Guided by artistic director Ohad Naharin, who instructed “not to improvise, but to create,” the dancers played a major role in choreographing movement for the piece. Of the creation process, Pitts recalled, “[Naharin] took the position more of a director and we, the dancers, worked like crazy every day creating as much movement, dance, as possible with very clear directions from him.” He offered a metaphor, comparing the choreography to children playing a game while sticking to the rules.

Based on the inordinate amount of nervous giggling and querying profanity I heard expressed in quiet murmurs from the audience, it appears safe to assume that Batsheva’s repertoire does not fall within any conventionally recognizable dance style. One section was choreographed to nothing but the sound of a woman screaming. In another, the dancers counted and babbled like a baby. Then there was the jarring staccato of the dancers’ movements. There were no impressive moments of high kicks or twenty pirouettes, the typical wow-factors audiences associate with performance. “Sadeh21” managed to be even more removed from normalcy than usual, in an alien rather than elite sense.

The final section of the night was undeniably beautiful, and brought a welcome sense of simplicity after the bizarre choreography. As ending credits projected onto the back panels, the dancers climbed up from behind to stand on top. With no apparent pattern or timing, one by one they let themselves fall back down behind the wall, then climbed back up to fall again. Particularly beautiful was a moment when two of the dancers took each other’s hands, and for a few seconds stood there looking down together. When they did fall, they let go their hands, and turned their bodies to face each other as they silently dropped out of sight. It was smooth, graceful and purposeful.

As this section continued, some of the dancers began to actively jump off the panels, cannon balling 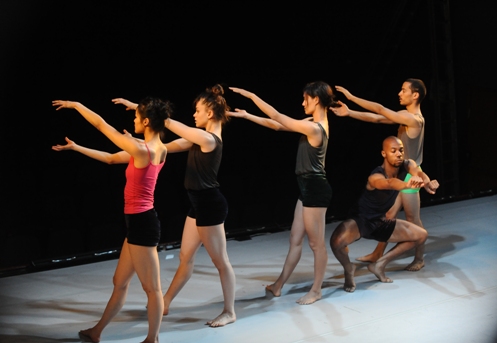 or flipping out of sight. On this final section of the piece, Senior Rehearsal Director Luc Jacobs said “[Naharin] knew a few things about the work when he started, and one of them was the ending … he was once on holiday, he was in Italy, and he was sitting and he saw in the distance kids jumping in a pool. But the way the scenery was set up it [looked like] they were jumping into nothing … it was such a beautiful image it always stuck with him, for many many years, and it was something he always wanted to recreate.”

For the most part, however, “Sadeh21” undeniably shocked the audience, no doubt because they knew nothing of Naharin or gaga, the foundation of the company’s training.

This past summer I had the sensational experience of dancing under the instruction of Doug Letheren, previously a dancer with the Batsheva Dance Company, and current company dancer Bobbi Smith, who performed in the show on Tuesday. They trained me and fellow dancers at the San Francisco Conservatory of Dance with gaga, a style of self-investigative movement created by Naharin. In essence, gaga is a guided exploration of the human body, and its potential for movement. Unlike dance styles based on pleasing aesthetic appearance, the aim of gaga is to feel pleasing, to love the body for itself and to revel in its abilities. Most dance gives to the audience. Gaga gives to the dancer. Having experienced both gaga and Naharin’s choreography first-hand, I held a considerable advantage over a majority of the audience for whom Naharin’s style was alien, too shocking in its quality to be appreciated.

Gradually, gaga is spreading as a more widely known style of dance, and where it has already become a part of dancers’ lives it is the newest frontier of exploration in movement and possibility. Naharin has also developed a style of gaga for non-dancers, designed to allow the same exploration of the body without needing any prior training or dance capabilities. All you need is a body and a willingness to explore it.

As gaga becomes more accessible to people and a universally studied genre of training, the repertoire that the Batsheva Dance Company performs will be better understood and appreciated by the audiences of the future. To those who saw their performance and left feeling troubled or taken aback, keep an open mind. You have seen the beginning of the future. Do you think Beethoven could have appreciated Kanye West?