The Daily Nexus
Opinion
A Eulogy for Dating
November 11, 2014 at 5:01 am by Sophia Crisafulli 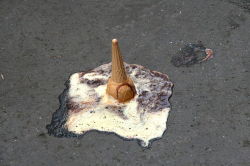 Not too long ago I was at a dinner party with my parents and a group of their adult friends and, somewhere between the cheese plate and the salmon, the conversation turned to modern “hookup culture.” Adults really love the phrase “hookup culture,” and the discussion took off with great velocity. I, being the youngest and only single member of the party, was immediately turned to as a kind of expert witness. “What’s it like?” they asked. “Is everyone hooking up with everyone else 24/7 everywhere you go? At parties and in classrooms and in the frozen aisle of the grocery store?” What I remember most about this conversation is the extreme discomfort I felt as a group of grown adults (my parents among them) asked me to describe the sexual tendencies of my generation. What I remember second-most about this conversation, however, is my answer to the question, “What do you do when a guy asks you out on a date?” I remember this because my answer was “I don’t know, that never happens.”

I only realized the strangeness of my response when I saw it reflected back at me in the faces of a group of adults. They were genuinely puzzled — how could someone like me, a moderately interesting and not altogether disgusting human girl, have no experience with being asked out on a date? To them, this seemed a tragedy on par with global warming. At first, I was amused at their lack of understanding of how young people interact nowadays, the same way I feel when my grandma says something like, “how do I post a Twitter to the YouTubes?” But the more I thought about it, the more I agreed with them. And the more I agreed with them, the more angry I became. Why is it so impossible for one young person to ask another young person out on a date?

I understand that most college students are operating under moderate to severe financial constraints, but I don’t buy this as a legitimate excuse for the virtual death of dating. I’m not asking to be flown to Paris on a private jet for an evening of creme brulée and dancing beneath the Eiffel Tower — although if anyone’s offering that as a first date, please call me. Just seeing a movie, grabbing some dinner and going out for ice cream — some kind of night of realistic and fiscally attainable endeavors. There has to be something a little bit wrong with the fact that the idea of one person buying another person an ice cream cone seems as fantastical as a trip to Narnia.

I think that the real issue stems not from a lack of finances, but from the current perception that vulnerability is uncool. It’s a game of who cares less, and the first one to show any real level of interest or investment is immediately deemed “clingy” and discarded with haste. At some point last year, I recruited one of my friends to help me text a guy I was sort of interested in. I am terrible at texting and firmly believe I would have been better off in an era of letters written by quill, thus my need for backup. I typed up a draft that included an exclamation point and my friend responded with absolute horror. “You can’t use an exclamation point!” she cried. “That makes it look like you care way too much. You’ll scare him off!” I thought this was ridiculous, but the sad truth is that she was probably right. We live in an age where even a certain choice of punctuation can be perceived as “caring too much.” And if using an exclamation point shows too much vulnerability, then the concept of actually putting yourself out there by asking someone on a date seems entirely ludicrous.

Maybe I’m asking for too much here, but I challenge everyone out there to do away with the notion that caring is uncool, and to stop settling for lame “lol” text messages and flimsy encounters at a crowded party. Let’s ask each other out for ice cream and just see how it goes. Yes, there is a possibility of getting rejected, and that’s scary, but that’s also exactly why this is important. There’s always a little risk involved in anything that actually matters. Almost everything in my life that I’m proud of, everything that has actually changed me for the better, has come from putting myself on the line and taking a chance. Even if you get turned down, just get some ice cream anyway — everyone knows that ice cream is a magical substance proven to cure even the most severe heartbreak. And when your worst-case scenario still involves ice cream, what’s there to lose?

Sophia Crisafulli is still trying to figure out how to post a Twitter to the YouTubes for her grandma. Any information is welcome.

Ikr, I’m still waiting for the girl of my dreams to sweep me off my feet. Take a risk ladies, buy me an ice cream.

Good night, sweet form of social interaction:
And flights of angels sing thee to thy rest!