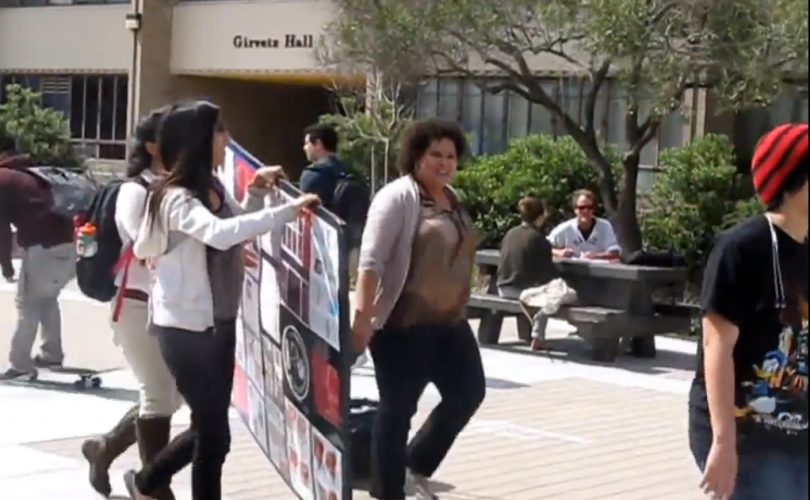 In March, pro-life advocacy group Survivors of the Abortion Holocaust held a protest demonstration in the Arbor that ended with Miller-Young engaging in a verbal exchange with the protesters as well as the theft of their materials and a scratch on the arm of 16-year-old protester Catherine Short. According to the formal complaint filed by attorneys, Catherine Short and LLDF member Allison Arranda, the UC Regents never contacted or apologized to any of the plaintiffs regarding the case. Following the incident, Vice-Chancellor Michael Young sent out an email warning students about non-students promoting personal agendas in an effort to provoke individuals on campus.

The suit also names recent alumnae Briana Brown and alumna Erika Ito as defendants in the case. The brief describes the actions of the defendants as “willful, wanton, malicious and oppressive” and done in “reckless disregard” of Short and her fellow protesters’ rights.

In a press release, LLDF President Dana Cody stated that Miller-Young did not conduct herself in a manner consistent with her profession.

“This is a mature, supposedly educated woman charged by the University of California to convey knowledge, and instead she conveyed discrimination and intolerance,” Cody stated. “Not only was she out of line in attacking students, but she literally drew blood from a minor.”

In August, Miller-Young was found guilty of misdemeanor vandalism and battery, and was sentenced to 108 hours of community service and three years of probation.

The complaint was filed to “vindicated [the plaintiff’s] own rights and rights of others” to engage in free speech on a public university campus.

“Plaintiffs did not consent to the Defendants’ acts and found them to be harmful and offensive to their person and dignity,” the complaint stated. “Plaintiffs have suffered actual damages, including but not limited to emotional distress, fear, shock, anxiety, embarrassment, physical pain, damage to property, and loss of reputation.”

According to the complaint, the defendant violated the first, fourth and fourteenth amendment of the Constitution, as well as California Civil Codes 51.7, which guarantees all persons within the jurisdiction of California have the right to be free from any violence or intimidation by threat of violence because of political affiliation.

According to the California Civil Code, a person may be liable to pay $25,000 in civil damages for denying or conspiring to deny a person’s right under 51.7.

The UC Office of the President as well as university administration declined comment on the pending litigation.

Honestly that professor going on a rampage was ridiculous and ignorant. However these ridiculous Pro-Life people do not even realize that because of their staunch views on abortion they are indirectly pro-rape-babies. If only they realized that we could solve the abortion problem by teaching proper sex wellness and education to a society that values sex. Instead of continuing to preach abstinence in a sex society. Wake Up World.

Tino I see you ya lil nerd

LOOK AT THAT NERD

HI TINO
WE SEE YOU
NYELLO SEES YOU

Watch out, it’s the papaRAZZi

I HECKED UP OK