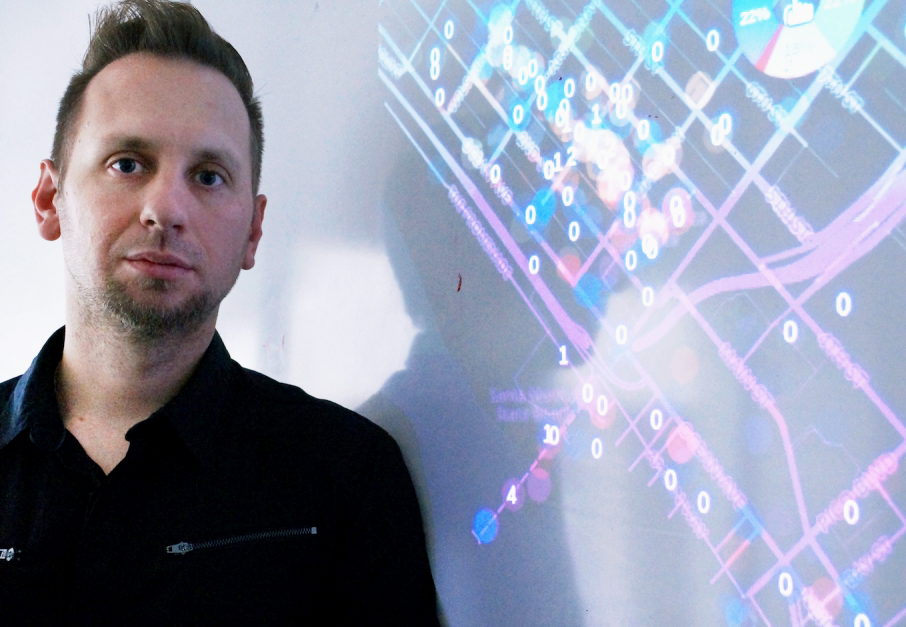 Assistant professor of geography Krzysztof Janowicz was recently awarded the 2014-2015 Harold J. Plous Award by the College of Letters and Sciences for his outstanding performance as a junior faculty member.

The Plous Award is one of the university’s oldest and most prestigious honors, established in 1957 in honor of assistant professor of economics Harold J. Plous who died at 32 years old after only three years in the position. The award is given to new and junior faculty members early in their careers with the university.

Janowicz, who received recognition for his research in the geographic information science and “geoinformatics” fields, is scheduled to give the annual Harold J. Plous lecture next Spring as part of his appointment.

Dean of Science and professor of physics Pierre Wiltzius said he believes Janowicz has been an impressive junior scholar from the start of his career at the university several years ago.

“He has been with us now maybe for something like two years, and I was actually part of helping recruit him with the geography department,” Wiltzius said.

“Among a very strong competitive pool of candidates he was the strongest already, so we were very lucky to be able to attract him in a very important area of geography.”

According to geography professor Dar Roberts, Janowicz’s work in mobile computing and GPS based location services is especially relevant today.

“The growing way we use smart phones, tablets or other devices to navigate our cars, find good restaurants, stores that sell specialized items, or simply look for things in geographic space,” Roberts said. “You can easily imagine that research that makes this easier and more accurate is of high interest.”

“I would emphasize that this is not only about being a talented junior professor, but it’s about already getting involved in campus life,” Montello said. “And that means intellectual activity both within your department and outside your department, I think those are important criteria.”

According to Montello, starting this year Janowicz will chair the Cognitive Science Program, a position usually filled by a tenured professor instead of a junior professor, which is not a tenured position. The program gives graduate students the option of adding a Ph.D. emphasis in cognitive science.

Wiltzius said the department is honored to have such a distinguished colleague as Janowicz.

“We’re very proud that one of the members of the science division won this very prestigious prize. I couldn’t be happier for Janowicz and also for the Department of Geography, which is a highly ranked department,” Wiltzius said. “It’s one of the highest ranking geography departments of the country.”

According to Wiltzius, Janowicz’s studies center around Geographic Information Science.

“[GIS] is how we deal with all the information that relates one way or another to geography,” Wiltzius said. “The big data bases, all the information that comes from sensors whether they are terrestrial, satellite or airplane based. It’s a rapidly growing area that’s a little bit between geography and computer science, so it’s really a very exciting area that our geography department wants to be in.”

A version of this story appeared on page 5 of Thursday, November 6, 2014’s print edition of the Daily Nexus.