The Daily Nexus
Water Polo
Water Polo Fails to Get Off the Mark in MPSF
November 3, 2014 at 5:05 am by Edward Moss 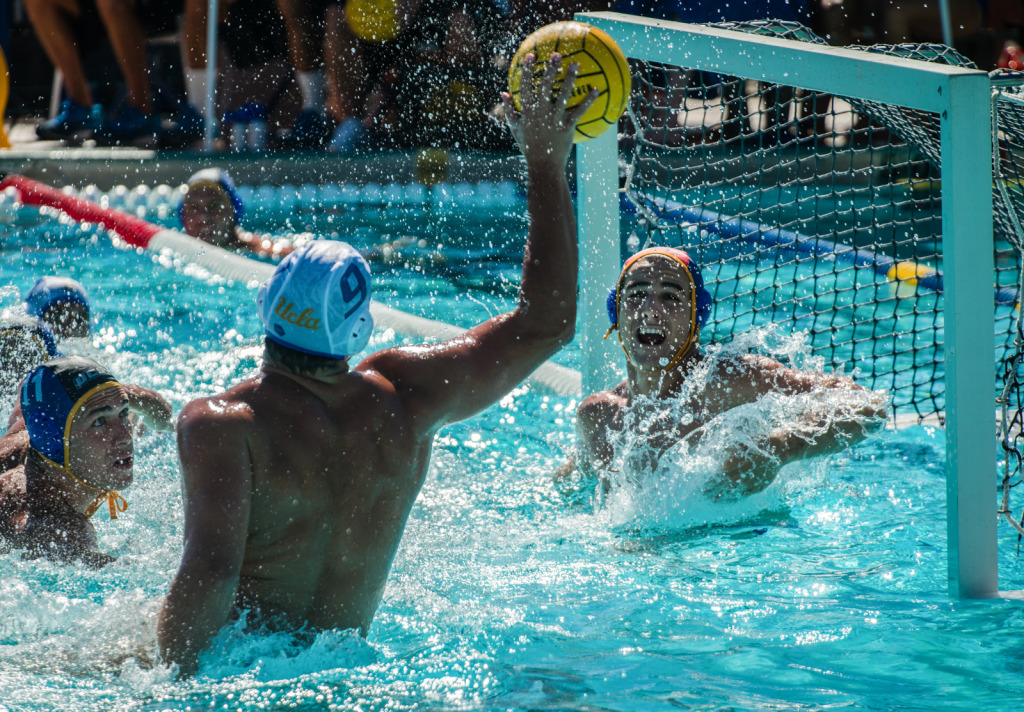 The No. 7 UCSB men’s water polo team left Northern California with two losses this weekend at the hands of No. 8 Pacific and No. 4 California.

The two losses bring Santa Barbara’s record down to 9-11 with a 0-6 mark in MPSF conference play. The Gauchos have lost seven straight matches.

“We can keep up with teams, we just need to play all four quarters,” junior utility Chase Racich said. “We need our energy level high, and it was there for some of the weekend but we need it up the entire time.”

Yesterday, the Gauchos lost a nail-biter to Pacific 8-7, the third contest between the two very evenly matched teams. Coming into the match, the teams had split the last two matchups with UOP winning the last game in sudden death overtime. The win brought the Tigers’ record to 13-9.

The game began with Pacific in front, as first up 2-0 and then 3-1. Santa Barbara came back to tie the game at 7-7 with a goal from senior utility Brendan McElroy with 4:36 left.

The Tigers then got the tiebreaking goal from junior attacker Ikko Saito with 3:32 remaining in the game. The Gauchos had opportunities in the final minutes but could not convert as the Tigers won the game by one.

“Our six-on-five conversion rate was pretty low this weekend,” Racich said. “We were moving the ball around well but we just weren’t getting goals.”

In its first match of the weekend, UCSB put up its worst defensive performance of the season, allowing 20 goals in a 20-10 loss at the hands of California. At the end of the weekend the Bears’ record was 20-4 after a loss to No. 5 Long Beach State on Sunday.

It was a tale of two halves for the Gauchos as the teams entered halftime with the Bears up 6-5. Santa Barbara got goals from Hauschild and junior 2-meter Nicholas Jordan. Hauschild had two goals in the game and Jordan led the Gauchos with three goals.

“They have probably the best offense in the league,” Racich said. “We can’t just let them score like that.”

The Bears scored the majority of their goals on the counter from mistakes by the Gauchos and physical play on their own part. The odd-man opportunities did not give junior goalie Chris Whitelegge much of a chance in front of his own net.

Looking forward to the rest of the season, the Gauchos have two remaining league matches against Pepperdine and UC Irvine before the MPSF tournament. Santa Barbara will hope to end its losing streak and get ready for the end of season tournament.

UCSB hosts Pepperdine on Saturday at noon at Campus Pool.