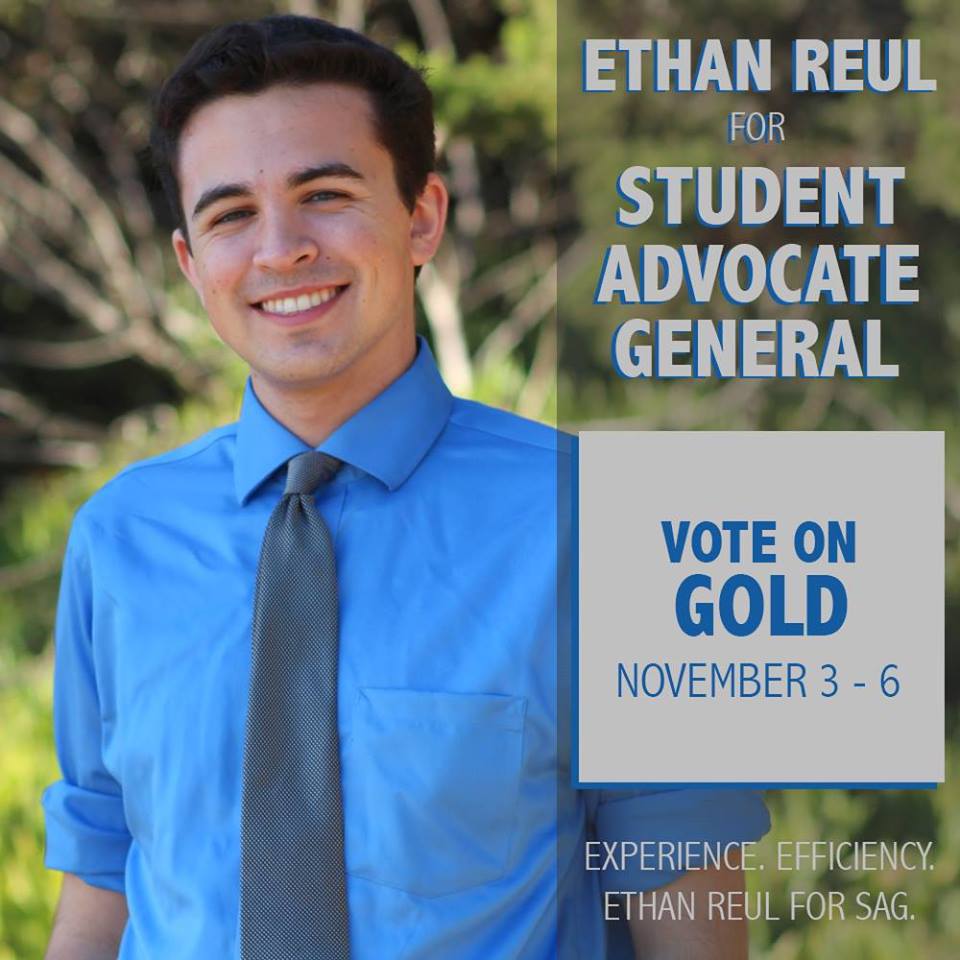 He also has a concrete plan ready to maintain and improve upon the current functions of the office with specific points, which makes him a better choice than his opponent. While Reul plans on keeping all the current employees of the office, something his opponent has also stated she would do, his plan for the office is more concrete. This includes a much needed modernization of the SAG website, advocacy workshops and outreach to various student organizations to create safe houses in Isla Vista, continuation of the Legal Observers program as well as efforts to increase communication with advocacy offices on other UC campuses.

While his platform primarily focuses on continuing the work begun by his predecessor, the unique situation of a resignation in the middle of the current term of the SAG presents challenges not faced by candidates that would otherwise come into the office in June. While we support his opponent’s commitment to keeping the advocacy and casework aspects of the office unified, her lack of prior experience with the office and with Associated Students places her at a disadvantage we believe makes her the less suitable choice for the office. 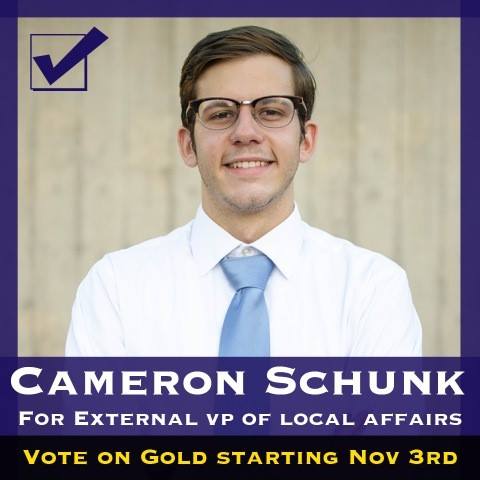 With a well-informed understanding of possible forms of self-governance, particularly in the process of making I.V. a community services district or legislative district, Schunk has already taken initiative to make I.V. a safer place by founding Students for a Safer Isla Vista, forming relationships with county officials and local legislators and by helping to lead I.V. self-governance town halls. Schunk’s plans to actively reach out to Latino families in I.V. and to address sexual assault by providing survivors safe opportunities to share their experiences with the community are goals that we feel appropriately address some of I.V.’s most pressing issues. In addition, his plans to increase EVPLA presence online, put the I.V. Community Center to use and document housing conditions in I.V. are goals we feel Schunk has the ability to deliver.

Ultimately, his passion for using the EVPLA position as an avenue to forward the movement toward self-governance for I.V. makes him best suited for the job.

The Daily Nexus does not endorse the proposed fee increase of $9.37 per student per Fall, Winter, Spring and Summer Quarters beginning Fall 2015 and decreasing to $6.84 in Fall 2019 for the Associated Students Legal Resource Center. Much of the increased funding would go to a Sobering Center program in Isla Vista that would allow first timer offenders of alcohol-related crimes to stay in a building until they sober up, ultimately avoiding a court case or jail time. We believe that the establishment of a Sobering Center would both incentivize irresponsible behavior in regards to reducing the consequences for underage drinking as well as discriminate unfairly against non-UCSB students who are residents of I.V. and would be denied assistance by the new center. The Sobering Center seeks to essentially augment and subvert the traditional legal process for drunk in public offenses for those fortunate enough to attend UCSB, while doing nothing for the broader community.

We recognize the importance of the A.S. Legal Resource Center in assisting students with legal issues and providing legal advice and therefore would be inclined to support a fee increase if funds were being allocated directly to improve the current functions of the office and if the requested amount were not as steep as it currently stands.

Thank you, Nexus, for the thoughtful consideration of the LRC fee increase. Curiously, your biggest con to it has to do with the seeming unavailability of the program to non-UCSB students, which we’d love to include as beneficiaries of the program. Interestingly enough, there are strong opposers to the program if we DID include non-UCSB students in its breadth. Not sure how to best resolve this push/pull dilemma. Can’t please everyone apparently, which unfortunately results in a short sighted examination of the overall need for this. With nearly 50 of these cases being rejected for prosecution in the court, which… Read more »

That would be 50% rejection of cases for prosecution.

Regardless of whether or not they consulted you on the hypotheticals and previous iterations of the proposal, that still doesn’t change anything they wrote. Their criticism of not including non-UCSB students is valid, just as criticisms for including them from the other side is also valid. You’re right, you can’t please everybody, that’s life. So what if there’s a 50% rejection rate. I don’t think I’ve ever heard of someone saying “screw it, I’m getting a DIP because it’s a coin flip as to whether or not I get prosecuted”. I also don’t buy the Nexus’s argument that this will… Read more »

This isn’t actually reporting, nor does it pretend to be. This is an endorsement, also known as the articulation of the staff’s view on an issue. Therefore there is no need to have contacted you about your opinion.

How many times does this Sobering Center idea have to fail before Robin Unander and the rest of the LRC realize that it is not worth using student money to build? If other people want to drink to the point of arrest that is their problem, not the rest of the school’s. How about some personal responsibility and individual accountability? Last time I checked, we were all adults…

Props to the Daily Nexus for smart endorsements. If the LRC wants more money, they need to drop the Sobering Center idea NOW and FOR GOOD.