The Daily Nexus
Music
Giraffage, Thomas Jack and Pineapples Brought Together at The Cool Off
November 2, 2014 at 5:56 pm by Nadine Bedwan 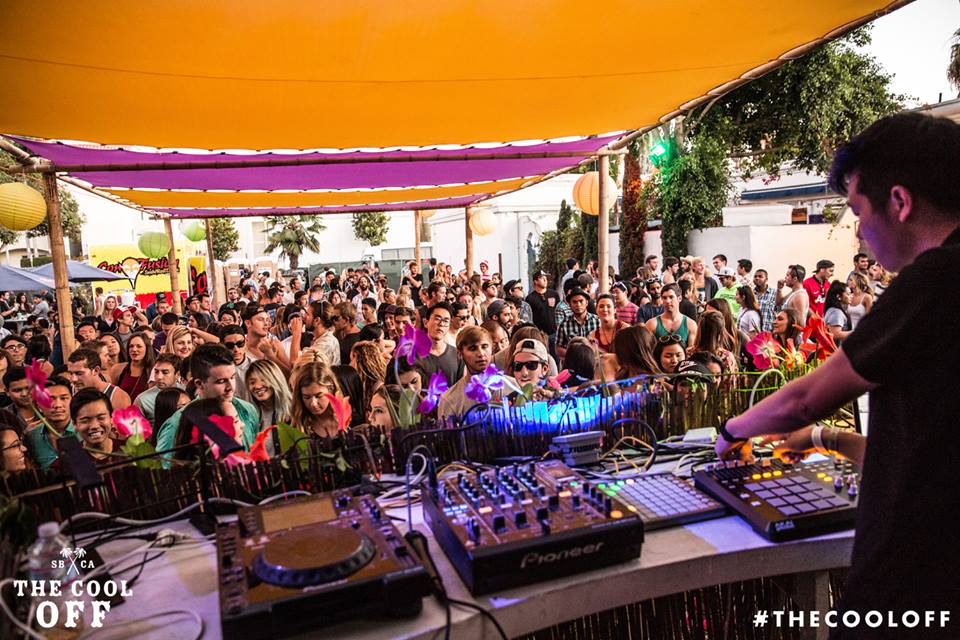 Photo courtesy of VTL Media and The Cool Off

I entered the outdoor space behind EOS lounge in downtown Santa Barbara through a narrow entrance in the side and found a tropical playground. Organized by RedEye Presents, The Cool Off — featuring Hotel Garuda, Giraffage and Thomas Jack — transformed a cement block on lower State St. into a beachy block party on Sunday, Oct. 26. Bamboo sticks held up purple and yellow tarps to shield the dancing crowd from the sun and a stage sat at the back featuring a DJ booth decorated with fruit, fish, flowers and leaves. A single pineapple decked out in disco tiles hung suspended right above the area where the stage met the floor. In a way this pineapple perfectly encapsulated the entire feel of the event: tropical summer meets funky disco.

Nowhere to be found were any elements indicating that it was actually fall, but I guess with the type of weather we get to enjoy in Southern California why not make Halloween into a summer holiday? Upon entering I immediately felt out of place and overdressed in my sweater and ripped jeans, since the dress code was clearly limited to shorts, dresses, flowy tops and bathing suits.

Hotel Garuda began kicking it off with Disclosure’s “What’s In Your Head” and Tiga’s “Bugatti.” At this point most people were enjoying the artificial grass area where they could lay back on love sacks or play a game of beanbag toss. Others were reclining on the circular couches supplied by the event’s prominent sponsor, Red Bull. The event offered other cool commodities including a McConnell’s ice cream truck and free henna tattoos. I explored the sushi/taco fusion truck entitled “Confusion,” which served as event goers’ main source of nourishment. Its offerings included “Chocolate Sushi,” “Dazed and Confused Fries,” and other items that aesthetically resembled tacos but consisted of raw fish and fried eggs. One patron described it to me as “good, different, the flavor is there.” A bite later he added, “Actually it’s really good.” 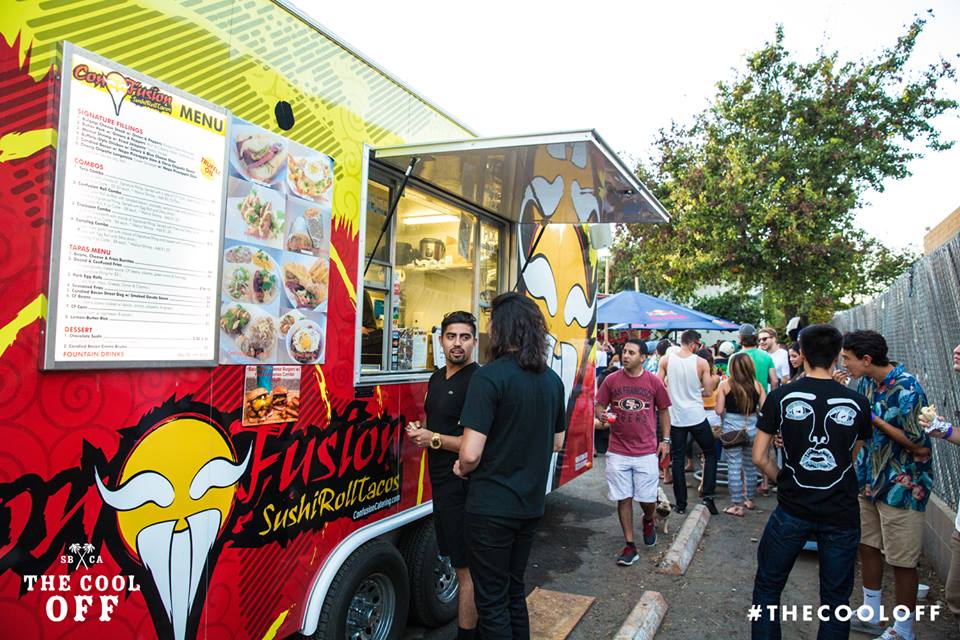 After they dropped catchy remixes such as Lana Del Rey’s “Ultraviolence” and Lykke Li’s “I Follow Rivers,” Hotel Garuda’s set segued straight into Giraffage with a continuous flow of music. No noticeable change occurred other than his signature “Gi-Gi-Gi-Giraffage,” which suddenly deferred my attention to the stage. Opening with his original track “Music Sounds Better With You,” he went on to play a set featuring much of his original songs with infamous hip-hop and pop tracks mixed in. Pausing during a pivotal part of his song “Close 2 Me,” Giraffage dropped the “Uh-huh honey” made famous by Kanye West’s “Bound 2.” At one point he played an unofficial remix of Soulja Boy’s “Kiss Me Thru the Phone” and R. Kelly’s “Ignition,” which proved to be crowd pleasers, before ending with his remix of Miley Cyrus’s unforgettable classic “Party in the USA.”

As far as (what I consider to be) true classics however, no one could join the ranks of the event’s main headliner, Thomas Jack. The Australian stayed true to the beachy theme of the event, which was to be expected since his genre is widely regarded on SoundCloud as “tropical house.” A definite high point was hearing Israel Kamakawiwo’ole’s “Somewhere Over the Rainbow” mashed into Louis Armstrong’s “What a Wonderful World.”

Taking the stage last at 6:30 p.m., Jack’s audience was at its rowdiest. Multiple objects made their way through the crowd, including inflatable bananas, flamingos, saxophones, a real pineapple and females in beach garb. Things got even funkier as they typically do after the sun sets, and out came the LED light hula hoops and LED light balls on strings, which made for some pretty gnarly dancing to watch — albeit from a safe distance.

As I was leaving, the last remaining sounds my ears could pick up was a slightly more digitized, upbeat version of Bob Marley’s “Is This Love.” Listening to the smooth tones of Marley, I felt immensely grateful to have had the privilege of experiencing an autumn day at a backyard beach in downtown Santa Barbara. 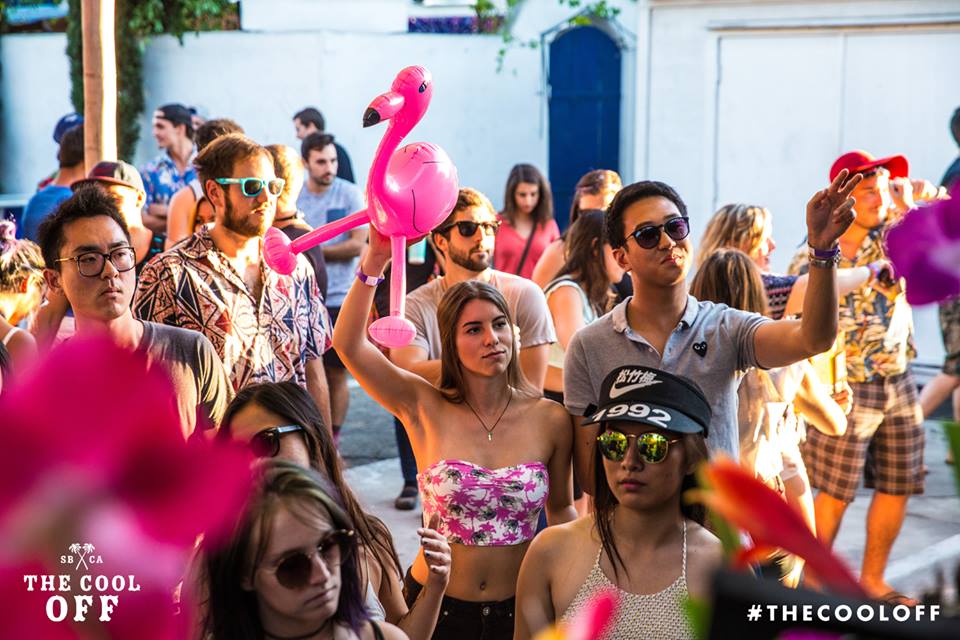 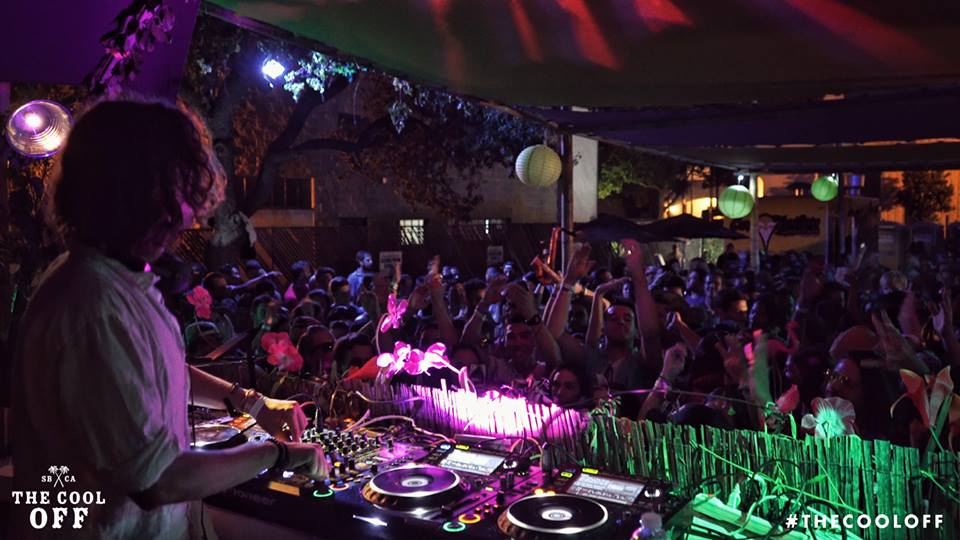