The Daily Nexus
Opinion
The Environmental Argument Against Measure P
October 31, 2014 at 3:00 pm by Lanny Ebenstein 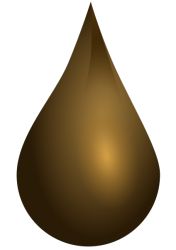 No one who considers herself or himself an environmentalist should vote for Measure P. Measure P would be detrimental to the worldwide environment, increasing global ocean pollution and air pollution. If Measure P passes, more oil and gas would be produced outside of the United States, where environmental standards for energy production are lower than here.

Spills from oil tankers and barges are among the largest sources of oil in the oceans from human-caused sources. If Measure P passes, more oil and gas would be lost into the environment through the tankering of oil and gas to the United States from such places as Iraq and Russia.

As long as we require oil and gas, it’s better to produce them in California and Santa Barbara County, where the environmental standards and regulations are among the strictest in the world.

In addition to the environmental costs in tankering oil to the United States from foreign countries — which include the possibility of tanker spills — many foreign energy producers vent methane, which is an important greenhouse gas.

Tankering oil and gas to the United States results in substantial atmospheric emissions from diesel fuel as well as ocean pollution. It makes more environmental and economic sense to consume energy produced in the United States than produced abroad, in the same way it makes environmental and economic sense (as a result of lower transportation expenses) to consume food produced locally.

In addition to the environmental benefits from defeating Measure P, there would be many economic benefits. These include increased jobs in Santa Barbara County, particularly northern Santa Barbara County where unemployment remains high in many communities. The local energy industry also provides tens of millions of dollars in tax revenues every year, including for public education, public safety, parks, roads and other public services.

Please join with Democrats, Republicans, Independents, public employee unions and the Santa Barbara Independent in voting no on Measure P.

These mammoth ship engines consume approx 16 tons of fuel per hour or 380 tons per day while at sea.