The Daily Nexus
News
Newsom, Williams and Capps Visit Campus
October 30, 2014 at 5:00 am by Megan Mineiro 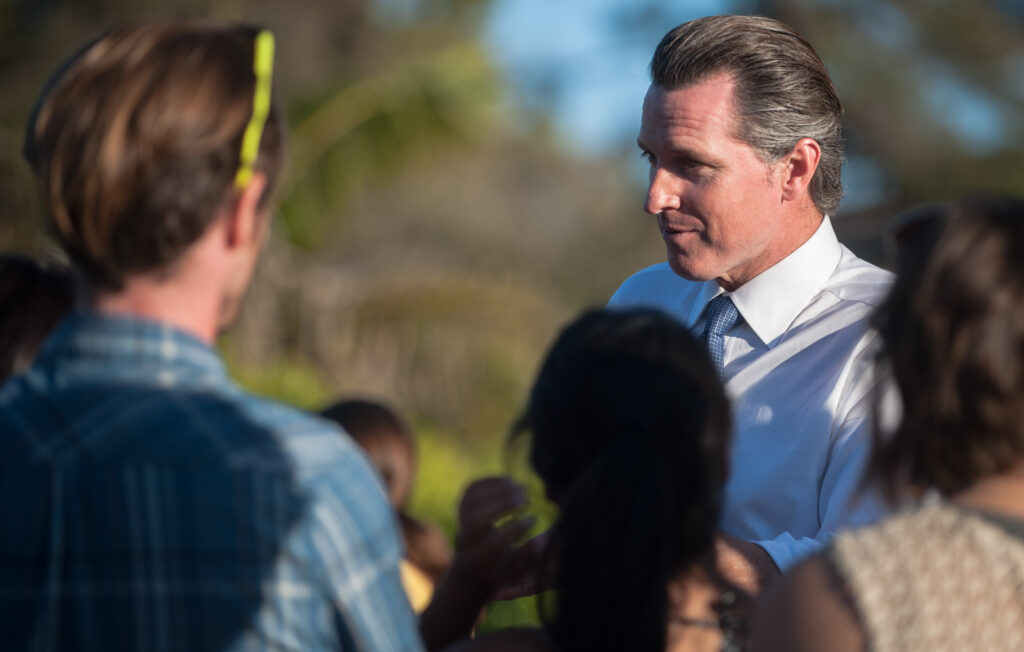 Lieutenant Governor Gavin Newsom addressed a crowd of students and community members yesterday at Storke Lawn as part of a rally hosted by Campus Democrats to encourage voting in next Tuesday’s upcoming midterm election.

Newsom was joined by Congresswoman for CA-24th district Lois Capps and 37th district assemblyman for Santa Barbara and Ventura counties Das Williams in congratulating the university for clocking in this year at 7,152 students registered to vote in under three weeks. The speakers discussed the essential role the student voice has on impacting issues such as anti-cyclic steam injection ban Measure P and Capps’s consistent reelection.

Newsom said he urges students to vote in next week’s election because of Capps’ close congressional race against Republican candidate, film actor and businessman Chris Mitchum. 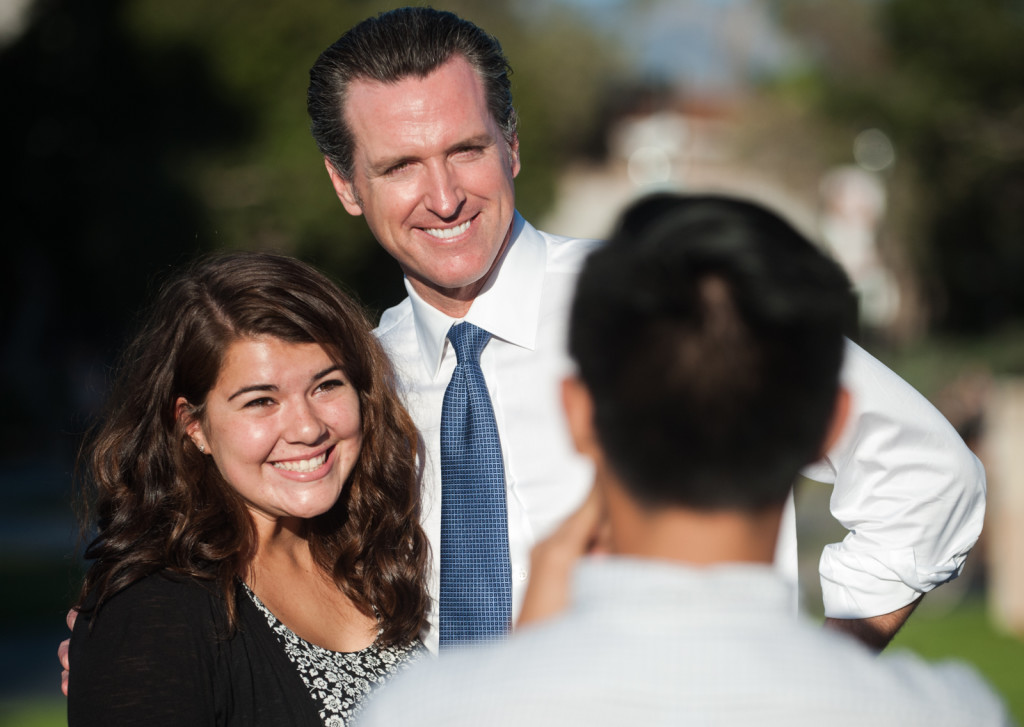 “This is one of the most competitive Congressional races in the United States,” Newsom said. “So for those that think ‘my vote doesn’t matter, there’s hundreds of thousands of people,’ this race literally could come down to a few hundred votes and so everybody’s vote does matter. As a student, your interests are at stake in this election.”

Campus Democrats vice president of events and fourth-year geology major Sam Goldman said although the university’s position as the number one university for voter registration is commendable, the achievement can be misleading.

“You want to make sure that voter registration turns into actual voting,” Goldman said. “It is obviously really awesome, and it does reflect a campus that is active and concerned with what’s going on around us. But hopefully the momentum from this event will get people excited and will carry over to election day.”
Capps said that students have a significant impact on the outcome of her race.

“It’s a concentration of votes that I appreciate for my race because this race is really a tough one and so it might give me the margin of victory,” Capps said. “My husband won a congressional seat and he won by the margin of the number of students who voted in Isla Vista and at UCSB. I always try to share that with students about the importance of student votes.”

According to Williams, students play a large role in deciding whether or not future cyclic steam injection, acidizing or fracking will occur in Santa Barbara County.

“Santa Barbara is regarded in many places as the birthplace of the modern environmental movement and that is an important legacy,” Williams said. “We had hundreds of applications in the last year [for drilling new wells] and many would be with the most dangerous, the most water intensive and the highest carbon emissions of techniques that are out there.”

According to Campus Democrats President and fourth-year chemistry major Krishna Hammond, as election day grows closer Campus Democrats will continue to promote the importance of voting to students and Isla Vista residents.

For the “I’ve got a big clock counting down in my head ‘til election day,” Hammond said. “We’re going to be knocking on doors, calling people, going around the neighborhood, waving signs at people; basically everything you possibly can to get people to come out.”

Newsom said he believes Campus Democrats’ efforts are important to help “reconcile the apathy that exists with young folks in the electoral process at all levels.”

“We have an obligation to be active citizens,” Newsom said. “Young folks have the capacity to amplify their voices in a way that is unique in this generation. There are a lot of young folks that have the absolute ability to change things radically, but only if they exercise their voice and are more participatory in the life of their campus.”

A version of this story appeared on page 5 of the Thursday, October 30, 2014’s print edition of the Daily Nexus.