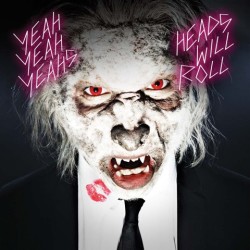 Here’s a relevant question: how many times have you heard “Monster Mash”? Probably enough times to know it has lost its magic. This classic does not conjure up feelings of horror or fright, but rather eye-rolling and dismal sighs.

This goes for numerous over-played Halloween hits, from Rockwell’s “Somebody’s Watching Me” to Michael Jackson’s classic “Thriller.” This year, you won’t be stuck blasting the usual tracks, because we have compiled a list of tunes spanning three decades that are often overlooked at a Halloween bash.

It’s time to update your Halloween playlist with tracks that will really get the party going — and heads rolling. Here are five songs to get you in the spooky spirit.

“Mind Playing Tricks on Me” by Geto Boys

Southern rap group Geto Boys, comprised of rappers Scarface, Willie D and Bushwick Bill, caused widespread paranoia in 1991 with their classic “Mind Playing Tricks on Me.” The track begins with an eerie bang. Rapper Scarface begins his verse with the line “At night I can’t sleep, I toss and turn / Candlesicks in the dark, visions of bodies being burned,” and it only gets creepier from there. The song is appropriate for this time of year, as Bill lets the listener know, “this year Halloween fell on a weekend/Me and Geto Boys are trick-or-treating.” As you can imagine, their outing doesn’t end with bags of candy, but rather bloody knuckles.

This track might be upbeat and heavy on the synthesizer, but don’t be fooled — the song is actually about decapitated dancers and glitter blood. Don’t believe me? Check out the music video for this gory number. It follows a wickedly smooth dancing werewolf as he entertains an audience, and then swiftly murders them all in a flurry of red confetti and flashing lights. Disturbing? Yes. Perfect for a Halloween rager? Also yes.

From the moment the song starts, listeners know they’re in for a treat. That’s because this West-produced party-starter wastes no time scaring its audience. Bon Iver has just enough time to sing the lines “Oh just another lonely night / Are you willing to sacrifice your life?” before a high-pitched shriek engulfs the track and makes the transition to a high-energy, fast-paced beat. The music video is equally eerie, with possessed partygoers chasing after Mr.West and his entourage.

“Freaks Come Out At Night” by Whodini

It’s not just children who come out on Halloween — and it’s not just DP enthusiasts either. That’s right, because as hip hop group Whodini declares on their 1984 hit, the freaks come out at night. You’ll be too busy dancing to this funky hip hop classic to scour the crowd for the freaks, but take the songs outro as fair warning: “If you wanna live a nice quiet life / Do yourself a favor, don’t come out at night.”

What do you get when a pop princess goes goth? Surprisingly, you get the perfect Halloween-themed song to get zombie-like guests moving. A chart-topper when it was released in 2009, “Disturbia” is still an absurdly danceable track, one with creepy undertones and an even creepier music video. Highlights include “It’s a thief in the night to come and grab you / it can creep up inside you and consume you,” and “Am I scaring you tonight?” Yes Rihanna, you are.

Elena Bernick would like everyone to know she won’t be blasting “Monster Mash” this weekend.