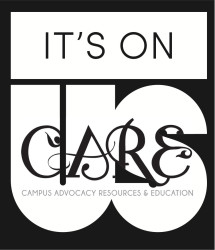 With Halloween weekend approaching, an influx of out-of-towners also means an influx of perpetrators of sexual violence. With an even higher concentration of people in the streets of Isla Vista, our risk for being targeted for sexual assault increases and, therefore, the need for us to look out for one another becomes that much more imperative.

Advocates against sexual violence are making a large push for bystander intervention training, a crucial tool that all I.V. residents should learn. While Campus Advocacy Resources and Education offers training through their Together We CARE program, available training dates are limited and not offered prior to Halloween weekend. I strongly encourage everyone to partake in the program when it is available, but for now I want to cover the basics of bystander intervention. In this article I am going to cover how to recognize high-risk situations, what a bystander is and the different ways you can intervene as well as provide resources and information regarded sexual assault.

First, you must be able to recognize a high-risk situation. Steps that you may witness leading up to a potential sexual assault are the perpetrator’s identification of a target, the use of charm to get the person to like them, giving or buying the person drinks and trying to get them back to a private place. What makes this so challenging is the fact that all these tactics can be seen as common behaviors within a consensual hook-up also. Therefore the person on the receiving end of these behaviors will be your crucial indicator of a risky situation. How are they responding to this behavior? Do they seem interested? Are others around them also looking concerned? Do they seem too drunk to make a clear judgment? Is the potential perpetrator getting more aggressive in response to the other person’s resistance?

The answers to these questions can often lead you to the answer at whether or not you are witnessing a safe, consensual situation. Ultimately, trust your instincts. If something doesn’t feel right, it most likely isn’t.

A bystander is someone who notices a behavior or situation, like an interaction between two people at a party that could lead to something bad and are faced with a choice to either help, do nothing or contribute to the negative behavior. Those who choose to do nothing are passive bystanders, the group of people we are trying to eliminate and empower to instead become active bystanders, those who choose to do something to decrease the likelihood something bad will happen or get worse. How many times have you seen something questionable and not done something only to wonder if you should have long after that moment passes? Choose to act this time and be an active rather than a passive bystander.

What might prevent you from intervening? That you think someone else will just do something about it? Are you concerned for your own safety? Maybe it’s that you don’t know the dynamics of the relationship between these two individuals and are worried you’ll “cock block?” Are you shy? Are you worried what your friends may think? Whatever it is, be creative and consider a way that you can use one of the three Ds to work for you. Do it right now. Think about a situation, maybe one you’ve seen in the past, and come up with a way that you’d feel comfortable intervening so that when you do come across the situation you’re prepared.

I now want to address the issue that alcohol is the No. 1 drug used by perpetrators to target victims of sexual assault. I say this to highlight a common misconception. Undoubtedly there is a large correlation with instances of sexual assault and alcohol use. Because of this, people often jump to the conclusion that if a victim had not been drinking they wouldn’t have been assaulted. However, often perpetrators encourage potential targets to drink further, or target someone they know is too drunk. The reason alcohol and sexual assault are often so intertwined is that alcohol limits a potential victim’s ability to resist, decreases their likeliness to report, and moves the blame from the person committing the violence to the person receiving the violence.

I challenge you to change your feelings surrounding this issue. Even if a victim were wasted of his or her own accord, a sane human would not then want to have sex with that person; they would want to help them. It doesn’t matter what they were wearing, which is especially important to note over Halloween when clothing naturally tends to be at a minimum for all genders. The same way it is your right to be wasted (although I don’t endorse it and highly encourage everyone to drink safely) it is also your right to wear whatever costume your heart desires. Neither being wasted nor being underdressed will or should be the cause of a sexual assault. Only the perpetrator causes sexual assault.

That leads me to my next request of you over not just Halloween weekend, but also every weekend. If someone appears to be too drunk, intervene. Don’t be a passive bystander. If you cannot help them yourself, guide them to a friend who can, and if you must, call the police. Spending a night in the drunk tank is much better than experiencing many of the other dangers a person faces in that situation. If you have friends visiting, while we encourage that you keep it local, they are your responsibility. They most likely don’t know Isla Vista and therefore you must make sure they are safe.

In the event that you or someone you know does get assaulted over Halloween weekend, A.S. Take Back the Night will be providing a Pardall Center Safe Space at 6550 Pardall Road starting Oct.30 through Nov. 1 between 9 p.m. and 2 a.m. The center will have professional staff and volunteers on site. CARE will also have advocacy specialists on call and ready throughout the weekend. You can reach a CARE advocate by calling the advocacy hotline available 24/7 at (805) 893-4613. In the event of someone you know being assaulted the most crucial thing you can provide for him or her is your unquestioned support. Assure them that you believe them as you are most likely the first person they have told and therefore are a defining aspect of how they view what happened to them. Make sure to guide them towards resources that can help them, ideally accompanying them to the Pardall Center Safe Space where professional staff can assist them.

At some point in every instance of sexual assault there was someone who saw something they felt uncomfortable with. If you are one of those people, remember the three Ds — your conscience will thank you for it. And finally, be safe this Halloween and look out for one another. Don’t forget the I Heart UCSB pledge and that Gauchos always have each other’s backs, no matter what.

A version of this article appeared in the Thursday, October 30, 2014 print edition of the Daily Nexus.

The confused, sometimes stupid, and often downright dishonest feminist foolishness about sexual ‘violence’ (really robbery) needs to stop. Changing your ‘feelings’ really means digging down below the fascist fear mongering that feminists are infamous for regarding (male-female) sexual robbery/violation. Rape, which the CDC stats show is committed in about equal numbers BY women on men, is too important a crime to be monopolized by members of the world’s largest and most officially coddled (anti-male) hate movement.