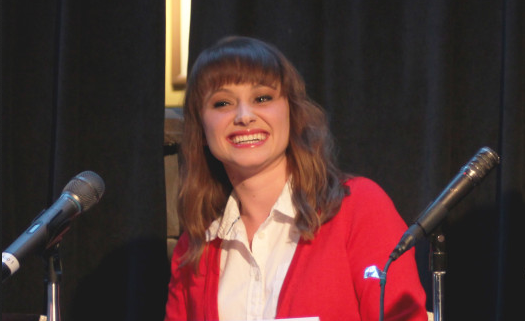 The Associated Students Senate discussed a controversial new bill regarding a re-structure of the Office of the Student Advocate General last night in the Flying A room at the UCen.

The Student Advocate General is an Associated Students executive position that acts as a public defender for students under university policy. The bill presented in Senate aims to help the Office of the Student Advocate represent the entire student body by removing their ability to conduct case work.

According to Associated Student President Ali Guthy, the Student Advocate General wastes much of their time assisting individual students with legal issues.

“The former SAGs spend most of their term, if not all of their term, conducting individual case work,” Guthy said. “I think this is a significant hindrance to the office as they’re not focusing on aiding the student body as a whole.”

Guthy said case studies should be conducted outside of the Office of the Student Advocate.

“We should move the case work portion of the student advocate into an advocacy unit,” Guthy said. “This does not change students’ access to the resource; it will still be provided. The only difference is that it would function as a unit instead within the Office of the Student Advocate.”

After several concerns from Senators regarding the how the new Office of the Student Advocate will work, and how they can make a decision without a new SAG currently in place, Guthy said it would only be a structural change and that it would not affect the newly elected SAG.

“The biggest concern is that there’s no SAG to weigh in on this. That’s literally the only thing I’m hearing,” she said. “I’m just sharing that from my perspective, I don’t understand how they will be able to understand how their office is functioning, what they like and what they don’t like until the spring quarter… I’m making this as a structural change, not an executive staff change.”

“I think that’s a huge failure when you’re going to write a bill that completely changes the structure of an office you have never, ever worked in,” Loverin said. “You have never had a student come to you sobbing and begging for help because they are being harassed or they’re being stalked or about to get thrown out of school.”

Loverin said that, from personal experience, the SAG’s ability to conduct individual case work is essential to assisting students.

Loverin also said Guthy never discussed this bill with other students in the Office of the Student Advocate and that it has little support within the office.

For the “There was disagreement in the current office whether or not this should even happen,” Loverin said. “They all decided it should not happen this year. They didn’t realize they were voting for a future when they were asked to vote on this.”

According to Loverin, Guthy’s actions are “silencing student voices at its most basic level.”

“They were approached by Ali and said this was what she was proposing: ‘What do you think? You vote. You tell me what you want,’ and they said ‘no’ by a huge majority,” Loverin said. “They said ‘no’ and she said that it was going to go forward anyway … No one’s being listened to in the office. I’m saying this is the worst idea.”

A version of this story appeared on page 6 of the Thursday, October 30, 2014’s print edition of the Daily Nexus.

If “literally the only thing” Ali heard at Senate was that there was no SAG it’s because she doesn’t bother to stick around and hear the actually office members speak or hear the Attorney General telling her the bill she’s got is constitutionally illegal.