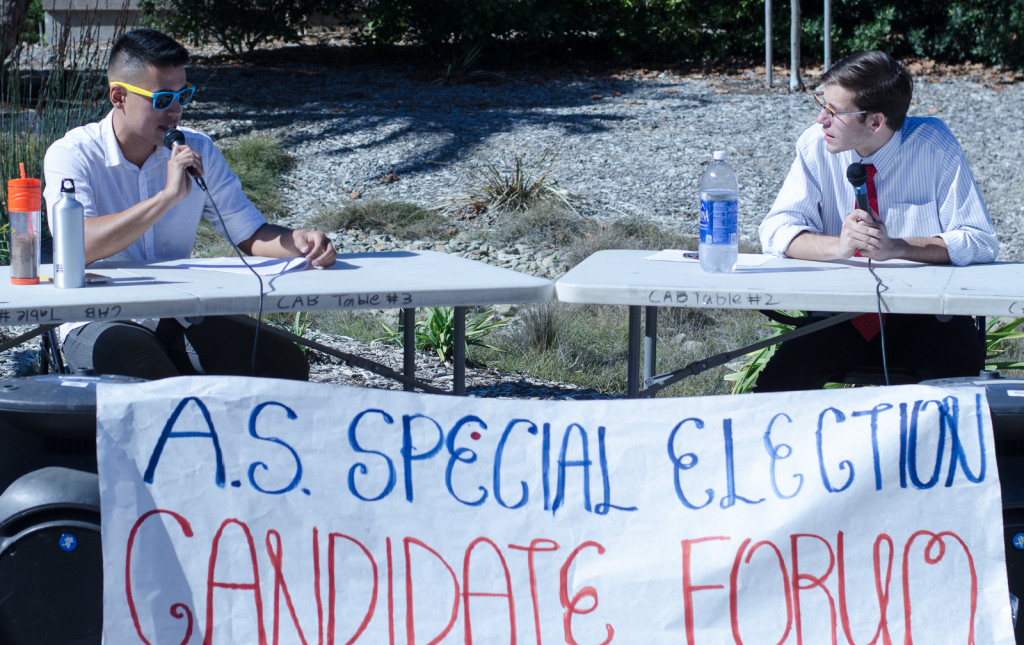 Associated Students held a forum at the Arbor on Wednesday for the position of A.S. Executive Vice President of Local Affairs.

Cameron Schunk, a fourth-year psychology and political science double major, is running unopposed to fill the void previously left by fourth-year sociology and Asian American studies major Beatrice Contreras. The forum was held yesterday afternoon in the Arbor to inform students about Schunk’s platform and goals for the future if elected.

Fourth-year psychology and Chicano Studies double-major Gerardo Gonzalez, a general member of the elections committee, said no one outside of A.S. asked questions.

“Questions were centered around his position as a EVPLA, what he was working to accomplish, his thoughts and his experience he’s had with Associated Students and the EVPLA office in Isla Vista,” Gonzalez said.

According to Cameron, his platform focuses primarily on providing student advocacy and self-governance for the residents of I.V., and there is no one entity responsible for everyone living in I.V.

“At the end of the day we are represented by one of five supervisors on the Santa Barbara County Board of Supervisors,” Schunk said. “Of that one person, we’re only 20 percent of her voter block. We’re not her priority and that’s not because she’s a bad person, it’s because she doesn’t have the resources to dedicate to us effectively. If we have the resources ourselves, we would be able to do it just fine.“

A.S. Public Safety Commission Chair Molly Morrison said Schunk’s platform resonated with her and that he demonstrated concern for the future of I.V., a concern she found lacking in many other students.

“Most students here, because they are so transient, don’t seem to care about the future of UCSB, SBCC students and Isla Vista long-term residents,” Morrison said. “I think his platform for self-governance and overall for culture improvement really speaks to me. If we don’t have anyone to speak for us right now, then who will speak for us in the future?”

According to Schunk, another primary goal of his is to create an “I Support Isla Vista” campaign for community members, business owners, and long-term residents to catalyze advocacy and community interest in I.V.

“One of the things I’ve noticed in Isla Vista is whenever I attend a county board meeting, it is largely long-term residents that are there. It is because students aren’t aware that those things are happening,” Schunk said. “If we don’t speak, no one will hear us.”

Schunk said he also hopes to have A.S., and eventually the university, provide outreach by providing bilingual publications and announcements.

“I want A.S. and especially the entire student body to take accountability for the impacts we make on the Isla Vista community,” Schunk said. “Just because you love something, doesn’t mean you always take care of it, even when it needs to be taken care of.”

A version of this story appeared on page 6 of the Thursday, October 30, 2014’s print edition of the Daily Nexus.