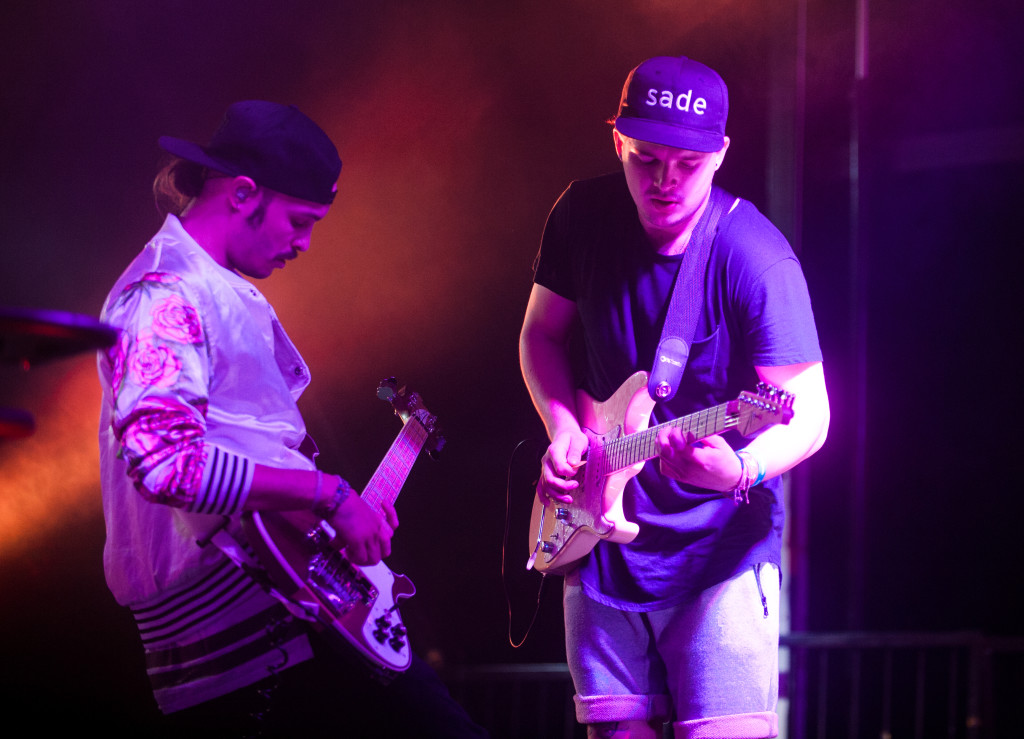 “Doses and Mimosas” first infiltrated the speakers of Isla Vista in 2012. It was easily one of the biggest anthems of the year, along with the overplayed “Feel So Close” and horridly catchy “Call Me Maybe.” For some reason “Doses and Mimosas” never got old for me (can’t say the same about you, Carly Rae Jepsen), and it was super groovy to see the act behind the song live. Last Sunday, Oct. 19, Cherub sparkled as the headliner of the Block Party, the last hurrah of this year’s New Noise Conference and Music Festival.

Earlier in the day, I caught up with Josh Ocean of Ghost Beach, who preceded Cherub. Ocean was a generous conversationalist, complimenting the band onstage and pondering musical ideas out loud. He told me he liked my floral headband (made of fabric scraps from a booth at the front of the Block Party), so I gave it to him. He immediately put the purple mangled mess over his bleached blonde hair and gave me an appreciative high five.

Ocean is the vocals and synth master of Ghost Beach, a Brooklyn-based electro-pop duo. They’ve been on tour with Cherub for the last eight weeks after the two groups met in London. “It’s been so crazy [being with them],” said Ocean. I pressed him for details, to which he took off his robin egg blue shades, widened his eyes and said, “Use your imagination.” 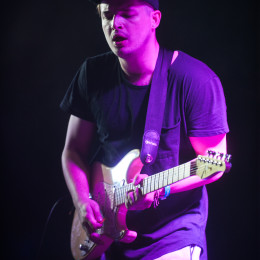 Coming out to the R. Kelly classic “Bump ‘n Grind,” the two men who form electronic pop band Cherub danced their way to the stage, only to become wary of the crappy sound system and shortened time slot. This was around 6:48, and Cherub was the last of six bands to close out the weekend. Unfortunately for the disco pop duo, the venue’s monitors were faulty, and they ran into timing issues for the rest of the show. Thankfully, spirits were running high through the crowd, and Cherub made the best of the unlucky circumstances.

The duo, which consists of bassist Jordan Kelley and guitarist Jason Huber, were super attentive to the audience, singling out people in the crowd and giving a shout out to an old friend named Matt who they tried all the drugs with back in the day. If there was one thing that Cherub made clear on Sunday, it was that they love their drugs and sex. Of course, anyone who has mildly creeped on their social media would be able to tell you that. According to Facebook, they’ve got a “common goal to share a little bit of sex, a little bit of drugs and a whole lot of love with people across the globe.”

“I wanna see more clouds,” said Kelley, referencing the marijuana and cigarette fog that floated above the 400 person crowd. Kelley began several anecdotes onstage, only to continue singing under the pressure of time. So he truncated the storytelling with little snippets like, “This song is about casual sex,” and “This song is about doing a lot of cocaine in the bathroom stall.” It was obvious that Kelley wanted to charm the audience more with his potent soliloquies; under the circumstances, he did what he could.

In an act that demonstrates Cherub’s all-night-long attitude, Kelley cordially invited everyone to an after-party at EOS Lounge, yelling that even though the noise ordinance at the Block Party was at 8 o’clock, “We are going to play music until we all black out.” Drunken college kids cheered, waved their arms back and forth and made out with the stranger next to them.

Cherub sang new tracks from their latest release Year of the Caprese, including “<3 (Heart),” “Do the Math” and “Disco Shit.” They fed the audience the old stuff — “XOXO” from MoM and DaD and of course the classic champagne showers song that got them so popular in the first place, “Doses and Mimosas.”

At the end of the show, Kelley and Huber were looking pretty knackered, both sweating profusely with their hair hanging in strings. But their eyes were still ablaze, especially when they did a duo guitar solo together. “Hey,” said Kelley. “You guys are the best — what day is it? — best Sunday crowd we’ve ever had!”

When the best Sunday crowd Cherub ever had screamed for an encore, Kelley and Huber came back onstage, only to have their mics cut off. If this was any other band, they would have gone back to the hotel, complained about the shortened time slot and knocked out in preparation for more shows in L.A. But this is Cherub, and true to their lyrics, they kept the party going at EOS Lounge; after all, “it’s all overrated/except drugs and alcohol.” 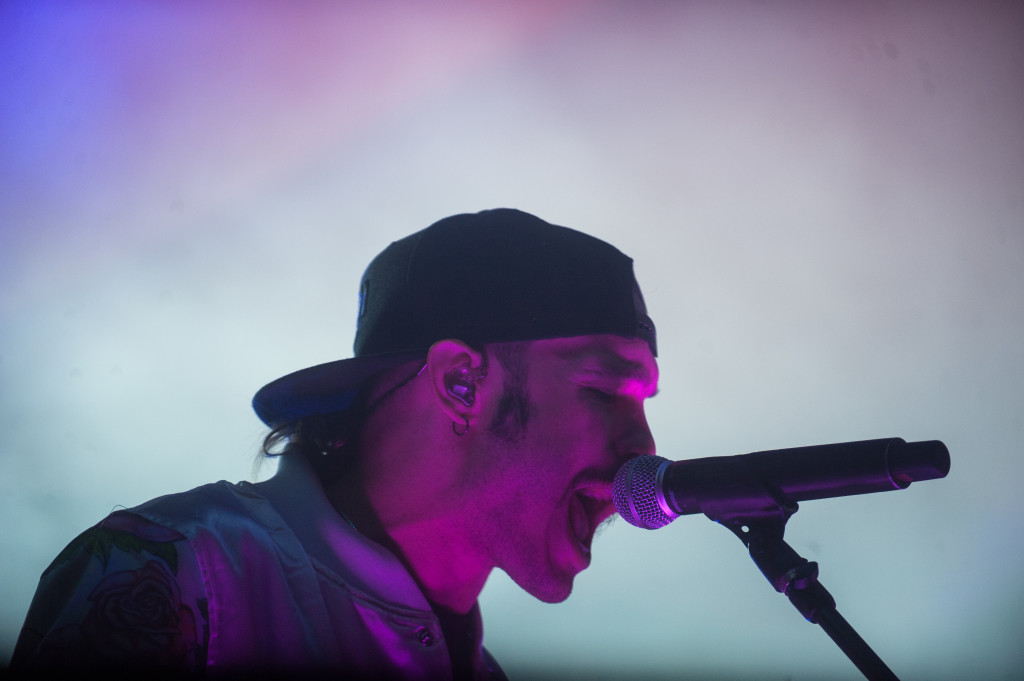 A print version of this story appeared in the Daily Nexus on Thursday, Oct. 23.