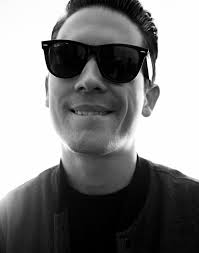 As I walked up the narrow steps of the white tour bus that was stationed behind the Hub, my eyes glazed at the lavishness of the interior of the vehicle. In front of me was a lengthy figure sitting on crocodile-leather seats, wearing tight black skinny jeans, a plain black tee and a slick leather jacket. He stood up and extended his arm out to me to introduce himself. “Gerald,” he said, a sincere grin on his face. He offered me a drink and we sat down, turned to each other. Although I tried to play it off and act cool, I couldn’t help but tremble with nervousness at the surreal thought that I was about to interview G-Eazy for his sold-out show at the Hub.

25-year-old Gerald Gillum, otherwise known as G-Eazy, is a popular rapper, songwriter and producer from Oakland, CA. His 2014 debut studio album entitled These Things Happen peaked at number three on the Billboard 200 chart, as created by a skyrocketing demand for the young artist’s addictive hip hop beats and lyrical control. Having just launched his nationwide “From the Bay to the Universe” tour, the Oakland rapper hit Santa Barbara on only the fourth day — Oct. 24.

G-Eazy discovered his passion for rapping at the age of 14. He explained the strong sense of determination he felt when he realized that rapping is what he wanted to do for the rest of his life. “I just figured that if I’m going to do this, I want to do it and take it as far as I can go. I want to be a legend.” From what we can see today, this motivation has brought him to a successful music career.

He continued to pursue his dedication to music throughout college. Having graduated from Loyola University New Orleans with a degree in music industry studies in 2011, G-Eazy is well-experienced with balancing both music and school. “Moving to New Orleans brought in my horizons,” he said. “I met my manager there, as well as other driven, like-minded people. I feel like college really helped give me that extra push I needed to get me to where I needed to be.”

Gaining inspiration from notable artists such as the Beatles, Drake, Kanye West, Tupac and E40, G-Eazy combines hip hop and R&B melodies with oldies and rock ’n’ roll. “I draw little pieces from music and use those influences to create my own songs,” he explained, sipping on a cup of hot coffee. “I’ll really like how this kick-drum sounds in this song, or the way this particular synth sounds, or this kind of a cord-progression, or this kind of a melody. I just take little pieces from a bunch of different places and pull it all together.”

Despite G-Eazy’s catchy tunes and hooking rhythms, there’s a lot more to artist’s songs than their musical components, and that’s where his lyrical abilities come in. An admirable lyricist, G-Eazy aims to showcase his helter-skelter-type life. “My songs are about lifestyle,” he said with a kind nod. “They’re about my reaction, my perspective and my outlook on the world.”

G-Eazy’s lifestyle is definitely not a normal one. From traveling around the country to promoting his latest album, a break is the last thing on the rapper’s mind. When describing his current tour, he was excited to tell me how well it was going — even on its fourth day in. “This is the best tour yet, by far. It’s just an honor to be able to tour with somebody like E40 — he’s a legend and I grew up listening to him, so it’s a privilege to share a bill like that.”

Feeling rather like a mere outsider looking in, I had to ask how it felt to have reached number three on the Billboard 200 chart. “It’s all validation,” he said. “When I work in the studio, it’s this lonely process of creating something. All you can do is just hope it works. You just hope that what you’re making is going to resonate with people and you hope that they’re going to respond and like it. And when stuff like sold-out shows or being on the charts happens … that’s the return. It’s like ‘oh shit, this worked.’” He seemed proud of what he was saying — confident in his journey as an artist and what he is capable of accomplishing.

As the interview was coming to an end, I asked if he had any advice for UCSB students wishing to step into the music industry. While at first he comically replied “don’t do drugs,” he continued on a more serious note. “Start whatever it is you want to be before you graduate — don’t wait until after college. It takes a lot of years on the runway to get the plane off the ground,” said G-Eazy. “College is kind of like this safe bubble — you think it sucks, but the real world really sucks. I would take all my free time in college working on music so that by the time I finished, hopefully that plane would be off the ground and I could be doing music full time.” From what I can tell, his strategy worked.

Before I knew it, my time with the rapper came to a close as he was called to do a sound check. The line outside the Hub nearly extended to Storke Tower, with many UCSB students ready to have one of the best nights of their lives. G-Eazy performed songs such as “Downtown Love,” “Lady Killers,” “Let’s Get Lost” and of course, “I Mean It.”

While the crowd didn’t have that one-on-one experience I was lucky enough to have, G-Eazy was just as inviting and enrapturing onstage in the Hub as he was in the interview. Soon enough I realized that the Oakland native’s charisma and ability to connect with people is exactly why the world just can’t get enough of him. 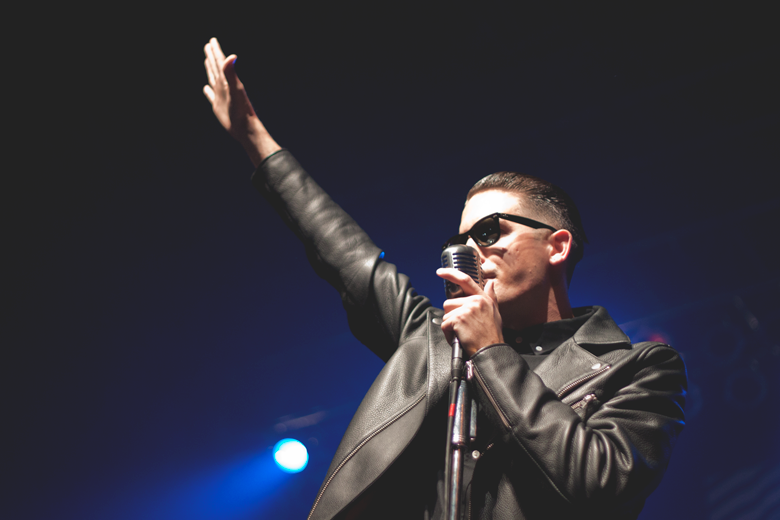 Did you get a chance to ask him about his tour to New Zealand/Australia?

It was briefly mentioned but we did not really go in depth about it, no.

I can’t wait to see him this Friday at Aragon Ballroom in Chicago!

This article should have started with, “Dear Diary,”

Ah I am so stoked to see him this Friday in Madison WI! Tickets sold out so quickly – I was lucky to snag them. Cannot wait.

Another example of some idiot who thinks buying himself into the rap game will make him a legend? Real hip-hop fans will never accept a rich white boy trying to rap.