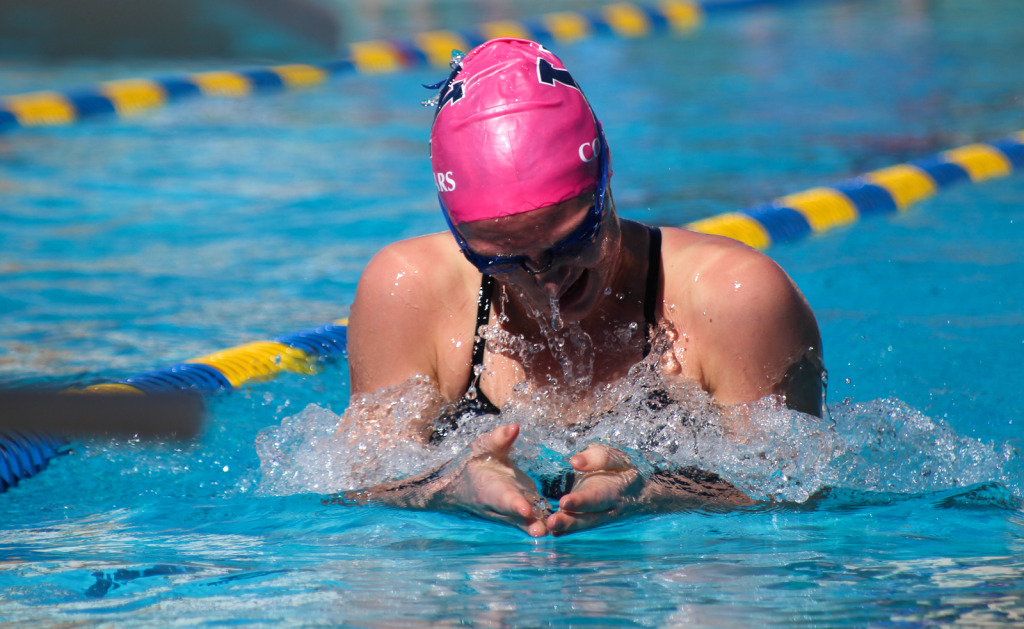 This past Saturday, the UCSB women’s swimming team opened up its season by picking up a win over conference opponent BYU with a score of 164-98 before dropping a loss against a dominant UCLA team, 162-96.

With this meet in the books, the Gauchos hold a record of 1-1 overall and 1-0 in conference play, while Los Angeles improved to 3-0 and BYU fell to 0-2 after their first meet.

“We split against two good teams that are very deep,” Head Coach Gregg Wilson explained. “We had a lot of new faces in the pool for us today, seeing their first collegiate time ever, and I was very impressed with what they showed today.”

UCLA took the meet by storm, achieving first place honors in all 14 of the events that took place including an incredible performance in the 1,000-yard freestyle. Junior Katy Campbell took first by an outstanding margin of 26 seconds with her time of 9:56.31.

Despite the efforts of the Bruins, Santa Barbara was still able to grab a fair share of points with the help of some of the young talent mentioned by Wilson. Sophomore sprinter Julia Mikota took bronze behind two Bruins in the 100-yard backstroke with her time of 57.83, only 0.18 seconds out of second place.

Along with this younger part of the Gaucho squad, the veterans put in some efforts of their own to help their team win one of the two matchups. A relay team consisting of juniors Kimmie Kruezberger, Hollace Barden and Lauren Voseller, as well as sophomore Meghan Bicomong, finished just 0.4 seconds behind the first place Bruin team with a time of 3:29.85 in the 400-yard freestyle.

“There is a lot of room for improvement, but there are a ton of positives to pull from this meet today,” Wilson said. “It’s a matter of making a good transition to this new level of competition and that starts with good practice and preparation.”

The Gauchos will look ahead to next Saturday when rival Cal Poly comes to town for the first dual meet of the season. Competition is set to start at 1 p.m.