The Daily Nexus
Feature
Sick as a Dog: Parvovirus on the Rise in Santa Maria
October 27, 2014 at 5:00 am by Erica Loera 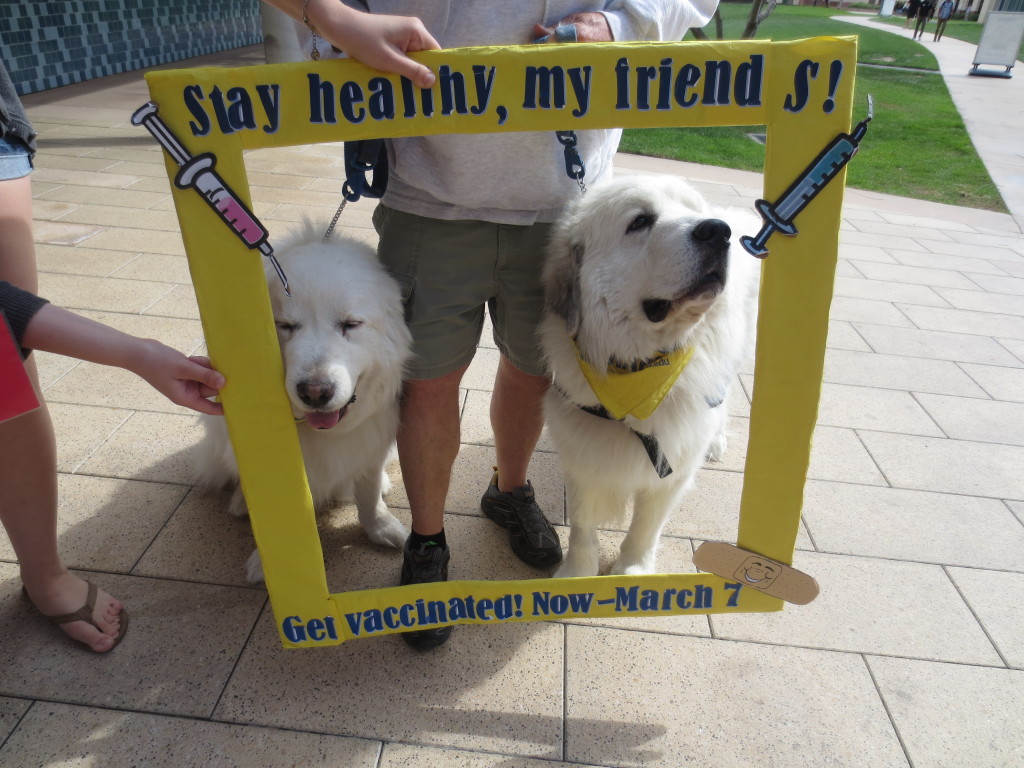 Santa Barbara County Animal Services has reported a high number of cases of parvovirus in dogs in the Santa Maria area, with five confirmed cases in the last few weeks.

Parvovirus, a virus that attacks the lining of the digestive tract, is a highly contagious viral infection that targets young puppies and adult dogs who have not been vaccinated. It normally affects puppies around eight to 16 weeks old, the age when they have the lowest immunity.

According to a press release sent out by the Santa Barbara Public Health Department, primary symptoms dogs experience are a high fever, lethargy, depression and loss of appetite. Secondary symptoms include dehydration and severe gastrointestinal distress leading to vomiting and bloody diarrhea. If dogs show these health issues and receive no medical assistance, the parvovirus can be fatal.

According to Courtney Hazard, a technician at Valley Animal Hospital in Goleta, parvovirus has been a problem for a long time because of its level of contagiousness.

“Dogs can basically sniff the ground where another dog walked or peed and become infected,” Hazard said. “It can hit pretty hard and fast, and if they aren’t treated it can become fatal very quickly.”

Hazard said treatment for parvovirus can be pretty tedious as the dogs have to combat both the viral and bacterial component.

“They have to be quarantined, have an I.V. catheter placed, be put on fluids and given injectable antibiotics instead of oral medicine so their liver doesn’t have to process anything,” Hazard said. “Their body has to fight off the viral side because we don’t have a treatment for that unfortunately.”

“Right now we are seeing this in the Santa Maria area with several cases in the last few weeks, which is a pretty high number,” Silva said.

According to Silva, signs of the parvovirus show up within 10 to 14 days, depending on the level of exposure the dog has had.

“The virus spreads very rapidly through contact with surfaces of an infected dog or even the infected dog itself,” Silva said. “The virus itself can be killed with a bleach and water solution, however, it can live in porous surfaces for up to two years in the right condition.”

Hazard said the most important step in avoiding the parvovirus is to fully vaccinate dogs, a process that takes 16 weeks to complete.

“We tell owners all the time to not take your unvaccinated puppy to the dog park, the beach or sniff anything too much and to keep them on the cement if you have to take them for a walk.” Hazard said. “Keep your dog as close to your home as you can and don’t let them be in contact with any other dog until they’re fully vaccinated.”

Third-year biology and English double-major Andy Hashimoto, who worked at an animal clinic in Monterey, CA, said once a dog is infected it is difficult to get rid of the virus.

“There was a parvo-puppy at the clinic I worked at and he was quarantined so no one was allowed in there unless they wore a big white suit,” Hashimoto said. “It was really sad because we had to wear gloves if we wanted to feed him or pet him.”

According to Hashimoto, it’s easy to protect a dog from the virus if they are given the vaccinations they need when they are puppies.

“The parvo vaccine is usually included in the first vaccine pack you have to get for your puppy, so just make sure you get that because it’s very important before they’re too old,” Hashimoto said. “It’s a really easy thing to do and it could save a dog’s life.”