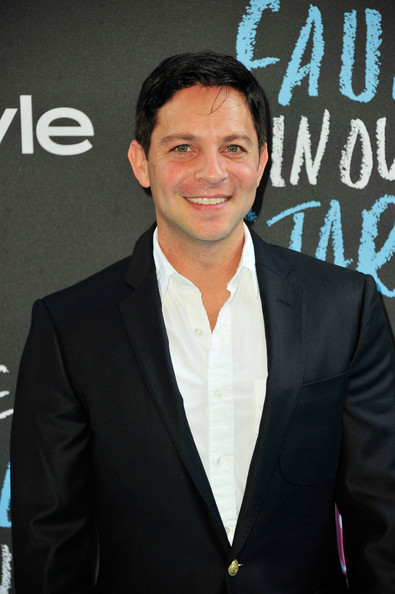 “You can’t make someone love you, but that doesn’t mean there isn’t love out there in the world for you,” professed screenwriter Scott Neustadter on Saturday, Oct. 12 at UCSB. Pollock Theater’s Script to Screen series kicked off its fourth season with a theatrical showing of “(500) Days of Summer,” followed by a Q&A with the affable screenwriter.

Based on Neustadter’s own life experience, “(500) Days of Summer” portrayed the unbalanced relationship between an enamored young man named Tom Hansen (Joseph Gordon-Levitt), and the aloof girl he mistakenly believes is the one, Summer Finn (Zooey Deschanel). The highly acclaimed romantic comedy used a fragmented, nonlinear structure to present the bittersweet reality of the growth that happens during heartbreak. For Neustadter, it provided the ultimate catharsis after a frustrating breakup.

“I went to London and this [breakup] happened,” Neustadter laughed. “A minute later she got engaged and it was like, what in the world!”

While in London for graduate studies, Neustadter dissected the mismatched relationship through emails with Michael H. Weber, his longtime friend and writing partner. After collaborating on the script for “(500) Days of Summer,” the writers hid the project for 6 months until sparse financial situations pressured them to sell their script. Neutstadter was initially hesitant to make a movie out of his story, and thought, “It’s too personal, it’s too close.”

Pointing at Joseph Gordon Levitt on the screen, he said, “I was so embarrassingly like that.” The audience laughed sympathetically, to which Neutstadter assured, “I’m totally over it by now, I promise.”

Now, Neustadter takes full responsibility for Tom Hansen’s warped mind as a character who believed love was supposed to be a certain way. Emphasizing his status as an unreliable narrator, Neustadter good-naturedly explained that the film’s story is “one-sided, very much in the mind of this character,” and just like his own relationship experience.

In Tom Hansen’s mind, the idea of Summer was created by his own escapism and projection. Neustadter described Hansen as an unfulfilled young man that “isn’t comfortable with who he is yet, [so he] puts everything on this girl and it drowns her.”

“Time is really the villain, not the people, when a relationship isn’t going that great,” said the screenwriter.

The film’s expressive soundtrack illuminated its themes of time and love with songs by Regina Spektor, Carla Bruni and Feist, among other artists. Most noticeably, The Smiths are referenced in both music and dialogue throughout “(500) Days of Summer.” Neustadter admitted with a grin, “I’m a Smiths dork.”
The grand iconic musical number in the middle of the film — a tribute to Hall & Oates’ “You Make My Dreams Come True” — involves Tom Hansen winking at Han Solo in his reflection, petting a chirping cartoon bird and dancing with a marching band. This was conceptualized when Neustadter and co-writer Weber listed the “relationship moments” of high emotion and significance, answering questions like: “How does it feel after you get that first kiss or more than kiss?”

Focusing on the acting out of his writing, Neustadter praised “super gifted” lead actor Joseph Gordon-Levitt for having “grounded” the character. Neustadter said, “[Gordon-Levitt] is the most natural guy, and he cares so much.”

The screenwriter also commended Zooey Deschanel for her rendition of the titular love interest Summer. “Zooey understood that she was put as a marionette, made to respond to Tom’s everything … She’s an attack of the idea [of the manic pixie dream girl] more than a celebration of it.” 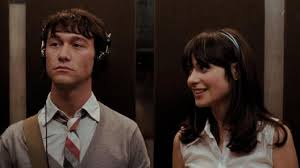 Further expanding on Summer as an idea, Neustadter said, “Summer is a phase in your life, when you don’t understand the person but attribute everything to them … Someone who inspires you to be the best person, even though they don’t love you the way you love them.”

Another part of the plotline which paralleled Neustadter’s real life were Tom’s love talks with his wise younger sister Rachel, played by the cheeky Chloë Grace Moretz. The conversations represented the sibling dynamic between Neustadter and his real-life sister, who is 11 years his junior.

After the success of “(500) Days of Summer,” Neustadter and Weber turned their attention to adapting young adult novels into film. Neustadter reasoned, “We missed the teen movie that was honest and didn’t have to do with vampires or having sex with pies.”

In 2012, they translated Tim Tharp’s coming-of-age novel The Spectacular Now into the soulful film featuring the vivacious Miles Teller and naturalesque Shailene Woodley. Neustadter and Weber’s collaboration with Woodley continued the following year, when John Green’s heartrending novel The Fault in Our Stars began film production.

Admiring Woodley’s interpretation of both roles — compassionate nonconformist Aimee Finecky from The Spectacular Now and heroine Hazel Grace from The Fault in Our Stars — Neustadter divulged, “Shailene is just really great. She really wants to make sure that it feels authentic … And she knows [her characters] better than we do.”

Neustadter explained that his gravitation to ambiguous romantic films started in adolescence. He preferred Woody Allen movies over “Star Wars,” obsessed about “The Graduate” and adored “When Harry Met Sally.”

He and Weber share a love of unconventional romantic comedies with depth: “Everything we love is this happy, sad thing because it’s real. We don’t like happy endings, but we do like hopeful ones.”

So what’s next for the hopeful romantics? Neustadter and Weber are currently adapting John Green’s mystery novel “Paper Towns,” which will be filming in North Carolina. The writing duo is also involved in “Rosaline,” a reimagining of Romeo and Juliet from the viewpoint of Romeo’s first love.

Though “(500) Days of Summer” is now simply the first of several cinematic successes for Neustadter, its heartbreak-healing legacy will last as long as relationships continue to be challenging and whenever we mortals need inspiration to courageously move forward with our lives.

As for what happened to Autumn, the sweet and smart architect Tom Hanson meets at the end of the film, Neustadter revealed that he and his real-life Autumn are married and have a beautiful child together. So there is a happy ending.