The Daily Nexus
News
Meningitis B Strikes at SDSU
October 23, 2014 at 5:00 am by Patrick Guardian 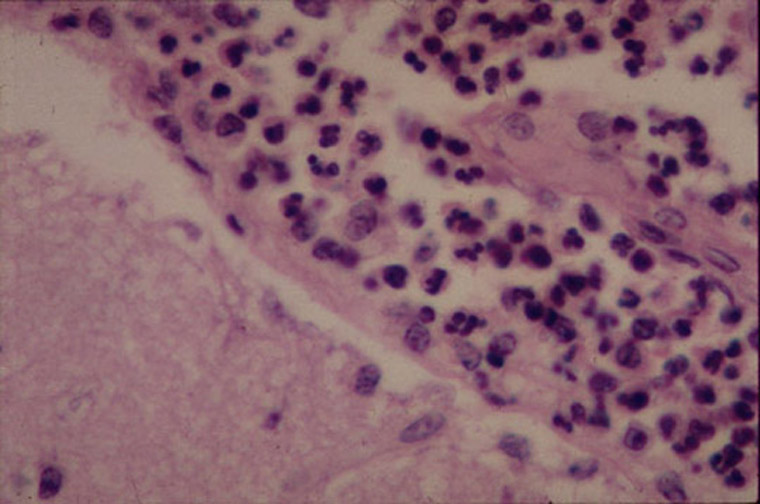 Last Tuesday, Stelzer was admitted to a nearby San Diego hospital for flu-like symptoms, which later turned out to be a case of meningococcal meningitis, according to a statement released by SDSU. Stelzer was infected by meningococcal meningitis serogroup B, the same strain contracted by four students at UCSB, according to multiple San Diego news sources such as U-T San Diego, UC San Diego’s the Guardian and NBC San Diego.

“We are deeply saddened by the loss of one of our students to this terrible illness,” Rivera stated. “After speaking with her family, we know that Sara was a vibrant young woman who loved San Diego State, her friends and the time she spent at our university.  It is always difficult when a young life is lost, especially when that person is part of our SDSU family.”

Meningococcal meningitis serogroup B is a rare, lethal disease that attacks the outer lining of the brain. Although there is no currently approved vaccination for serogroup B in the U.S., UCSB and Princeton University gained FDA approval to use the unlicensed vaccine, according to Student Health Director Mary Ferris.

“At UCSB we obtained special permission earlier this year to offer a Meningococcal serogroup B vaccine that is licensed in Europe, Canada, Australia and Great Britain, but not in the USA,” Ferris said. “We were only allowed to give it to undergraduates in February and April, and now we are anxiously awaiting its approval so we can give it to more students.”

Ferris said the bacteria is spread through direct and indirect physical contact.

“It is thought to be spread through close contact with respiratory secretions via the mouth and nose, e.g. sharing cups, glasses and smoking materials and intimate mouth-to-mouth contact,” Ferris said in email. “It is not thought to be airborne.”

According to Ferris, part of the reason this particular strain is so dangerous is because it rapidly attacks the human body.

“It mainly attacks young healthy people and infants, and can be deadly within 24 hours. Once the bacteria gets in the bloodstream or spinal and brain fluid, it seems to overwhelm the immune system before your body has a chance to fight it off,” Ferris said, “For survivors the complications are often severe, such as brain damage, skin damage and even amputations because the infection impairs circulation.”

“We do have the meningococcal vaccine,” Smith said. “People can walk in daily and get that, if they request it first.”

Smith also said the best way to avoid getting the disease is to stay informed about ways to contract and spread the disease.

Both Ferris and Smith confirmed that once the serogroup B vaccination is available in the U.S., the university will be ordering and administering them as soon as possible.

A version of this story appeared on page 4 of Thursday, October 23, 2014’s print edition of the Daily Nexus.

This article is misleading. UCSB does not have the unlicensed Meningitis B vaccine to administer to students who request it. It is not available anywhere in California or the United States. UCSB Student Health does encourage students to receive the licensed Meningitis A,C Y and W vaccine according to the CDC recommendations. It is available daily for all registered students at the Student Health Service Walk In Immunization Clinic. http://studenthealth.sa.ucsb.edu/QLImmunizations.aspx

PLEASE NOTE THESE CORRECTIONS to this article about meningitis at SDSU: The “same strain” they state occurred at SDSU and UCSB does NOT mean it was the identical strain. The bacteria that caused the diseases at both SDSU & UCSB was Meningococcal Serogroup B (as oppposed to the other serogroups A, C, W, Y which are covered in the existing meningococcal vaccine), BUT no genotyping has been done by CDC to determine if the strains were identical in their genetic makeup. There are many variants of this bacteria, and no link between the diseases on the two campuses have been… Read more »

Interesting article about the UCSB and Princeton outbreaks, including a detail that I don’t believe was ever publicized…that there was a case of meningitis B SEVEN MONTHS BEFORE the cluster in November which has been proven a match…I wonder when this was known, and why didn’t UCSB and the CDC use this fact to illustrate the need to get vaccinated. The 50% Bexsero vaccination rate at UCSB is shameful…contrast this with the 97% rate of this year’s incoming Princeton freshman class! Bexsero was not offered to the incoming freshman class at UCSB this year… http://mobile.journals.lww.com/infectdis/_layouts/oaks.journals.mobile/articleviewer.aspx?year=2014&issue=09000&article=00002 There were 4 meningococcal serogroup… Read more »

http://mobile.journals.lww.com/infectdis/_layouts/oaks.journals.mobile/articleviewer.aspx?year=2014&issue=09000&article=00002 The article exposes the weakness of UCSB’s clinical response in the midst of the outbreak: Even in the setting of a known outbreak, clinicians failed to make diagnoses of disease, because of the absence of expected (or anticipated) clinical markers or failure to recognize markers. Whereas 1 case was diagnosed quickly, 2 of the invasive meningococcal disease cases at UCSB were not. One student was sent home from the emergency room, and another who had rash and fever was diagnosed with chickenpox. The meningococcal diagnoses were made for these 2 students when blood cultures turned positive 1 and 2… Read more »

http://mobile.journals.lww.com/infectdis/_layouts/oaks.journals.mobile/articleviewer.aspx?year=2014&issue=09000&article=00002 Also, the real reason Santa Barbara City College students were left out of the IND and did not have the option for vaccination: money. Not only does UCSB have a large student population (19,000 undergraduates), but it also sits just 5 miles away from a similarly sized but nonresidential community college. It is not unusual for students from both schools to socialize together on the campuses and in and around the neighboring town. Because the local public health department did not have the capacity to deliver vaccines to such a large target population, the responsibility fell solely on UCSB.… Read more »