The Daily Nexus
Feature
Billionaire Donates Over $65 Million to UCSB
October 23, 2014 at 6:25 pm by Jackson Kerr 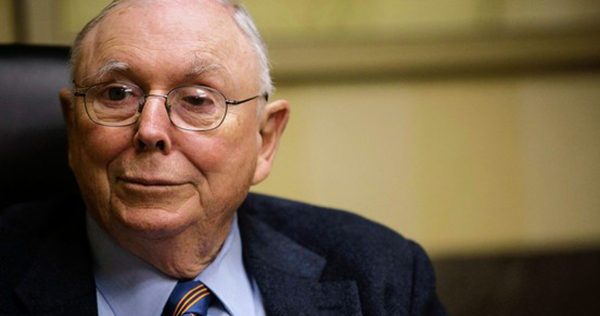 Vice President of Berkshire Hathaway Inc. Charles Munger has donated just over $65 million dollars in stocks to UCSB. This is the largest donation the university has ever received, surpassing Oracle Vice Chairman Jeff Henley’s gift of $50 million. Photo courtesy of rebalance-ira.com

Munger’s contribution is the largest donation the university has ever received, surpassing Oracle Vice Chairman Jeffrey O. Henley’s 2012 gift of $50 million dollars. Munger is a frequent benefactor of the University of Michigan, his alma mater, as well as Stanford, and has donated millions to both universities in the past several years.

When asked to confirm that he had donated $20.7 million in stocks to the university, as reported by Bloomberg, Munger said the amount was “more like 65 million dollars” in stocks.

Munger said that he donated in stocks because that is the source of his wealth, and said the university has already turned the stocks into cash.

“They’re not keeping the stock, they’re converting it to money and using it to build their buildings,” Munger said. “They’ve already done it. It’s all done. The cash is in the bank.”

According to Munger, the donation would serve to provide a place for physicists from around the world to convene on campus.

“This donation is to provide a residence for these most important physicists in the world that come to UCSB all the time to these conferences where they interchange ideas about physics and so on, and helping that program which I greatly admire,” Munger said.

According to Munger, creating a space for world-class physicists to meet and conduct research is imperative to scientific progress.

“The achievements of UCSB are so great, that now the one place where they all come is UCSB,” Munger said. “It’s by far the most important gathering place for the best physicists in the world, they’re there all the time, they have program after program all year long.”

According to Munger, his donation toward scientific progress will help bolster what he views as a suffering nationwide public school system.

“I regret that the public school system, which was pretty good when I was young, has had such enormous deterioration in our central cities. Some of the most brilliant minds in the country have tried to fix that and have had great trouble with it,” Munger said. “That’s why I give to visiting physicists. I know that will work.”

Charles Munger III, Munger’s grandson and UCSB alumnus, said his grandfather has been involved with the university for several years.

“He actually gave a talk back in 2007 or 2006 before I applied to UCSB and I’ve been going up and hanging out in Santa Barbara for quite a while,” Munger III said.

According to Munger, his grandson’s attendance was not his sole reason for donating.

“I am very grateful for the great education that my grandson had, but I gave them the money because I so admire the program that brings all these visiting physicists to UCSB,” Munger said. “It’s the most important program of that kind in the world, and number two is not close.”

With regards to his grandfather, Munger III said that his affiliation with Munger’s reputation is “an honor.”

“He’s known for having high integrity, for being really honest and honorable, not really for screwing anyone over,” Munger III said. “It does make it a lot easier. When people say ‘Charles Munger,’ it’s never anything bad. It’s always like ‘What a fantastic person.’”

Bet it will still cost nearly $40k a year

Any donation is appreciated of course. I wonder where this “Physics House” will be located? Probably where the College of Creative Studies now sits.

Trickle down education?
Charles Munger recently said, “I do not think you can trust bankers to control themselves. They are like heroin addicts.” I agree.
I have nothing against Charlie or physicists but what a waste this represents relative to public educational needs at our university and schools.
Munger with his Berkshire Hathaway loot could have built the entire library addition instead of UCSB and their banking cabal floating a $76,000,000 bond for it.

“what a waste this represents relative to public educational needs at our university and schools.” Your opinion. Hard sciences and math are essential to competitiveness, a concept you might not agree with either. “Munger with his Berkshire Hathaway loot could have built the entire library addition instead of UCSB and their banking cabal floating a $76,000,000 bond for it.” In this age, a $76 million library sounds like a massive waste of money compared to basic research. But be patient. We’ll soon elect a czar of pocketbooks. The finances of rich and poor alike will be managed by UCSB social… Read more »

What a FABULOUS gift! Thank you Charlie! The largest gift ever received by UCSB and by someone who is Not an Alumnus- speaks volumes about both the physics program at UCSB and generosity of a wonderful man.
Phil Pecsok class of ’89