The Daily Nexus
Music
Massive Attack and TV on the Radio Deliver More than Just Music at SB Bowl
October 22, 2014 at 6:12 pm by Alec Hartnett 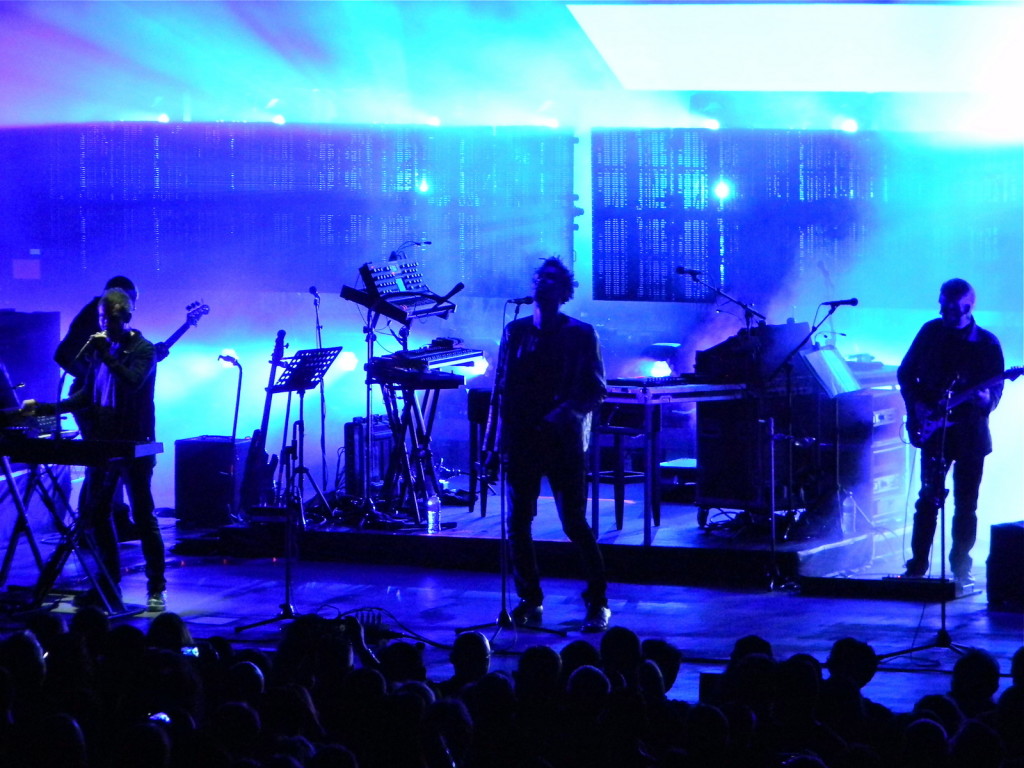 Last Friday, Oct. 17, Santa Barbara was graced by another pleasant evening with a beautifully clear, vibrant sunset. A cool breeze blew through the city’s Bowl, setting an extremely comfortable atmosphere for a concert that promised to stun and awe. The Santa Barbara Bowl is well-known for hosting legends and top-tier musicians as well as a wide array of up-and-coming artists, and anyone in between. The Bowl plays artists across genres from world to rock to jazz to opera to whatever else you want to put in the blank.

However, this night was dedicated to a genre that may be referred to as “sensationally weird,” and the audience witnessed an amazing display of entertainment. TV on the Radio and Massive Attack filled the night air with electronic rock and hidden powerful lyrical content. Both poetically artistic in their own ways, they provided Santa Barbara locals with more than what could be expected.

TV on the Radio (TVOTR), consisting of Babatunde “Tunde” Adebimpe, David Sitek, Kyp Malone and Jaleel Bunton, fired us up and shocked the crowd into movement with meditative yet dance-inspiring melodies. The slow-moving, pumping, “Young Liars” blasted out of the immense, black amplifiers, which hung over stages right and left and formed the wall behind the musicians. The crowd was lost. Astray in a sea of tones floating up and down, we were carried much like the singing crowd surfer; from song to song flowing smoothly together, one after the other.

The band spiced up their set with chanting, vocal loops and heavy hits on the first beats that bumped this reporter to his feet. Although strangely enough, the crowd appeared less involved. Most of those listening from the seated areas took comfort in being allowed a chair at a concert. (I do not understand why anyone would want to sit when they could dance. I guess you are weird if you do not sit in an open chair. I’ll gladly accept that description if so.)

Anyway, at one point or another TVOTR had everyone on their feet, pleasing the die-hard fans by playing classics such as, “Golden Age,” “Dancing Choose” and “Wolf Like Me.” They were also able to maintain freshness by mixing in four new songs from their upcoming album Seeds. Simply put, it was an uplifting show that made one feel great to be a part of. A smile stained my face all night.

A stirring and alluring stage set, resembling the starry sky just above the Bowl, was installed following TVOTR’s exit via stage left and Massive Attack suddenly silhouetted onstage soon after. Described as “a seminal electronic rock band,” Massive Attack was especially bold and centered their act around a light show displaying seemingly arbitrary quotes and statements.

Nevertheless, soon there appeared to be a certain theme. An interesting display of corporation advertisements and logos, media and consumerism flashed along the LED screens gradually revolving behind the performers. Thought provoking messages were dispersed in between these and the crowd suddenly had something real at their fingertips. 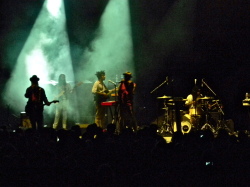 Massive Attack’s slow, easy beats moved the masses like crabs skirting along in the ebb. “Karmacoma” swooped in first and the attack begun. The audience was treated again and we heard “Blood Angel,” a new track from the curious duo soon before the bangers, “Splitting the Atom” and “Unfinished Symphony.”

The music contained a “trippy” feeling prominently apparent in the underground world of deep electro. Consequential of the specific combination of the music and the images being shown behind the band, there were times when things seemed slightly militant. “Good shot,” “Grab that person,” “yea he just dove into the ground” and “There you go, got him” would glint on-screen. Massive Attack created a feeling of oppression strongly felt by those subjected to any military action.

The band traditionally consists of duo Robert “3D” Del Naja and Grant “Daddy G” Marshall, both hailing from Bristol, England. But last night, they were joined by many others on stage, including lead singer of TVOTR, Tunde, for a new single collaboration (“Pray for Rain”) during the encore.

Two drummers sat at their own drum-sets on either side of the stage while two guitarists and a keyboardist filled the space between. Two female vocalists stepped in from time to time to belt out a stunning vibrato and soothe their voices into the melting pot, giving the crowd chills. 3D and Daddy G moved freely throughout everywhere and were sometimes completely offstage, maintaining an air of mystery.

There was something more than just music going on. I — we all — could feel ideas and perceptions passing from the musicians to us. Their words substantiated more than just a filler between choruses or instrumental sequences. One could feel that these were artists who created ideas musical and verbal to convey a true opinion. That night, we were exposed to more than music. 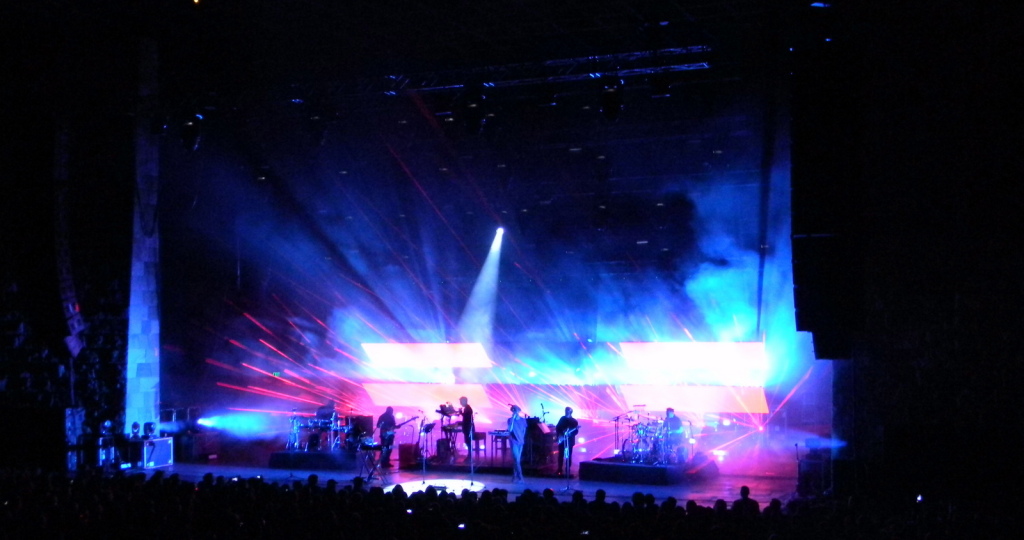