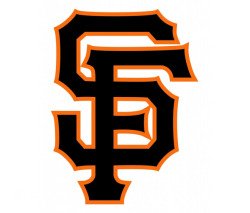 The most exciting event happening in Bay Area Sports this week is, of course, the World Series. The San Francisco Giants are four wins away from their third championship in five years and the only thing in their way are the hot as fire Kansas City Royals.

The Royals enter the World Series on an eight-game winning streak to make it to the Fall Classic. With a loss, the Royals would show that they aren’t an undefeatable playoff team and it will be a new challenge for the young team to rebound after a loss.

The Giants experienced adversity in their last two championship runs, but leading up to the World Series this year, San Francisco has only dropped two games and has gotten clutch hits consistently along the way.

The pitching matchup in the first game is extremely exciting with “Big Game” James Shields taking the mound for the Royals and NLCS MVP Madison Bumgarner pitching for the Giants. Both starters pitched like aces in the deciding games in the LCS for their respective teams and they will be expected to do it again in Game 1. Each team will need its ace to come out firing in order to take the crucial first game of the series.

Coming into this matchup, critics look at the Royals bullpen as the key to the series. The Royals are 68-5 when leading after six innings, 75-1 leading after seven and 82-1 when leading after eight behind a core led by Kelvin Herrera, Wade Davis, and Greg Holland. But the Giants have a great bullpen too, with a group of relievers who have been stalwarts through this successful five-year stretch. Jeremy Affeldt, Santiago Casilla, Javier Lopez and Sergio Romo have combined for a 6-1 record with eight saves and a 1.31 ERA over 87 postseason appearances since 2010.

Even with these excellent bullpens, both teams have shown that they can win late in games and aren’t afraid of being down in the second half of games. The Giants hit homeruns in the eighth and ninth inning to come from behind in order to beat the Cardinals in Game 5 of the NLCS and also beat the Washington Nationals in Game 2 of the NLDS by tying the game at 1-1 with two outs in the bottom of the ninth before winning in the 18th inning off a homerun by Brandon Belt. Four of the Royals’ eight wins this postseason have been in extra innings and they have stolen 13 bases in eight playoff games, giving them a huge advantage on the base paths.

Both teams had to go through the wildcard game to make it to the next round. Neither team won 90 games in the regular season, making it the first time that two such teams have met in the World Series. But none of that matters now. Both teams are four wins away from a World Series Championship.

I will pick the Giants to win the series in six games, not just because of my Bay Area bias, but because of the experience this team has amassed over the last five years. The Royals have had a spectacular run, but after they lose to Madison Bumgarner on Tuesday night, they won’t know how to turn it around, giving San Francisco its third championship trophy in five years.