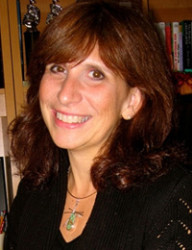 Biology professor Denise Montell was awarded the Pioneer Award by the National Institutes of Health (NIH) for her groundbreaking research in medical biology last week.

The Pioneer Award is given to scientists proposing highly innovative approaches to major contemporary challenges in biomedical research, according to an NIH press release. Montell gained recognition for her team’s recent discovery of a new biological process that allows cells on the brink of death to heal themselves, called anastasis.

According to Montell, the problem she aims to solve is why tumors grow back after chemotherapy.

“The question is: How are they growing back, and what kind of cells are giving rise to the relapse?” Montell said. “One possibility raised by our discovery is that cells that have undergone anastasis are the cells that are causing the relapse.”

In addition to congratulating researchers on promising biological discoveries, the Pioneer Award gives $500,000 a year for five years to award recipients in order to allow them to forward their scientific research.

According to Montell, her research could be vital to groundbreaking discovery on cancer research.

Montell also said that before her observation of anastasis, it was believed that the cell death process was irreversible.

“One possibility raised by our discovery is that cells that have undergone anastasis are the cells that are causing the relapse,” Montell said. “That’s something we want to test in human cancer models.”

Montell and her team have tested methods on fruit flies and hope to create an equivalent method of labeling for human cancer cells.

“And then, of course, we want to investigate small molecules or drugs that can enhance or inhibit the process,” Montell said.

A version of this story appeared on page 6 of the Thursday,  October 16, 2014 print edition of the Daily Nexus.