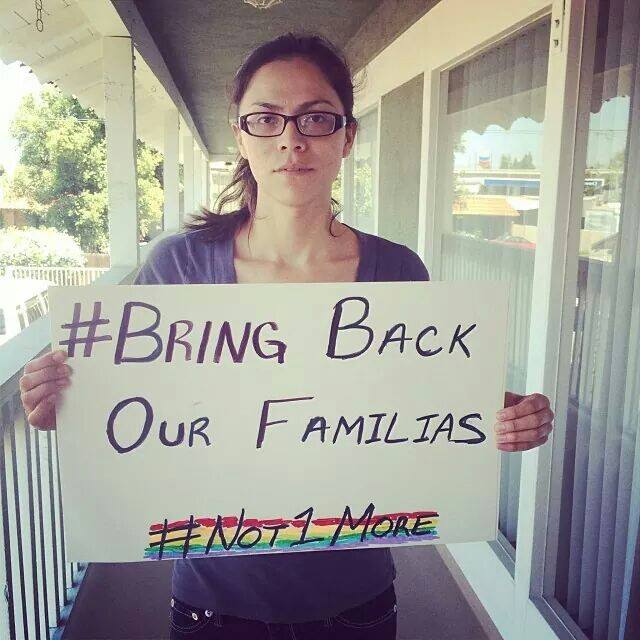 Zoraida Reyes, a transgender activist and former Chican@ Studies major, was found dead outside a Dairy Queen in Anaheim early this month.
Photo courtesy of facebook.com

The Anaheim Police Department arrested the suspected murderer of Zoraida Reyes, a transgender activist and former UCSB student, on Oct 7.

Randy Lee Parkerson, a 38-year-old resident of Anaheim, is suspected of choking Reyes to death on June 10, 2014. After choking Reyes to death, he kept her in his car trunk before disposing of her corpse at an Anaheim Dairy Queen the following day. Information on this recent arrest was released in a press release this past Thursday by the Orange County District Attorney’s office.

Zoraida Reyes was a student at UCSB with intentions on majoring in Chican@ Studies. Due to financial reasons, she was unable to graduate. Reyes identified herself as transgender and advocated for organizations promoting transgender and queer integration as well as immigrant rights.

It took nearly four months for the APD to make an arrest on Reyes’ murderer, leaving many family members, friends and the LGBT community in the Santa Ana and Anaheim area “in the dark”, according to Sebastian Ferrada, a graduate student and Ph.D. candidate in Chican@ Studies. Ferrada said he attributed the difficult time police had finding the murderer to inexperience in dealing with violence crimes against the LGBT community.

“There was very little information released during these months to those of us who wanted answers,” Ferrada said.  “I think the time that it took for law enforcement to respond has so much to do with the fact that law enforcement has little training, whether cultural or historical, or tools on how to address crimes that happen to LGBT communities.”

Lieutenant Robert Dunn of the APD’s Public Safety Office said law enforcement officials did not have much to report to the community about the murder during the first few months following the discovery of Reyes’ dead body. It was not until evidence from the detectives on the case concluded that Reyes’ death was a homicide that police were able to update the public.

“We did not have a full picture of the circumstances surrounding the death of Reyes,” Dunn said. “Since the case has been filed with the DA’s Office, we now have a better idea of what occurred when she died. The investigation into her death was on-going and still remains open.”

Dolores Casillas, an associate professor of Chican@ studies who personally knew Reyes as an undergraduate when she was at UCSB, said Reyes was “one of the most vocal and inspiring undergraduate students in the department.” Casillas also said she was devastated when she heard the news and believed whoever murdered Reyes did so with malicious intentions.

“I knew this was a hate crime from the very beginning,” Casillas said. “I never had a doubt that this was not premeditated.”

However, Dunn said there is no evidence at the moment to categorize the murder as malicious.

“There is no indication this was a hate crime,” Dunn said.

According to the Orange County DA’s press release, Parkerson could face up to a maximum of 25 years in prison for one count of murder. His bail is set at $1 million and he is scheduled for a court hearing on October 31, 2014 at the Santa Ana Central Jail. Dunn said Parkerson “did not have a previous significant criminal history” before his arrest.

According to Ferrada, although she feels relieved Reyes’ killer was found, she does not think “that justice ends with an arrest.”

“The need for action doesn’t end with an arrest either,” Ferrada said. “This is the first step in the long process of bringing justice to Reyes and the rest of the transgender community.”

I remember when I first met Ale at the UCSB SRB rainbow lounge. I was not yet attending UCSB but a full time worker in the UCEN. I remember the way she would listen to anyone, give everyone a chance to know her. I can still hear her saying, “Oh, really?” I remember the last time we saw each other. She had invited me to have dinner with her housemates–I lived a few blocks away from her house in Goleta. I remember being surprised at how close we lived without ever having met before we did activism together on campus.… Read more »