We look back at this past week in photos. 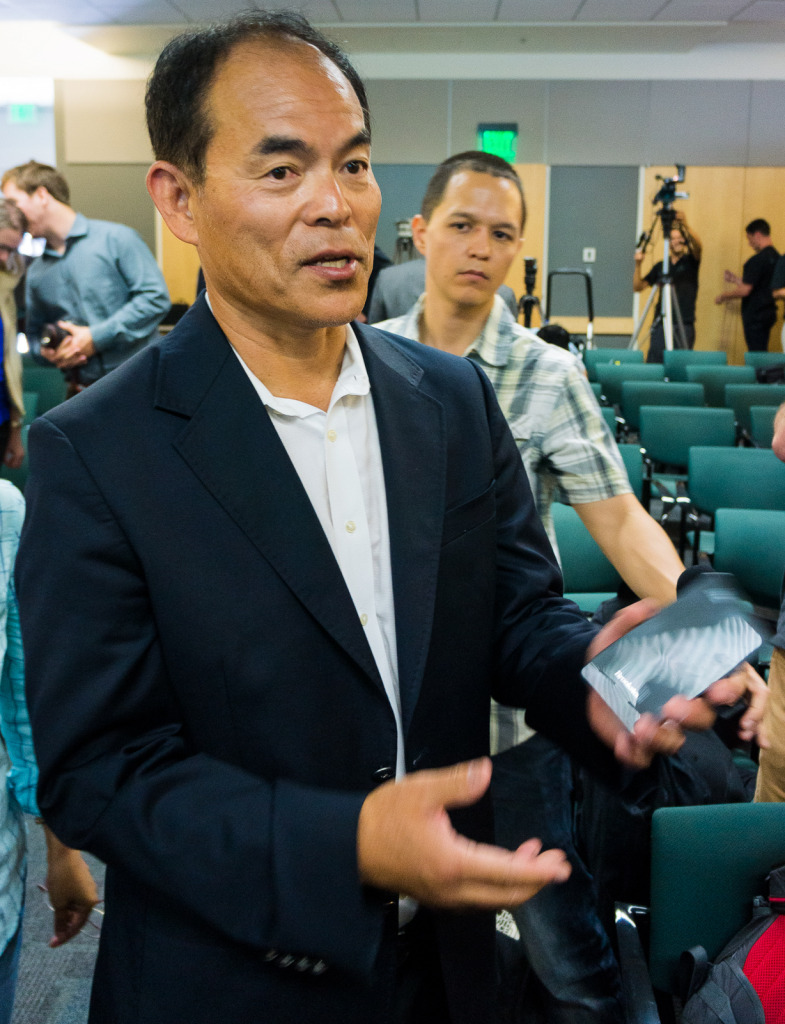 UCSB Professor and recent Nobel Prize winner Shuji Nakamura speaks with the media after a press conference on October 7, 2014. Nakamura, who said he was awaken early that morning to news he had won the Nobel Prize for his invention of efficient blue light-emitting diodes, is the sixth UCSB faculty member to receive the honor since 1998. John Clow/Daily Nexus 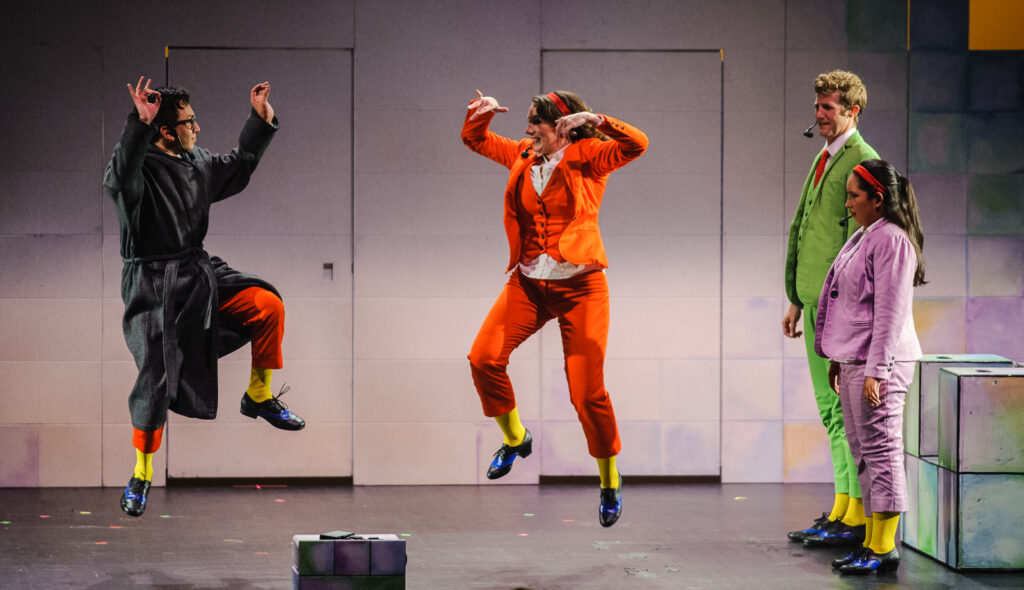 Performers of Schoolhouse Rock go airborne during a performance in Campbell Hall on Sunday. The musical play, which is based on the iconic cartoon series, brought audiences down memory lane with classic songs such as “Conjunction Junction”, “Just a Bill”, “Three is a Magic Number”, and “Interplanet Jane”.  Eric Swenson/Daily Nexus 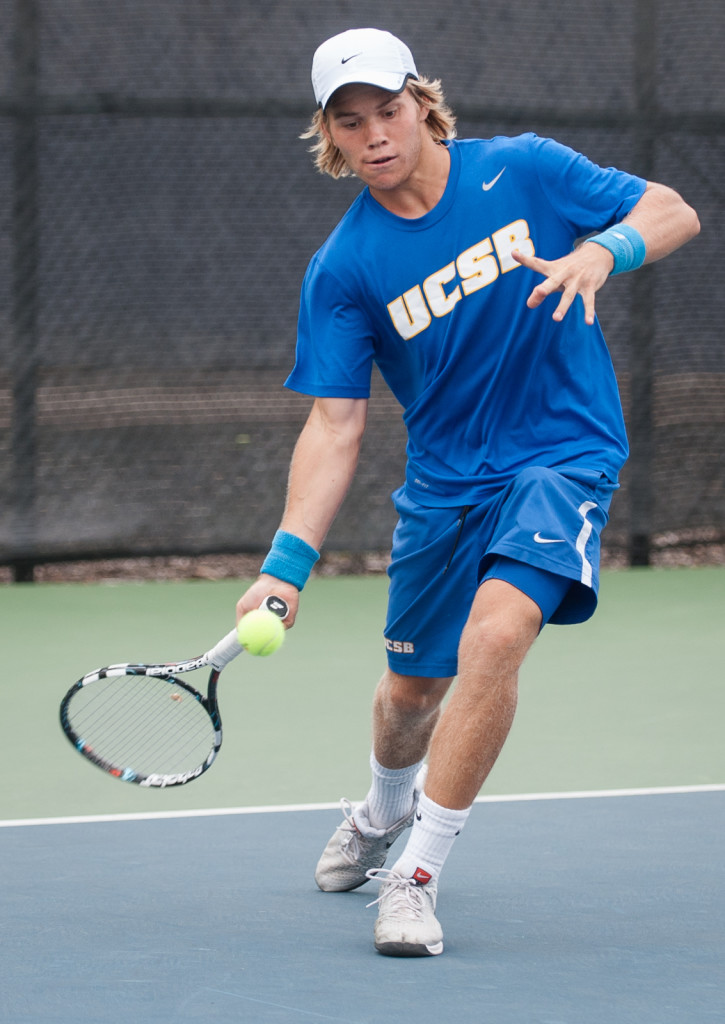 UCSB’s Tobias Galskov hits an approach shot against Cal’s JT Nishimura in at the UCSB Classic on Sunday. Galskov prevailed over Nishimura 6-4, 6-3 to take third place in Flight A singles. The Gauchos will compete at the ITA Regionals this Friday at Malibu. Kenneth Song/Daily Nexus 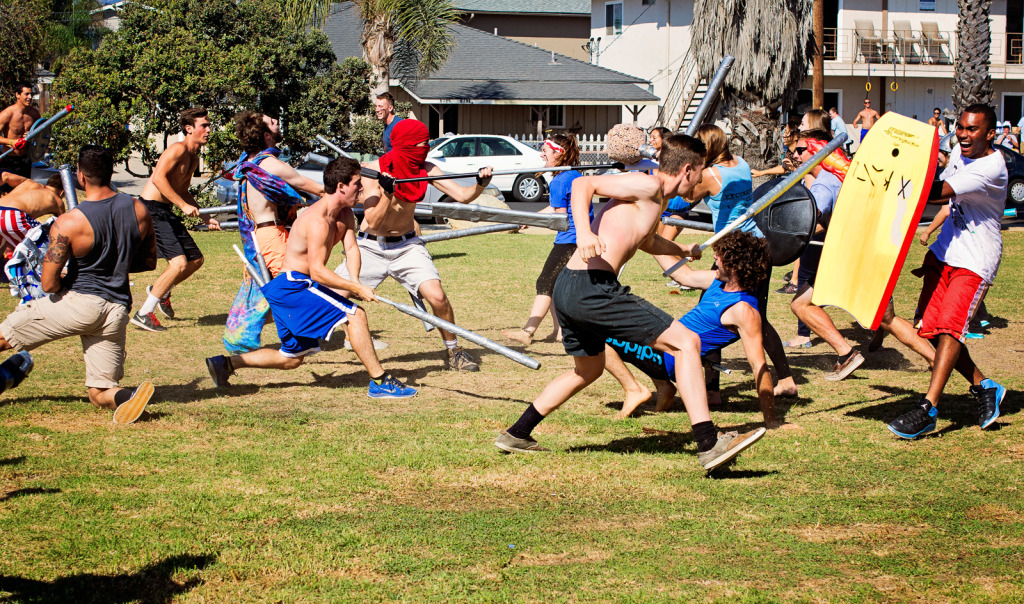 Participants of UCSB Larping Battle engage in a large-scale melee at Dogshit Park on Sunday. The LARPING (“Live-Action-Role-Playing”) consisted of two “armies” engaging in hand-to-hand combat much like the close-quarter battles of the Medieval Ages. To ensure fair gameplay, rules were enforced, such as no magic or headshots. Christine Skari/Daily Nexus 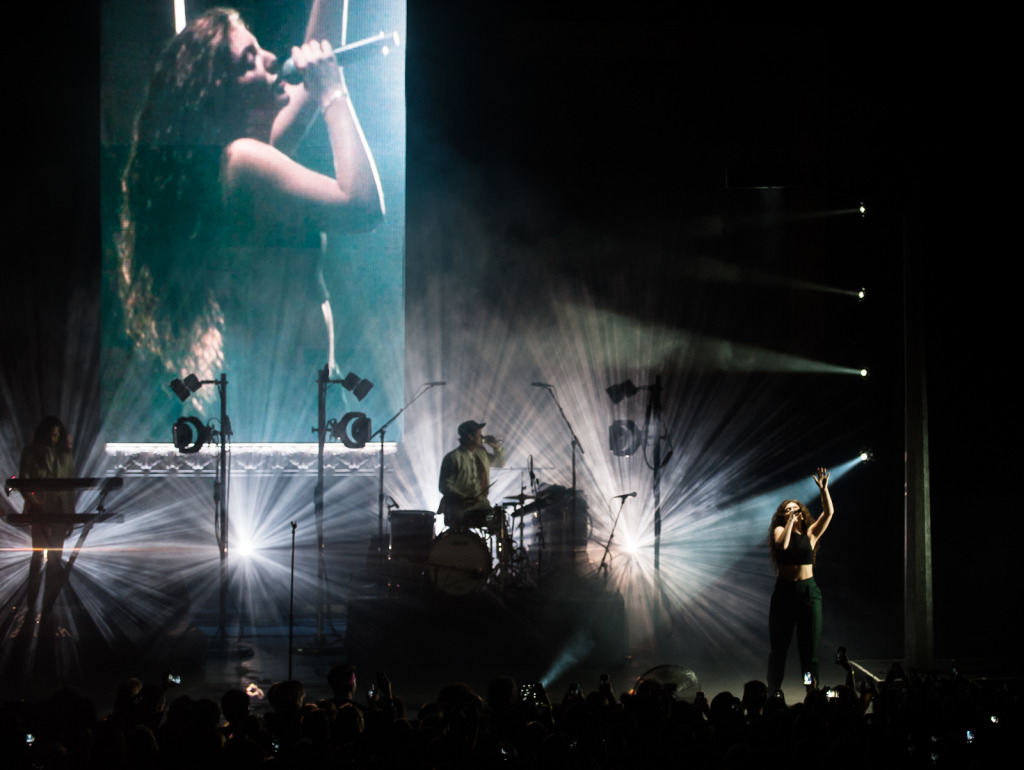 Lorde sings in a sold-out show at the Santa Barbara Bowl last Thursday. The wildly popular New Zealand singer-songwriter performed every single song from her sole album Pure Heroine, plus a a brand new song from the soundtrack of the Hunger Games: Mockingjay – Part 1.  Kenneth Song/Daily Nexus 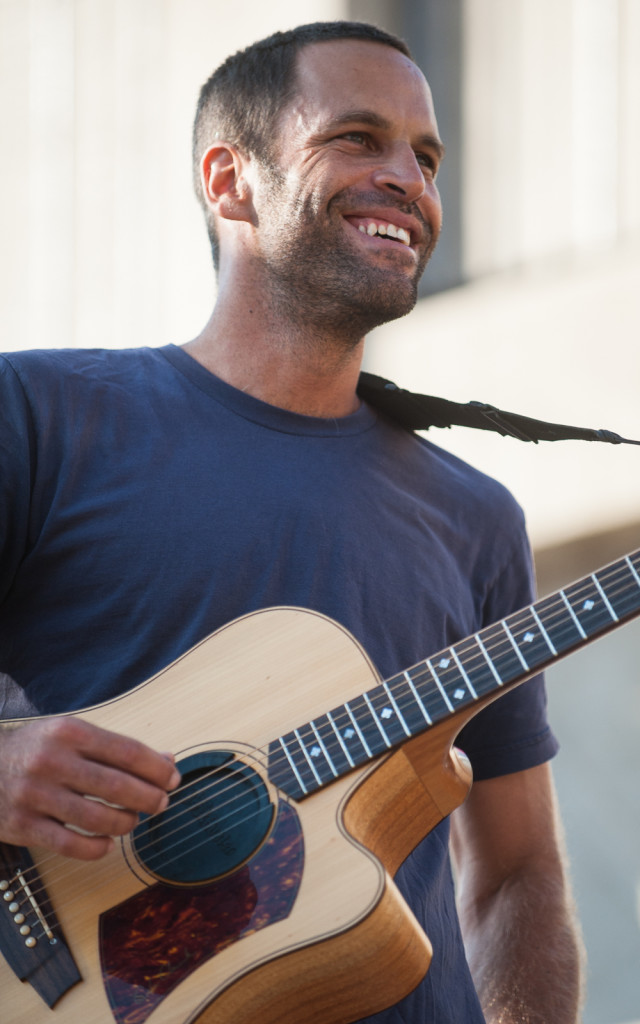 Singer and UCSB alum Jack Johnson held a surprise performance with Animal Liberation Orchestra at Storke Plaza on Wednesday. Johnson and the ALO were part of a commemoration the honored Isla Vista shooting victims and promoted a safer, healthier UCSB and Isla Vista. Kenneth Song/Daily Nexus

Word of Jack Johnson’s presence spread like wildfire in the afternoon before his performance, and students flooded Storke Plaza by the thousands at the commemoration. Kenneth Song/Daily Nexus