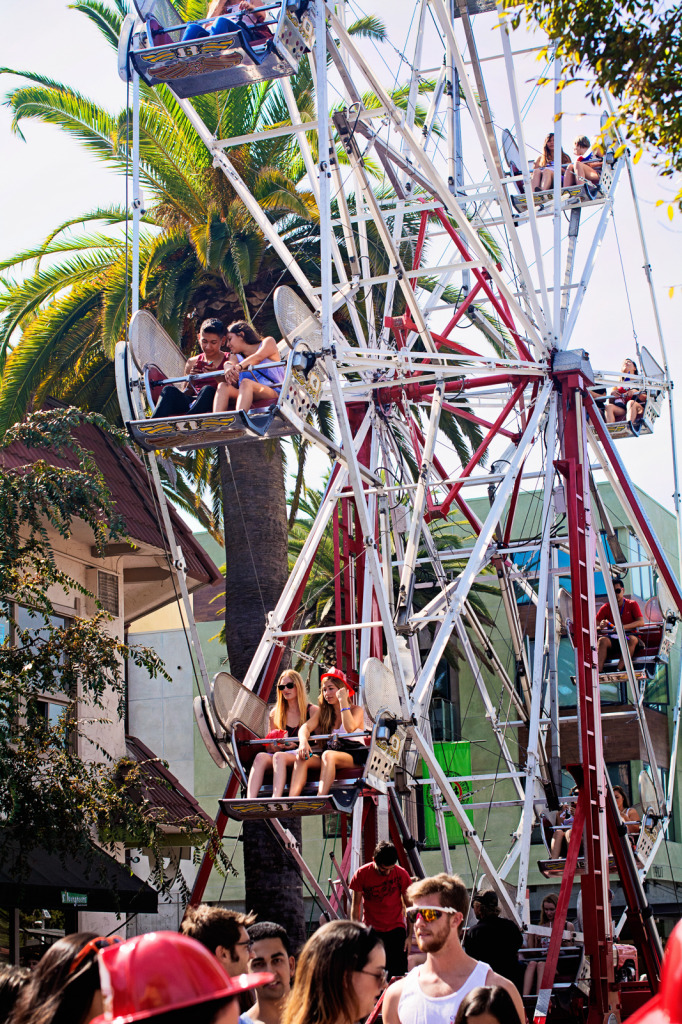 According to IVCRC’s Special Events Chair and fourth-year political science major Daniela Bayon, her and her team began publicizing and coordinating with local organizations during the summer to put on the Pardall Carnival.

“We contacted a lot of nonprofit and community based organizations like the Isla Vista Teen Center and Youth Projects,” Bayon said. “We really wanted to focus on bringing children here to this event because it’s really supposed to be family centered, and so we just tried to do our best to reach out to those demographics.” 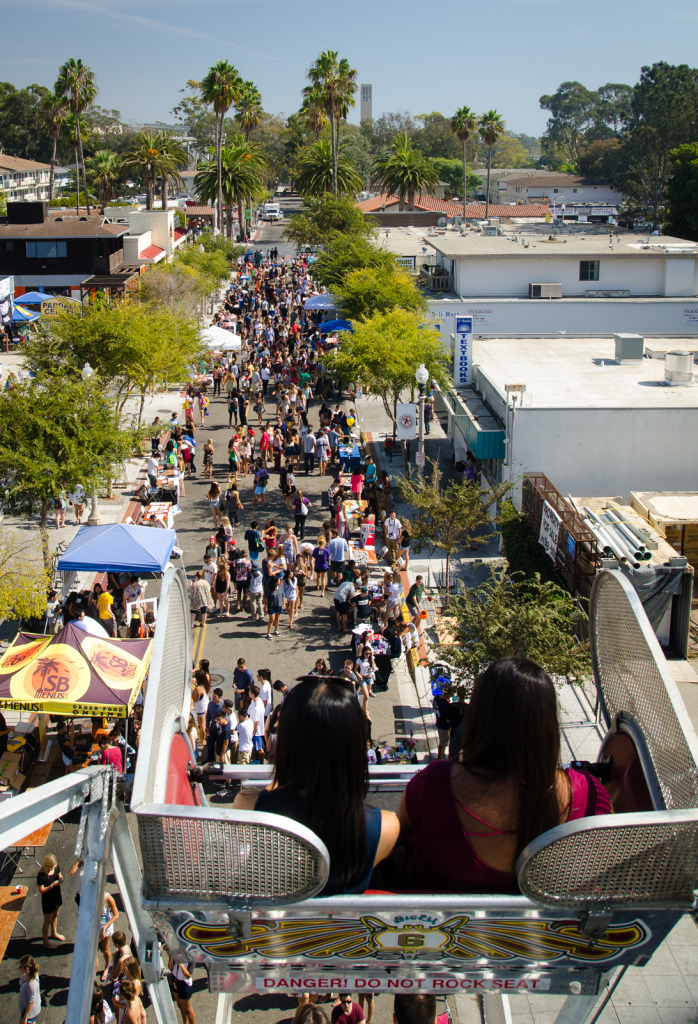 According to Amanda Manalo, IVCRC’s outreach coordinator and fourth-year political science major, the theme of this year’s carnival was “I Love I.V.,” a theme focused on reflecting I.V. in a way that directs attention away from its party reputation.

“I want people to realize that this is a really diverse community with a lot to offer,” Manalo said. “It’s not just a beachside community that parties all the time, but that are a lot of local businesses that do good things here.”

Manalo said the IVCRC was also able to provide free amenities to carnival goers, both students and non-students, through funding from student fees.

“We try to not only obviously cater to the students but also to the rest of the community because a lot of the students in UCSB live in I.V. as upperclassmen,” Manalo said.  “And we also try to utilize those funds well so that an event like this everyone can enjoy and we aren’t using our student funds on something exclusive.”

According to Bayon, there are several community-oriented clubs and events on campus, but I.V. lacks events that reflect the campus community activity.

“That’s what the mission of IVCRC is and how we birthed Pardall Carnival,” Bayon said. “[It’s] really to provide an alternative community event for all members of this community to come and share a great day.”

Bayon said her organization was selective in choosing which organizations and businesses would table at the carnival.

“The most important thing is reaching out to the community organizations and groups that care the most about I.V.,” Bayon said. “You can definitely find corporate interests in this market, but they don’t necessarily want to build the local community we really want to foster.”

Among those who attended was first-year biomechanical engineering major James Hertz. According to Hertz, a friend’s invitation and the promise of “free stuff” brought him to the carnival.

“It’s a fun environment,” Hertz said. “People are out here interacting where otherwise they’d be in their rooms, studying.”

Third-year microbiology and Japanese major Jonathan Tai helped tabled the Alpha Phi Omega booth during the carnival, and said that the carnival was a very positive atmosphere.

“From my viewpoint the energy at the carnival was great. Everyone seemed to be having a good time and there were plenty of people to the point where it was almost overwhelming,” Tai said. “Despite that … everyone seemed happy, things went well, and it was definitely one of my favorite Pardall Carnival thus far.”

Don’t forget to tag your photo from the Daily Nexus Photo Booth to win #NEXperince tickets to Ray Lamontagne, and Uber Transportation. facebook.com/dailynexus