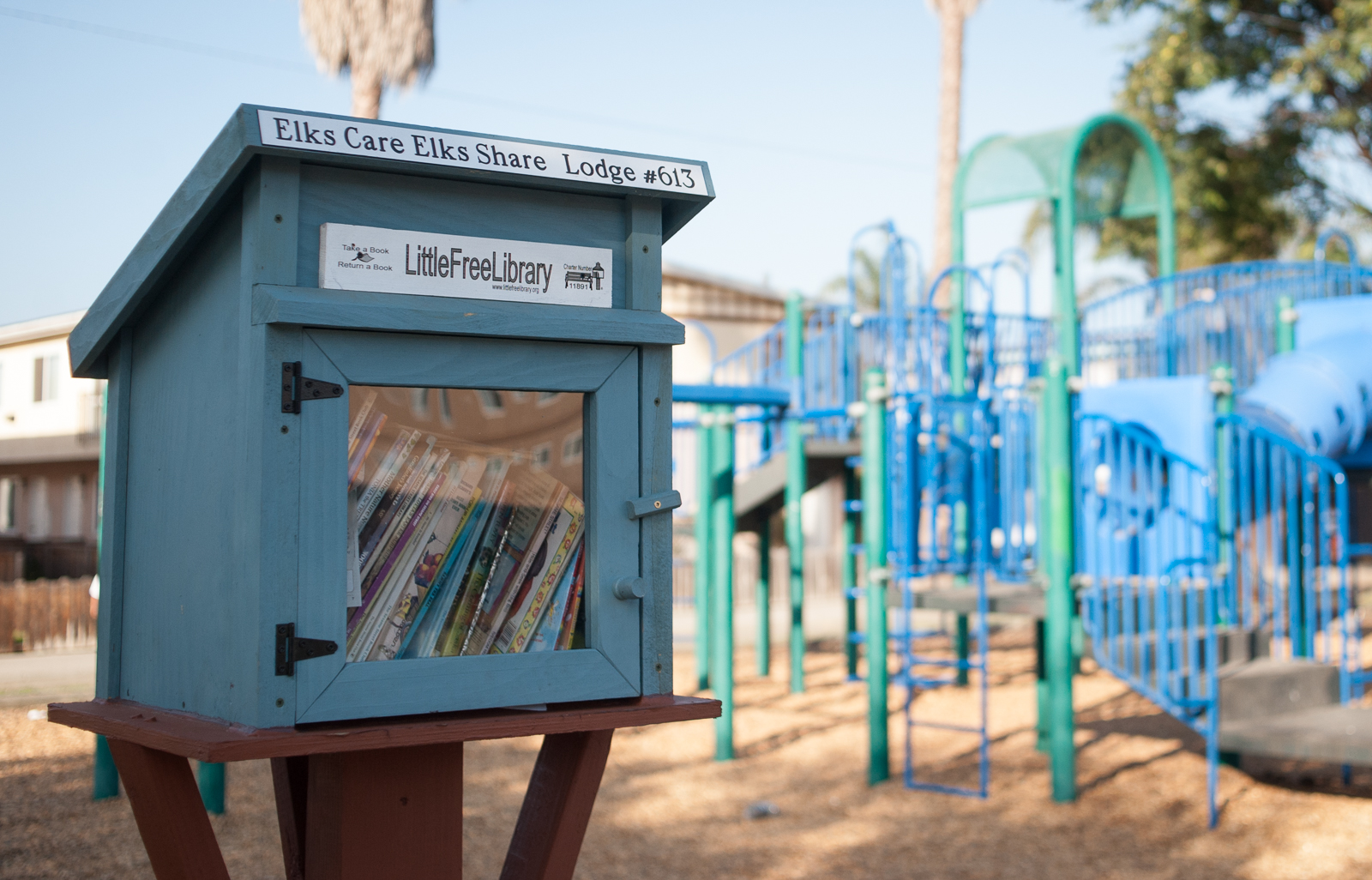 An international project that began in Wisconsin in 2009, Little Free Libraries aims to encourage increased literacy in areas without nearby libraries or book stores. The tiny library, consisting of a box holding around two dozen books, is the first of five total little libraries to be placed throughout I.V.

IVYP Executive Director LuAnn Miller said she was first inspired to build the little libraries while attending a conference in Dallas a year ago. Miller began overseeing the project after securing a grant from the National Elks Foundation through collaboration with their local chapter Elks Lodge No. 613.

“The philosophy of the Little Free Library is ‘Give a book, take a book,’ and the children can take it home and then bring it back and exchange it for another one,” Miller said. “The idea is just to get literature in the hands of children.”

According to Miller, each of the five planned library kiosks will be placed in areas where families tend to gather, including Isla Vista Children’s Park, the Isla Vista Teen Center, People’s Self-Help Housing, St. Michael’s University Church and at the Isla Vista Food Co-op.

Melissa Cohen, general manager at the Isla Vista Food Co-op, said she sees herself as a huge advocate of books and believes the little libraries to be a good way to give back to the community. According to Cohen, the Co-op plans to dedicate its own Little Free Library this coming Sunday afternoon.

“We’re hoping we’ll have books in English and in Spanish, and in Chinese also, which is a really big language of our shoppers, and books for children, books for adults,” Cohen said. “It’s a small little free library but I think it can still make a big impact.”

According to Chris Henson, Third District Supervisor Doreen Farr’s Chief of Staff, Farr said at the dedication of the first little library that she believed the project will help demonstrate that the I.V. community is “much, much more than just parties on Del Playa.”

“Isla Vista is a diverse and vibrant community with not only a student population, but families, minorities and long term residents,” Henson said. “Supervisor Farr will be looking to other areas of her district that might benefit from such a positive and worthwhile initiative.”

The Little Free Libraries rely on book donations from United Way and other community members to keep the libraries well stocked. Miller encourages students who want to get involved to host book drives or to donate books to Isla Vista Youth Projects.

“I just think it’s a really feel good project for Isla Vista,” Miller said. “There’s been so much tragedy in I.V., this is just a way to celebrate something really positive.”