Next week, New Noise Conference & Music Festival will infiltrate all of the music venue hotspots in downtown Santa Barbara with a kickass California cool lineup. The festival starts Wednesday, Oct. 15 with The Story So Far playing Velvet Jones, and ends with the annual Block Party on Sunday, Oct. 19. This year the Block Party is bigger and badder (the good kind of bad) than ever, with The Pains of Being Pure at Heart, Ghost Beach, Gibbz + Mango Mango and FMLYBND performing. Electro-pop duo Cherub is the last act of the weekend, closing out the Block Party with what I’m sure will be a spirited rendition of “Doses and Mimosas.” With so many bands to see, it’s hard to narrow things down, so here are Artsweek’s picks for top bands to see at New Noise 2014.
Cheers! Audrey Bachelder // Artsweek Editor 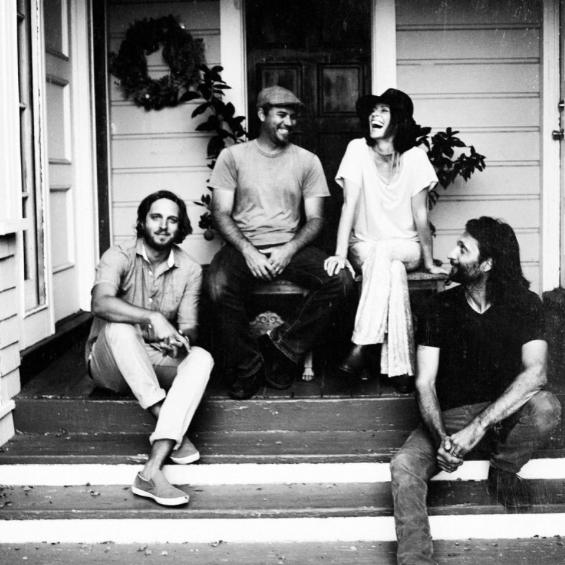 Photo courtesy of The Kinds

As a part of the New Noise Conference & Music Festival taking place next week, many rising bands and artists will be performing at a number of venues in downtown Santa Barbara. One of the events hosted by the festival is a performance by two California acts: The Kinds and Yellow Red Sparks. The two bands will perform side-by-side at the Muddy Waters Café on the third day of the festival, Friday Oct. 17. The event is open to all ages and requires an $8 entry fee for those who do not hold a New Noise VIP Badge.

The ensemble is composed of four members: lead singer/songwriter Khasy Modisette, Nathan Modisette, Anders Bergstrom and Erich Riedl. Husband and wife duo Khasy and Nathan Modisette had played music together for over 20 years before they decided to create a band. The other two members, whom the couple met through the local music scene, were a perfect complement for the duo’s musical taste. While the Kinds are a growing band in terms of popularity, they are well-known throughout Santa Barbara and often perform acoustically at SOhO Restaurant and Music Club.

Four of their songs can be found on their Reverbnation page, including “Battle Song,” “Been a Long Time,” “Big Red Heart” and “Bus Stop.” While “Battle Song” and “Been a Long Time” include more alternative and electric melodies through the use of drums and upbeat rhythms, “Big Red Heart” and “Bus Stop” reveal the indie folk and country genres of the group as their slower themes strike a more solemn chord.

The second band, Yellow Red Sparks, is a three-piece collective from Irvine, CA. The trio is made up of songwriter/guitarist Joshua Hanson, upright bass player/vocalist Sara Lynn Nishikawa and drummer/lead singer Darren Goldstein, otherwise known as Goldy. Yellow Red Sparks’ genre is described as indie folk, including elements of new folk, old folk, thematic folk, cinematic folk and alternative genres as well. Yellow Red Sparks started out as Joshua Hanson’s solo project, with Hanson writing his own acoustic tunes and vivid lyrics, and later grew to become the trio it is today.

The group released their first self-titled album, which intricately reveals their heartfelt and melancholic sound.  Lush harmonies, sentimental melodies and cinematic musical arrangements combine with lyrics filled with honesty and heartache to create a rich folky sound. Their likeable pieces led them to be named OC Weekly’s “Best Indie Band” as well as win an OC Music Award for “Best Folk.”

Yellow Red Spark’s self-titled debut can be found on iTunes and Spotify. While each song enlightens the listener with a new sense of emotional depth, the band’s most popular songs include “Scents and Sensibility,” “Happiness Comes in a Box” and “Buy Me Honey.” Each song, although conveying hints of sorrow and languish, vibrantly finds a way to uplift the listener by providing a sense of hope.

Check out The Kinds with Yellow Red Sparks to discover the sound of two talented bands, as well as to experience the exhilarating breath of fresh air that comes with the craftsmanship of these artists. The two bands combined are guaranteed to cultivate your interests in indie folk music.

Learn how to get a song on itunes at ReverbNation.com

The Kinds with Yellow Red Sparks are playing at Muddy Waters Café on Friday, Oct. 17 at 8 p.m. Tickets are $8 and can be purchased at nightout.com/events/the-kinds-w-yellow-red-sparks/tickets 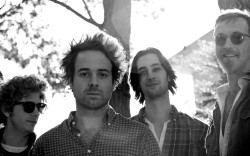 Dawes has been around since 2009 and is made up of brothers Taylor (guitar and vocals) and Griffin Goldsmith (drums), along with Wylie Gelber (bass) and Tay Stratheim (keyboards). In 2010, they made their television debut on The Late Late Show with Craig Ferguson. Since then, Dawes has toured with experimental country-folk band Blitzen Trapper and played alongside Jackson Browne at an Occupy Wall Street event in New York City in 2011. Their third album, “Stories Don’t End”, was released April 9, 2013.

NPR and Rolling Stone have praised Dawes’ vintage sound and distinctly Southern Californian spirit reminiscent of the Eagles. Songs off of Stories Don’t End like “Just Beneath the Surface” and “Just My Luck” reveal their gritty, self-reflective lyrical power combined with a folky yet sophisticated sound.

If you’re a fan of Wilco, Conor Oberst and the Mystic Valley Band or any other contemporary or older folk-rock, this is the concert for you.

Dawes will be performing at SOhO on Thursday, Oct. 16 at 7 p.m. Tickets are $22 and can be purchased at nightout.com/events/dawessb/tickets#.VDX_I_nF-So

A middle school girlfriend first introduced Nick Waterhouse to the blues. Though Waterhouse’s music today is commonly categorized under rhythm and blues, his music is an eclectic mix of multiple genres. Tapping into the elements of jazz and soul as well as rhythm and blues, Waterhouse creates an upbeat, retro vibe paired with dark lyrics.

Raised in Huntington Beach, Waterhouse picked up the guitar at 12 years old and began writing music when he was 14. When asked in an interview with Songfacts about his style of music he commented, “Asking me if I write [songs] in a style is sort of like asking a Jamaican person why they talk in the funny way they do.” Waterhouse went on further to explain that establishing his certain style of music was never his intention. Rather, he simply did whatever he thought sounded pleasing and as a result, his product established a style of its own.

Naming idols such as Van Morrison, Mose Allison and John Lee Hooker, Waterhouse illustrated that by trying to emulate his different idols, he developed his own sound. Rather than being bound by the confines of a specific genre or the mimicry of any one artist, Waterhouse’s music simply sounds like himself. His debut single, “Some Place,” was recorded at the Distillery and released in late 2010. Since then, Waterhouse released his full album Times All Gone, toured and involved himself in collaborations. Other noteworthy singles include “Say I Wanna Know” and “I Can Only Give You Everything” which are comprised of a jazzy, timeless beat that also brings with it a sense of nostalgia.

Waterhouse is scheduled to perform at Velvet Jones in downtown Santa Barbara on Oct. 17, during the annual New Noise Music Festival. Amidst many other local and upcoming artists, Nick Waterhouse’s old-fashioned, yet still modern music deems his performance one to watch.

Nick Waterhouse will perform at Velvet Jones on Friday, Oct. 17 at 8 p.m. Tickets are $15 and can be purchased at nightout.com/events/new-noise-fest-nick-waterhouse/tickets#.VDYBbvnF-