The Daily Nexus
News
Jack Johnson Performs at “Come Together: Remember, Reconnect, & Unite”
October 9, 2014 at 5:00 am by Carissa Quiambao 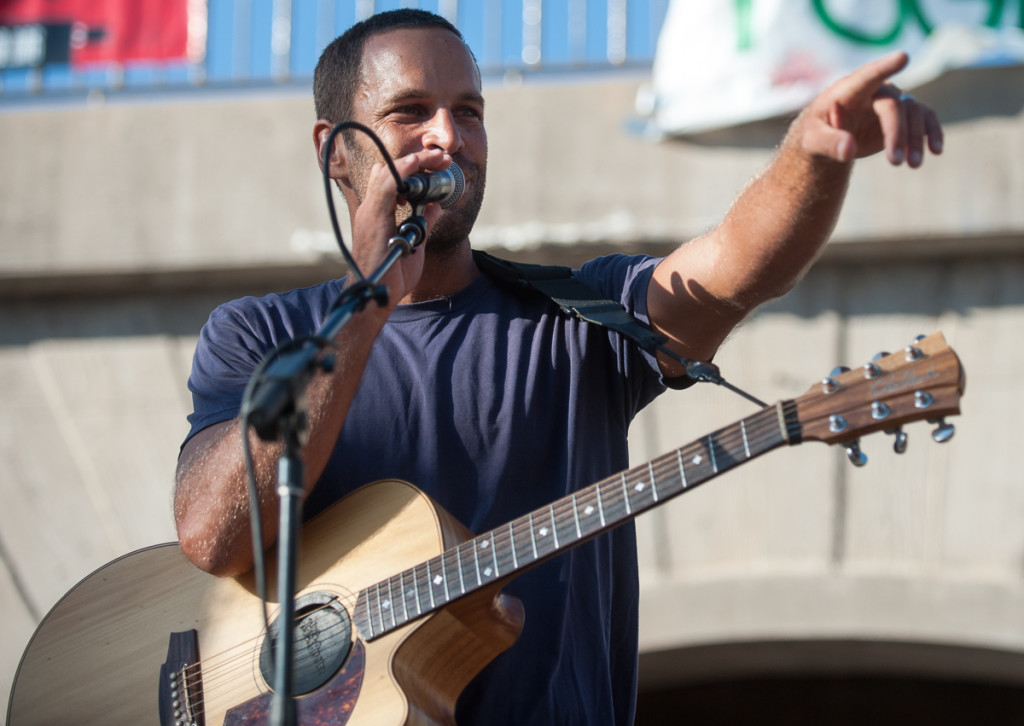 Around 5,000 students gathered at Storke Plaza yesterday afternoon to promote a safer, healthier UCSB and Isla Vista community in commemoration of the six students who lost their lives during the May 23 Isla Vista tragedy.

Hosted by Associated Students Program Board, “Come Together: Remember, Reconnect, and Unite” featured a cappella performances by campus groups Intervals, Naked Voices, Brothers From Other Mothers and VocalMotion, as well as speeches by A.S. President Ali Guthy and Vice Chancellor for Student Affairs Michael Young. The event culminated in a surprise appearance and performance by UCSB alumni and rock musicians Jack Johnson and Animal Liberation Orchestra.

As the first person to speak at the event, Guthy said “Come Together” was organized in order to honor the memories of six members of “our UCSB family,” — George Chen, Katherine Cooper, James Hong, Christopher Ross Michaels-Martinez, David Wang and Veronika Weiss — by remembering them while moving forward with efforts to improve the UCSB and I.V. community.

“As a new academic year has begun and we being to focus on the hopes, goals and dreams that lie ahead, we remember them,” Guthy said. “As we take those moments out of our busy day to cherish what it means to be a Gaucho and part of an extraordinary, caring family, we remember them.”

According to Young, who said he still has “difficulty wrapping [his] head around making sense out of the senseless acts of violence,” of May 23, “Come Together” was formed in order to encourage students to define and determine the character and quality of the UCSB and I.V. community.

“You students individually and collectively have the ability to make Isla Vista and UCSB the kind of community that is not only extraordinarily beautiful and fun but also safe and healthy,” Young said. “I urge you to seize this moment and begin the important but hard difficult work of reclaiming and rebuilding our community. We got this.”

After Young and Guthy spoke, Johnson and ALO musically collaborated, giving students a free performance for over an hour and a half. Throughout playing songs such as “Good People,” “Better Together” and “Banana Pancakes,” Johnson and ALO members commented on their time spent in Santa Barbara and reminisced on the fond memories they associate with their former life in I.V.

A photo essay related to this article can be found here: